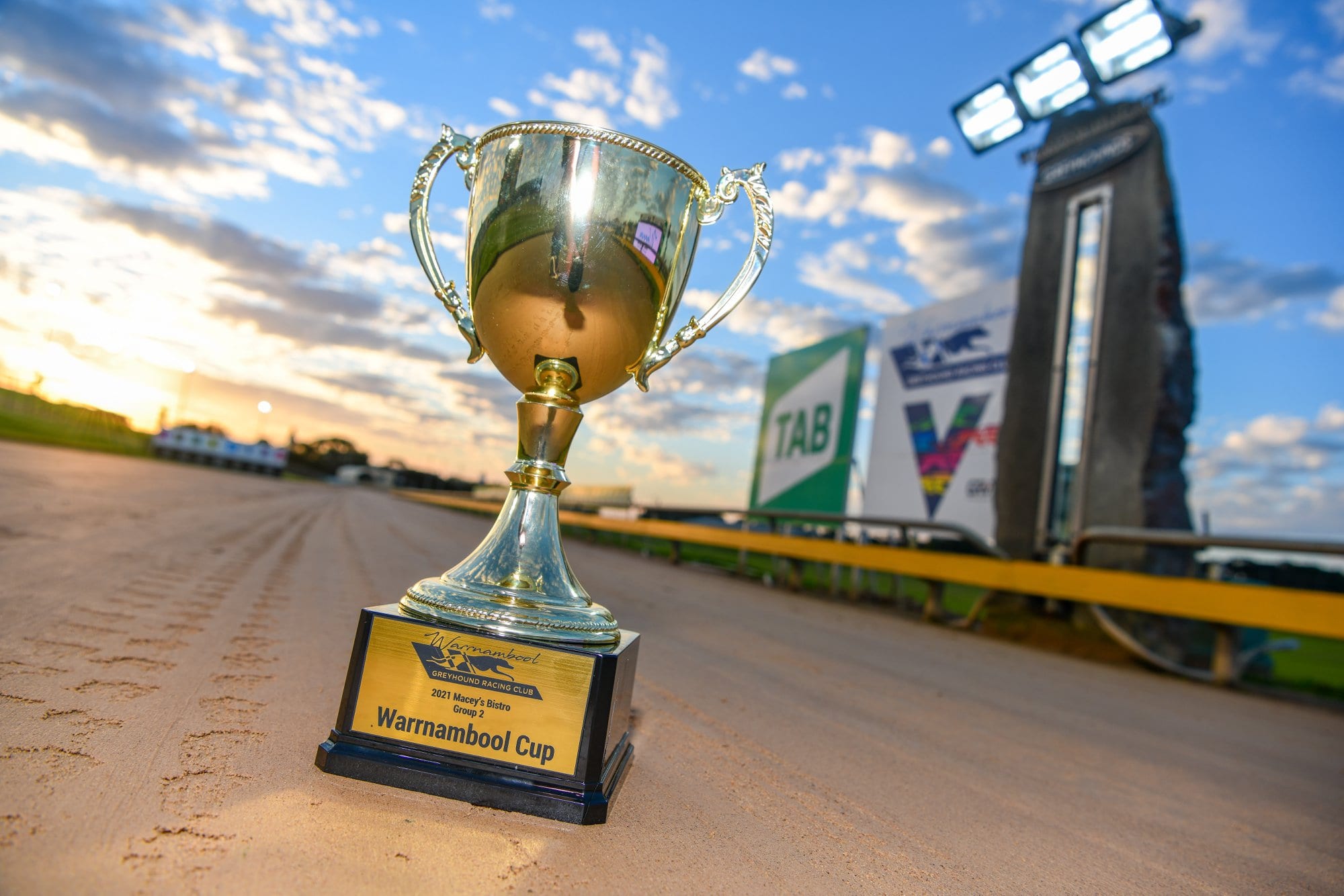 A dual Group 1 winner, Shima Shine was the fastest winner among last Thursday’s star-studded heats, running just .04 seconds (just over half a length) off the 450m track record, which has stood for five years. Online bookmakers have priced Shima Shina at -111.11 to take out tonight’s final.

While history of the Warrnambool Cup is sketchy, this is the 50th year in which records have been kept on the great race.

Shima Shine will need to overcome box 5, however, a draw he has had on three occasions without victory; and with this being such a high-quality final featuring established stars such as Dream Wizard, Jax Bale and Yozo Bale, he’ll need to bring his A-game.

Racing fans will also be treated to a mind-boggling Cup Night Match Race between two of the sport’s heavyweights, Tiggerlong Tonk & Ferdinand Boy, in which a $10,000 winner-take-all prize is up for grabs.

Scheduled in the midst of thoroughbred racing’s May Carnival, greyhound racing’s Warrnambool Cup traditionally draws a strong crowd, and locals are sure to be cheering home Mepunga Warrior, who was bred and is owned by legendary Mepunga East breeder, Barry Smith.

Meanwhile, Qwara Bale is the only greyhound flying the flag for the fairer sex in the final. Two of the past three Warrnambool Cups were won by females, with superstar duo Striker Light (2018) and Dyna Patty (2019) successful.

The Warrnambool Cup is the fourth and final leg of greyhound racing’s new $700,000 Western Festival of Racing, which runs throughout autumn and also incorporates the Horsham Cup (won by Shima Shine), Ballarat Cup (won by Ferdinand Boy) and Geelong Gold Cup (won by Weblec Jet).

Here’s a rundown of the contenders: