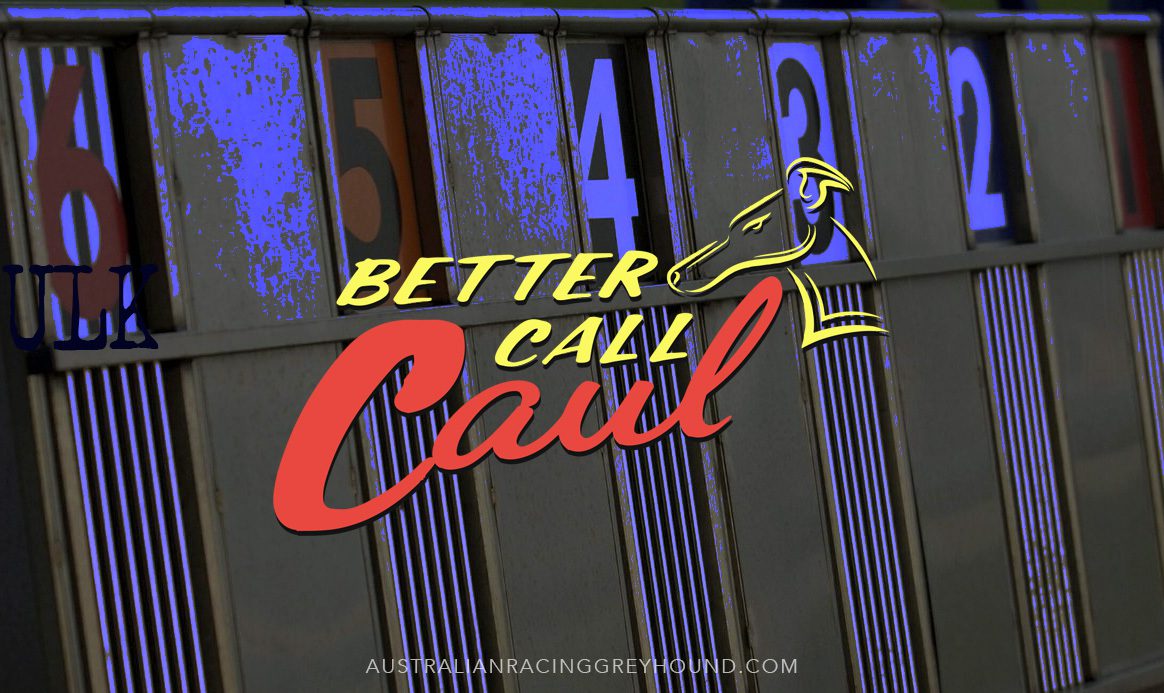 Callaway a Real Pro as He Remains Unbeaten in Derby

Callaway Pro Am will go to boxes as favorite for this years Irish Greyhound Derby and bid to emulate Susie Sapphire who was unbeaten when winning the event last year. Owen McKenna was the man behind Susie’s terrific triumph last year and he will once again be on the end of the lead this Saturday night in Dublin with Callaway Pro Am. Mckenna has won the Derby twice before with the afore mentioned Susie Sapphire, and back in 2004 with Like A Shot.

It was a night packed with incident on Saturday night and followers of Coolavanny Hoffa were left disconsolate after Saturdays first semifinal, looking like a very likely winner heading into the third bend the ante post favorite ended up finishing fourth and ending his Derby challenge.

The first semifinal was all about the early birds Coolavanny Hoffa and Born Warrior, it was expected that the pair would dominate early but Born Warriors tendency to run wide was a concern to followers of Hoffa. At trap rise both came away well with Born Warrior just leading up Hoffa as they went around the opening bends, Cryptopunk and Callaway Pro Am came together slightly on the run up and found themselves three lengths adrift of the leading pair around the opening bends. As they hit the back straight Born Warrior maintained a wide course and Hoffa was forced to switch to the inside as the made their way down the far side. The pair were still three lengths ahead of Callaway Pro Am. Coolavanny Hoffa showed fine pace to slip up the inside of Born Warrior on the third bend and this looked like a race winning maneuver, however Born Warrior came back in towards the rails slightly and Hoffa checked back and switched to the outside. In the blink of an eye, it was all change as Born Warrior went on again from Hoffa who had lost all momentum as Callaway Pro Am slipped into second of the last bend. Up the home straight Born Warrior was all out as Callaway Pro Am swept past with Hoffa just failing to hold the huge finish of Crafty Kokoro who just got the better of Born Warrior for second place. The winning time was 29:64 with just over two lengths separating the first four home.

The second semifinal was a little less eventful. The news broke during the week that Vincenzo has picked up a slight shoulder injury and would not take his place leaving it as a five-dog affair. Ballymac Finn had come in for sustained support all week and went to boxes as $2.10 favorite with his litter sister Maries Wedding his main market rival at $3.50. Maries Wedding was fast away from three as Skywalker Barry missed the start badly. This left plenty of room for Finn on the run to the corner as he displayed good early pace and courage to recover from a moderate start, Finn forced his way through around the opening corner ahead of Maries Wedding with Gortkelly Nestor receiving a nudge from behind from Droopys Nice One as she slipped into third and relegated Nestor to fifth with Skywalker Barry now splitting that pair. Meanwhile Up front Ballymac Finn has shot into a length and a half lead over Maries Wedding, and he maintained a strong gallop all the way to the line coming home two and a half length clear of Maries Wedding with Droopys Nice One three parts of a length away back in third in a winning time of 29:48.

Verdict: It’s a wide-open final with a variety of different scenarios, the only thing that looks certain is that Born Warrior will set the pace, after that you would expect Ballymac Finn and Callaway Pro Am to follow him around. Droopys Nice One in six is certainly overpriced. She has the joint fastest time of the line up and is still only a September 2020 whelp. All eyes will be on Crafty Kokoro at halfway, if she is anywhere near the leaders she can run them down late, she has a massive finishing kick. Maries Wedding has been very consistent throughout the event and is a solid option but needs a little luck for me. It promises to be a fascinating contest and all six runners have genuine chances.

The final of the Michael Fortune Memorial Plate and The Consolation Derby will also feature on the night. The Other Kobe will be looking to get his revenge on semifinal conqueror Kildare in the Plate Final. However, the draw has been favorable to Kildare with both Well Met and The Other Kobe likely to seek a rails pitch early and leaving plenty of room for Kildare on the run to the corner.

If Coolavanny Hoffa takes his place in the Consolation Final, he will take plenty of beating in that contest. Very unlucky to be eliminated form the Derby Hoffa can see off Hoodoo Brown and Gortkelly Nestor, although I imagine he will be a short price to do so. All the action kicks off at Shelbourne Park this Saturday from 19:15 GMT, and it’s all available live on RPGTV, with the three main races live on Virgin Media two from 21:00.

Former Irish Oaks Champion Forest Natalee has turned into a smashing brood bitch and this Sunday at Swindon she will have five of the six runners from her mating to Magical Bale. Its not uncommon to see a couple of runners from the same litter in major finals, look at the Irish Derby final this Saturday where we have siblings Ballymac Finn and Maries Wedding, but to have five is an astonishing achievement. Preference is for Signet Denver to have the family bragging rights. Fastest of the semifinal winners, a repeat should suffice.

The Birmingham Cup and St Leger both continue at Perry Barr this Thursday evening with both events at the semi final stages where just two will progress from each semi.

In the Cup Master Ten Ten could be hard to beat from red in the opening semi final where his main danger looks to be Ballymac Conti in box two, the draw should just swing in in favor of Master Ten Ten. The second of the three-semifinals sees a thrilling clash between Infield Trojan and Ivanexile, both were outstanding when winning here last week and look a cut above the rest. I’ll go with Innfield Trojan to shade it. In the last of the heats take a chance on Vixons Flyer at a big price, if she can lead up the inside duo of Burnchurch Mick and Goldies Perryman she could go well at fancy prices. Billis Tudor in six is not without a chance.

The St Leger has an identical format and is also at the semi final stage. A lot of old favorites line up in the first semifinal, Callmesteve was the quickest in the previous round, but the likes of Darbys Delight, Cochise and Savana Volcano are not without chances, Antigua Sugar races from six in this, but was a little disappointing last weekend. The second semi will surely go the way of Havana Lover if she can reproduce anything like last weeks stunning 42:82 win. Savana Beau could chase her home from a good draw while the last of the heats can go the way of the fast-finishing Droopys Jungle.
Champion Hurdle Final at Central Park.

Lenson Doolin has a big advantage over his rivals on the clock and his jumping has improved. Borna Rhythm will be his main danger, although slower on the clock last week Borna Rhythm did suffer interference around the opening turns and remains capable of better. Sundays Final will be broadcast live on RPGTV at 20:17 GMT.