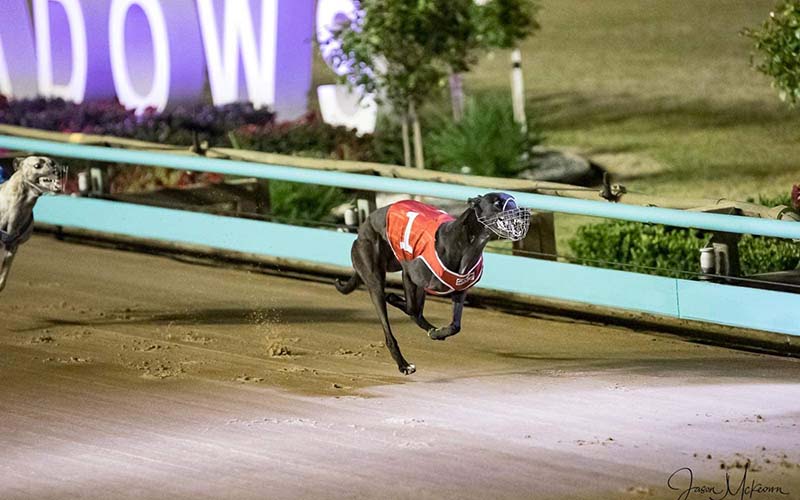 In what is arguably the best day of racing for the greyhound club for the calendar, six heats will be conducted, with the six heat winners and two fastest seconds proceeding to the following weeks final at Tara Raceway.

Both classy South Australian and Victorian greyhounds feature on the program, with trainer, Ben Rawlings, coming over from Adelaide, local leading trainers Tracie Price and David Peckham will again feature, while many Victorian trainers are taking the four hour journey up the highway including, Jeff Britton, Kayla Cottrell, Daniel Gibbons, Jessica Sharp and Angela Langton.

The cup heats will start in race three and will be run over 512m, with the last heat concluding in race eight.

Tracie Price has nine runners engaged in the heats so he must be a solid chance at getting one through to the big dance.

Avalon’s Jessica Sharp has two key chances which both have different racing patterns.

She said with the right runs in transit, both runners will be thereabouts going into the home straight.

“Devel Sixteen is a very quick bitch when she gets on the lure and she will be running on strong behind,” she said.

“Aston Lavinia sets herself up with her quick early speed and is reasonably strong with past 600m form.”

WITH a handy draw in box two, Devel Sixteen is labeled our best bet tip at Mount Gambier as we think she goes a few lengths quicker from inside draws. Phil (RedEye) Lenehan has the in-form Lektra Rhino engaged in box one and we are predicting it to lead with Devel Sixteen getting the last crack at it. Devel Sixteen got the money over 595m at Sandown Park on March 17 after lobbing second early and then taking control soon after. She is on the comeback from New South Wales where he was sixth over 520m at Wentworth Park last weekend and she has likely had a light week on the track, so hopefully for punters she is ready to ping the lids.

KEEP It Black is not the fastest greyhound in the race it’s safe to say. That title goes to the Daniel Gibbons trained Titan Blazer, which ran in the Melbourne Cup recently from an unfavorable draw in eight. Unfortunately for the Gibbons team, he draws poorly again in five which may set up room for Keep It Black around the first turn. Titan Blazer will likely come in to try and get to the fence on turn one, which may hinder the chances of the greyhounds inside of him, therefore opening the race ip for the Angela Langton trained Keep It Black. Because we are relying on luck in this one, or you could say bad luck, I think we would be wanting around $3 or $4 to make it worth our while.

WE won’t be getting great odds but we still think this greyhound may present value if it gets out to around $4.00 with Australian greyhound bookmakers. Despite being poorly away from his last two, this son of Mepunga Blazer x Times Square is usually pretty reliable early, and with the vacant box next to him and a relatively quick beginner in Aston Lavina in five, he might be able to follow her over.