Bill Conroy has tonight been announced as one of the inaugural 36 inductees in to the Victorian Greyhound Racing Hall Of Fame.

Bill Conroy became Chairman of the Melbourne Greyhound Racing Association in 1979 in the days when thousands would go through the turnstiles at the club’s home base at Olympic Park in Melbourne’s CBD.

Conroy held the post for eight years before ill health forced his retirement in 1987.

“As Chairman of the MGRA he was completely impartial…straight down the line”, said John Stephens, who was on the MGRA committee under Conroy’s reign.

“He was a gentleman…quiet, unassuming and considered. I never heard him speak ill of anyone”, he added.

Stephens, who is now the CEO of Greyhound Racing Victoria, said there was one occasion however, where he witnessed an uncharacteristic outburst from Conroy. And unfortunately for Stephens, he was the person on the end of his wrath. 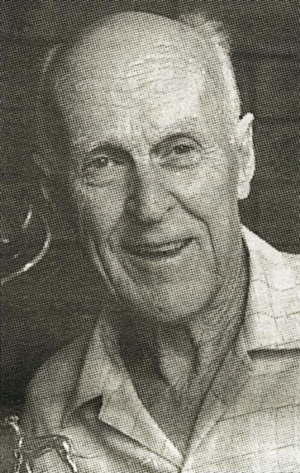 “I knew Bill reasonably well over a long period and I only saw him get angry once, and that was with me. It happened while he was MGRA Chairman and I had been assigned with the job of organising promotional activities for the Club’s Silver Anniversary. I worked frantically for about six weeks and then presented my plan to the MGRA Committee”,

Stephens said. “One of my ‘bright’ ideas was to name all the races on the night in question after people who had been great contributors to the MGRA. I may have been a little insistent that this be the path we take and this led to Bill banging his hand on the table and screaming ‘this won’t be happening while I’m Chairman.’ I was bewildered until he explained his reasoning was ‘it is not because of the people you put in [name races after], but because of those you leave out’.”

In all Conroy spent a total of 31 years as a Director with the MGRA after starting his career in greyhound administration with the Greyhound Racing Control Board in 1963.

Conroy’s knowledge of greyhound racing stemmed far beyond the administration of the sport however. He was a leading owner, trainer and breeder for over four decades and trained for many years in conjunction with the father of the girl he married, Jennie Klugden.

In days when it was common practice for trainers to set their greyhounds to win particular races so a fortune could be made on ‘the punt’, Conroy was as shrewd as they came.

“He was a ‘money trainer’. When he put his money on [one of his dogs] they always won”, Stephens recalled. “He was probably among the top 10 trainers in Victoria during his time and a lot of his greyhounds had the ‘Idle’ prefix.”

A brilliant man with a greyhound, Conroy was happy to offer advice, but only if you asked him directly.

“He was a wealth of information, but he would not share his knowledge unless you asked him specifically. When it came to dog ailments and feeding, Bill [and Jennie] knew just about everything.

“I remember mentioning to him a couple of times about a dog I had that had split its webbing, but he offered no advice. A few weeks went by and I was still having trouble with this dog’s webbing, so I asked Bill if he had any ideas on how to repair it. It was only at that point that he told me exactly how to treat it and said it would be fixed in 10 days, and sure enough he was right. But he only told me because I specifically asked for his advice.

If you didn’t ask him directly for help, he wouldn’t tell you. That’s how he was”, Stephens added.

Bill Conroy was about 80 years old when he passed away in the mid ‘90s. This was around the same time that the doors closed on Olympic Park, a greyhound stadium of which he proudly served as Chairman, and one that signified glory days of the sport.