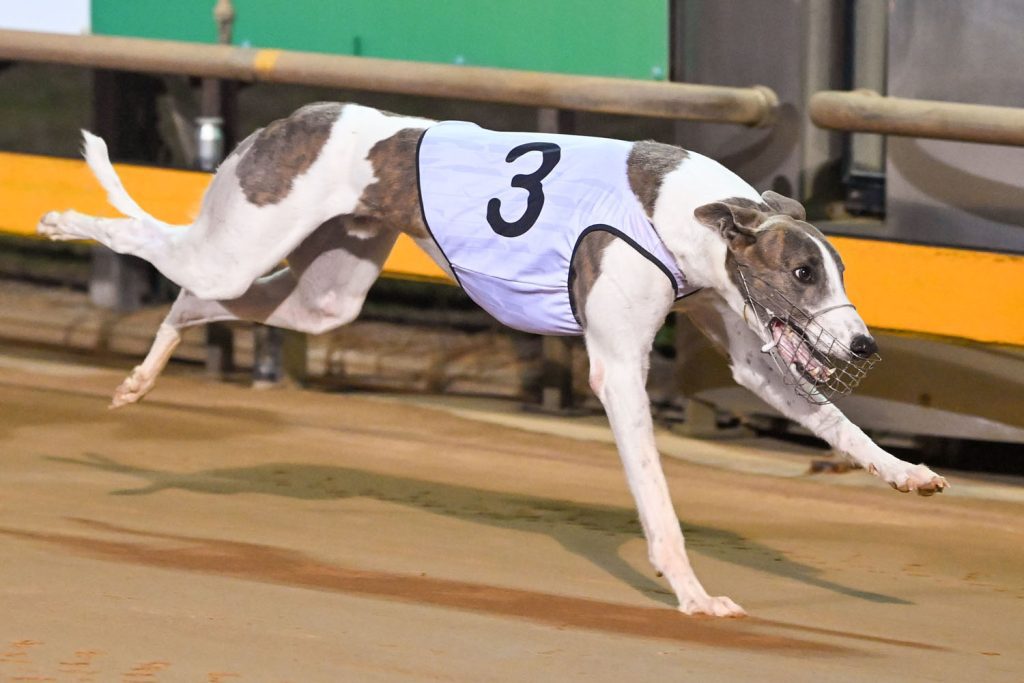 After starting just fairly, the country cup king showed great momentum and when he railed up and hit the front it was basically over.

The David Geall-trained chaser got out to backable odds too, paying $3 on fixed-odds betting.

The champion sprinter defeated the Brooke Ennis trained, Old News, followed in by Mepunga Mustang who was well tried late for Robert Britton.

Out of Ferdinand Bale x Nayla Swift, he has now won four group two country cups and there will be more to come if his Warrnamool run is anything to go by.

Other highlights of the evening included, the match race, which saw Substantial (Anthony Azzopardi) and Hennessey (Ashley Terry) battle it out, all for Substantial to get up by a nose in 25.21 which kept punters happy considering he was backed into $1.20.

In race 11, Panama Canal, continued his winning ways making it nine wins in a row, winning over the 390m in a blistering 21.79 which kept punters happy considering he was backed into $1.40.

Jess Hopkins has the son of Superior Panama x Zipping Yoko flying and all eyes will be on Warrnambool again next start to see if he can make it 10 wins in a row.

Club manager, Craig Monigatti, said the night was a hit with both horse racing lovers, greyhound lovers and families.

“We had a large crowd in attendance with a large turn out from the Warrnambool races, which was great to see racegoers of both the greyhound and horse racing codes mixing it up,” he said.

“Ferdinand Boy was a deserved winner and congratulations has to go to David Geall, the trainer, who is one of the best trainers in Australia.

“The night isn’t possible without the help of great staff, the committee, members and volunteers, and it was refreshing seeing large crowds gathering in a respectful manner after two years with no crowds due to COVID.

“Ferdinand has been the dominant greyhound in country racing over the last two years with four country cups to his name and still the possibility of more to come. He’s a champion.

“He was the favourite so hopefully punters won a little bit of money during the night which hopefully added to their experience at Wannon Park.”