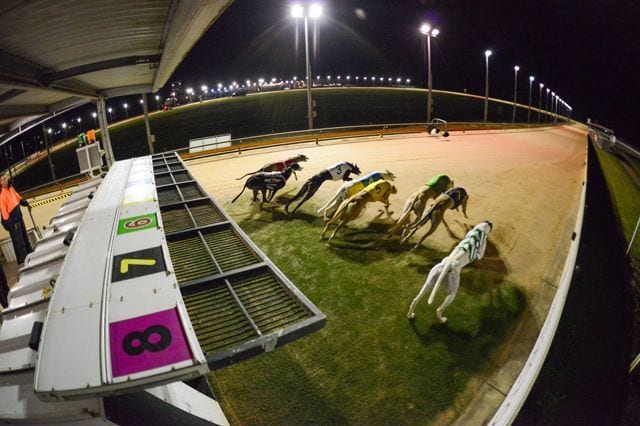 Maybe there’s a bit more to the GRV experiment with 6-dog races for Maidens over 12 weeks or so later this year – quite apart from the fact that the idea appears screwy and unnecessary.

To check how things are going, I ran a check of a full week’s Victorian racing to see how big the fields were. Here is what I found:

This covered 299 races so 47 races were actually run with 6 dogs – more than enough to start the ball rolling for a study of such races.

The GRV aim is to improve safety – presumably meaning less interference and therefore fewer injuries. But, taken over a year or two, GRV already has on the books a huge array of evidence to show what happens when fields are smaller. That would also involve a range of distances, experience levels and dog qualities which will not be possible if using Maidens at the three selected tracks.

Further, the above check reveals that fields averaged 7.1 starters over the week, which was only slightly below the 2020/21 figure of 7.2 published in the Annual Report (itself a decline over earlier years).

Interpretations of Maiden races would always be arguable (mainly because they are still learning how to organise themselves) so any conclusions will vary from slim to useless. On the other hand, using a wider range of tracks, distances and dogs of varying experience might offer a more useful outcome.

I say “might” because (a) it is hard to know exactly what information GRV is seeking or (b) how they would measure it. The experimental numbers at three different tracks will never be sufficient to ensure statistical reliability, even less so if a variety of distances is used.

But let’s stand back and consider the big picture. Could this be a backdoor approach to converting all race fields to a maximum of 6-dogs? (That has already occurred in part in South Australia). That would recognise the current shortage of dogs, mainly due to lower breeding numbers, while maintaining race numbers at the current level. The assumption there is that those races will sustain betting volumes regardless of how many starters there are. I have no way of assessing that outcome but GRV, Tabcorp and the corporates would have. Still, conversion of all races to the smaller format must carry some risks.

And there would be costs. First among those would be a decrease in the ability to offer racing opportunities to slower dogs, leading to a reduced incentive for breeders. Re-homing efforts would be put under more pressure. Then there would be a radical reduction in dividend sizes and much less incentive to chase after Trifecta and First Four options. Punters would need to recast their approach to race analysis. All this poses greater financial risks to breeders, owners and trainers.

Of course, some trainers might not object too much as their chances of winning prize money would increase a little (something GRV mentioned when adding new meetings some time ago).

My own theory is that any safety improvements identified would be minor and hard to validate. Interference occurs in virtually all races and perhaps half of it is due to random moves on the part of one or more dogs. The rest is forced onto the field by peculiar features of the track – the most common being positioning the start too close to the upcoming turn.

Another is the brainstorm (re-)introduction of drop-in boxes which are pushed up to the line of the running rail, thereby providing less room for the field to use. We already have damaging evidence of that at Shepparton and Horsham, while Traralgon is yet to be evaluated. Then we have minimal cambers at some tracks and uneven or too-small turn radii at others.

Examining races falls (which I do routinely wherever possible) shows that the vast majority occur amongst groups of two or three runners when legs tangle or one dog runs into the backside of another. You do not see a group of six, seven or eight dogs smashing into each other apart from at the jump. Rather the field quickly breaks up into nippier and slower beginners. Whether that involves an overall field size of six or eight is not so relevant because the dogs themselves break the field up.

This is probably why an earlier experiment with “six-doggers” at Lismore a couple of years ago proved to be a dud. It showed nothing unusual and no report was ever published. It died on the vine.

Similarly, even earlier trials with drop-in boxes at Bulli were also unproductive and were dropped.

The only conclusion is that GRV’s proposed experiment is likely to offer nothing new in the safety area. And, given the easy access to hundreds of other six-dog races on GRV books, it amounts to a waste of time and effort. The experiment is not fair dinkum.

Besides, it would be much better to apply that effort to detailed surveys of existing tracks to determine precisely how they are structured and what if anything contributes to interference. Begin with the numerous bend starts now clogging up the landscape. It is not rocket science.

While they are at it, it would be more than helpful to pin down the reasons for all the broken hocks at Sandown (see earlier article).

So that leaves us with the possibility of a major shift across the state to all 6-dog fields – justified only by a dubious theory that safety will be improved. That does not really rate. It may be costly and there are other ways of skinning the cat.

On the never ending question about how to obtain information from greyhound authorities, think about this quote from an old Greek friend (thanks to a contributor to The Australian).

“The Greek philosopher Aristotle was accredited with saying: ‘there is only one way to avoid criticism – do nothing, say nothing and be nothing’.”

I see what he was getting at.

Speaking of Greyhounds Australasia (GA), note that a new Chairman is being sought. Amongst the desirable requirements listed in the advertisement is that he should have a “Proven record in leading Boards, ideally within the not-for-profit sector”.

What on earth can experience with a non-profit have to do with an out and out commercial undertaking like greyhound racing? These guys just don’t get it. Surely it’s time that everyone had a big think about what GA does and how it should work.

Certainly, raceclubs as corporate entities work on a not-for-profit basis but nobody else in the industry does and nor should they. These days, race clubs are dedicated to survival, or maybe doing a little better than last year. That is why they never have the cash to effect needed improvements and have to go cap in hand to the state authority to beg for help. It also means there is little incentive to improve efficiency or even to broaden their customer base.

Yes, we owe a debt to all those volunteers and working bees from past years because they ensured that the greyhound code not only survived but flourished (at times). But that no longer measures up in today’s world of intense and widespread competition. Nor does the operation of Greyhounds Australasia. It has failed us too often.