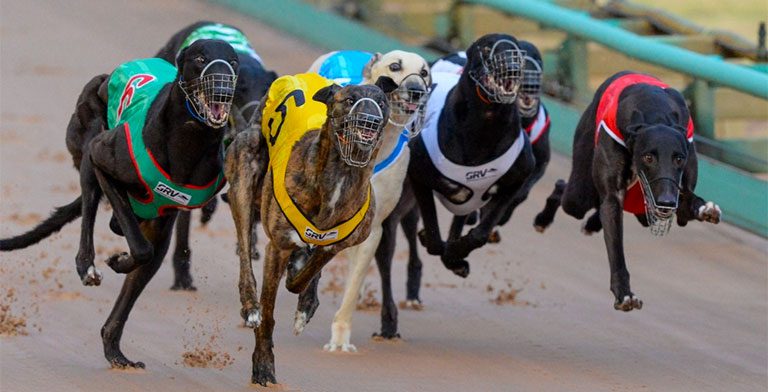 A former partner of a greyhound trainer has shared with AustralianRacingGreyhound.com the incredible efforts most trainers go to when caring for their race dogs.

The 70-year-old woman, who didn’t want to be named, was in a relationship with a Victorian greyhound trainer for 30 years and explained some of the efforts – and nightmares – that her partner and she went to in order to keep their team of four race dogs sound.

Jenny, as we will call her, despite separating with her partner some years ago, confirmed the pair were still “very good friends” but living together with four greyhounds had taken its toll.

“People just don’t realise the amount of effort most greyhound trainers put in for their dogs,” she said.

“Yes, there are some cowboys out there, but most do the right thing and non greyhound people would have no idea really.”

Her former partner – Bob, as we will call him – trained greyhounds for 40 years. The pair met in 1980, before they trained the greyhounds together.

“We usually had two to four dogs and we raced them most weeks,” Jenny said.

“Bob would try and place them in the right races and we would drive hours to try and win a race, sometimes in New South Wales and sometimes in South Australia.

“It was a lot of fun but then unfortunately they can let you down really with injuries and that and then even back then you would have the bigger trainers such as Graeme Bate, the Dailly brothers and the Brittons to compete with and you just couldn’t compete with the bigger kennels who had over 100 dogs each.”

Jenny highlighted the pair’s weekly routine which happened regularly for more than 20 years before they separated.

“We would trial, get them checked and then hydrobath them midweek. Then most weekends we would race,” she said.

“We couldn’t really go away because of the dogs and if the dog got an injury at the track, Bob would want it inside the house to treat for a few weeks.

“We never really had a real city dog, but once one of our better dogs we had that could compete with the big trainers got glass in his foot. Bob was so upset and I thought, ‘No, no, no… here we go again’ and that dog spent the next month inside the house. He only raced two more times and was never the same.”

Jenny was a country girl who, after spending 30 years in Melbourne, decided to head back home away from the dogs and her partner.

“The story isn’t about me but yes the dogs probably cost us (relationship) in the end,” Jenny shared.

“That’s why I’m telling you this because people out there don’t understand the efforts that the majority of trainers put in. It sort of just got me one night, Bob said, ‘Lets go, we are racing at Warrnambool tonight (three hours away).’

“I looked at him and said ‘no’. It was a cold winter’s night, we were in the last race at 10:45pm with one bitch and she really had no chance.

I didn’t go that night which was rare and she finished fifth or sixth. I waited for Bob to get home, thinking he would come to bed at around 3am or something, but by 4am he wasn’t in there.

“I got up and there he was icing the bitches feet in saltwater watching the taped replay of the race over and over again. He asked me to watch it with him so he could show me where she had gotten checked. I said ‘no’ and went back to bed.”

“I hope people that hear this story know exactly how much time most trainers put into their dogs… they treat them like royalty a lot of them, and they shouldn’t be getting a bad reputation,” she said.

Very interesting story. I admire these trainers and feel for the low points that they inevitably suffer. Kudos to you all! 👏

If only this were true. My youngest, at 18 months old, was taken to a Pound to be put to sleep and rescued by the wonderful rescue we then got her from. Young, healthy, but she had no prey drive, her only crime, not raising cash in this industry. Animals will always be abused when it comes to gambling, whether there are some good owners out there or not.

Is this a joke, I’m sorry but we who rehabilitate these more animals go through more, never read such bull 💩in all of my life,