Greyhound racing in Queensland will have a new prizemoney format from September 1.

“The new format has been brought in to allow for the introduction of a UNiTAB and Sky Channel covered race meeting in Townsville,” said Beavis.

GQL will switch the Tuesday night meeting from Albion Park to Townsville from September 1, the date of the first meeting. “We had hoped to commence TAB meetings in Townsville from 1 July but the installation of cabling will now not be completed until the end of August,” said Beavis. GQL is working with Sky Channel in trying to bring the commencement date forward.

“The Class 2 race meetings at Albion Park and Ipswich will have a redistribution of prizemoney because those clubs now have only one each Class 2 meeting.

“To the end of December, Ipswich will have two Class 3 race meetings and Albion Park will have one, and we have significantly redistributed the prizemoney available.”

Beavis said the Directors of GQL had discussions with the clubs involved before altering the Class 1, 2 and 3 format.

“The Directors of GQL and the committee of the Brisbane Club felt a premier night of racing was needed and this should continue on Thursday nights,” said Beavis.

Beavis said included in the redistribution was a significant increase in prizemoney for Maiden races, and a doubling of unplaced prizemoney for Class 2 and 3 race meetings.

The new racing schedule from 1 September will be:

The revised prizemoney schedule is detailed below : 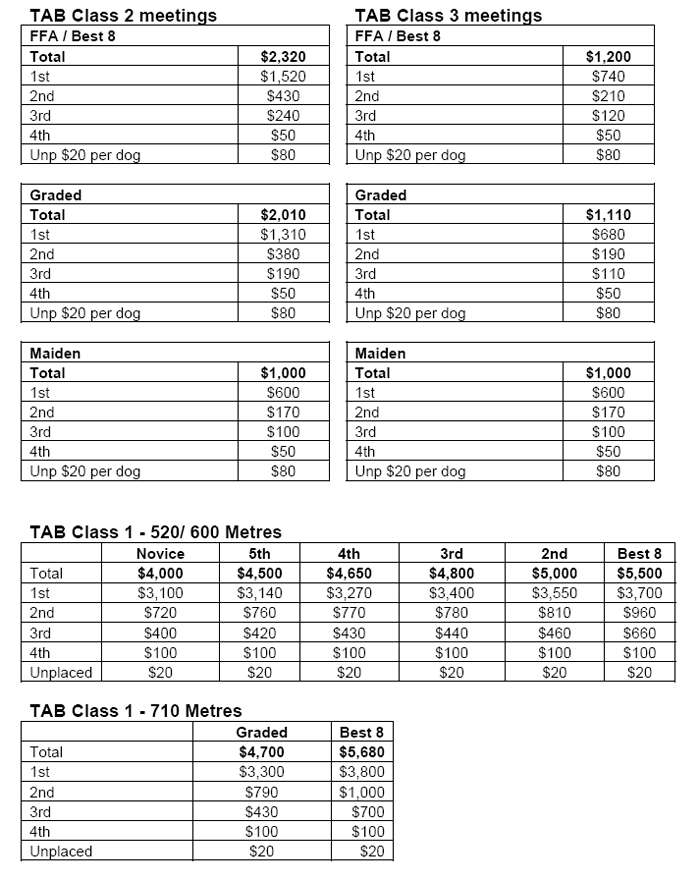