The centerpiece of the Winter Carnival will once again take place at Albion Park on July 8, with the $375,000 Group 1 Brisbane Cup expected to attract the nation’s biggest stars.

The feature evening will also host the $150,000 Queensland Cup, making it one of Australian greyhound racing’s biggest nights, with more than $600,000 in total prize money up for grabs.

In the lead-up to the Brisbane Cup, the Origin greyhound series returns on June 17 with two $60,000 Group 3 races – the Origin Sprint and Origin Distance – where competing dogs will be selected by Queensland and NSW respectively.

“It is our aim to position Queensland as the place to chase throughout the winter months, and this program ensures that all eyes will be on the Sunshine State.

“The Brisbane Cup remains amongst the world’s richest races, and we saw in 2020 that even with the restrictions in place, the Group 1 feature was still able to attract the nation’s top-tier chasers.”

“All the favourite nights will be back in full swing, including the Greyhound Origin Series and Super Night, culminating in the Brisbane Cup and Queensland Cup,” Gatehouse said.

“With the exceptional prizemoney on offer across this year’s carnival, we are anticipating strong interstate representation to take on our local stars.”

On the same evening, the re-imagined $27,500 Listed Dashing Corsair stays at the 710-metre distance, making it the perfect lead-up to the Group 3 Super Stayers Invitational and the Group 1 Queensland Cup. 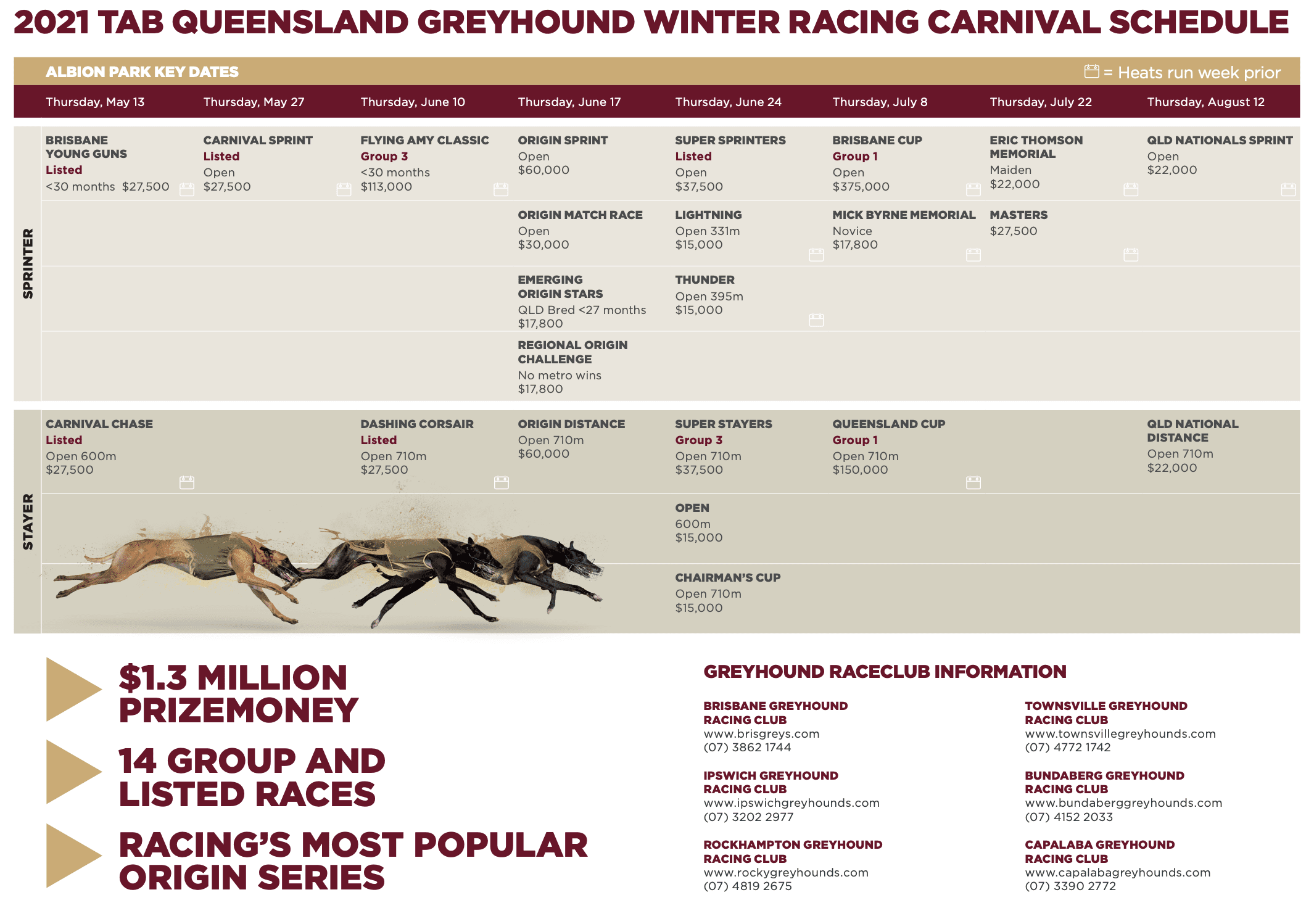