Last Saturday evening at The Gardens saw the second running of the Harry Connor’s Memorial Final, with Noel Mccaskie and Twist Of Blue successful in taking out $3,500 winners purse.

Beginning brilliantly from box one, the daughter of Collision and Restless Style notched up her third straight win in a fast time of 22.76 over the 400m. Graeme Henderson’s Gralin finished in second place and Hurricane Cozza for Anthony Gannon wound up in third.

Race organiser Tony Pearce was delighted that the race would raise much-needed funds for a charity close to Harry’s parents Scott and Jen.

“Unfortunately Harry was only 28 months old when he died in a tragic accident. We put on this race so all his family and friends could come together to celebrate his life and memory.”

“It really gives his parents a boost knowing he isn’t forgotten and last year was a huge success, with all tickets sold out. We raised around $5,000 for last year’s charity, so hopefully we can go close to that again.”

Unfortunately due to another tragic incident in the Connors family, the function to accompany the race final on Saturday night was postponed to a later date, to be advised.

Any sponsors and people wishing to purchase tickets to the function, can contact Lake Macquarie Tavern on 02 4948 7666.

Donations will be graciously accepted and can be deposited into the following bank account: 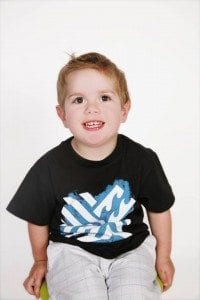