Head Honcho has tonight been announced as one of the inaugural 36 inductees in to the Victorian Greyhound Racing Hall Of Fame.

Phil and Barbara Pryor were enthusiastic students of greyhound bloodlines. They were the sports head honchos on ancestry and applying it to breeding selection.

Subsequently the Pryors commercially developed their incomparable knowledge and analysis of pedigrees with the birth of the Independent Breeders Guide.

“We were very keen on breeding and used to keep statistics on bloodlines… And we were always on the lookout for pups,” Phil Pryor said.

But a conversation with Devon Meadows studmaster Kevin Kelly around 20 years ago led to a life-changing experience for the Pryors.

And Pryor says it was more luck than prowess on pedigrees that led them to Head Honcho, who was to become a stud icon.

“I asked Kevin if he had recently mated any good brood matrons with his champion sire Walkabout Sid, and he replied, ‘Fitzroy Lass’,” Pryor said.

“He had first call on one of the pups but added, ‘if you like, you can have it’.

“So we went to the breeder’s property to inspect the litter, and there was one pup which just stayed curled up in the kennel. That was Head Honcho, and we paid $1500 for him.” 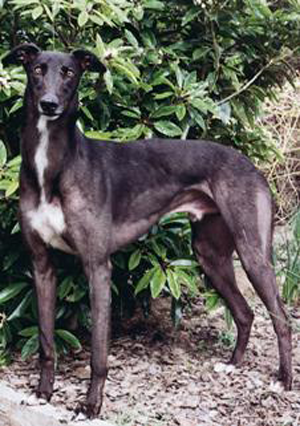 Head Honcho commenced his race career on April 5, 1992 progressing undefeated through the Shepparton Maiden series. At only his fifth start, he broke the Bendigo 430-metre track record clocking 24.23sec.

He then went undefeated during the 1992 SA St Leger series at Angle Park, and later that year snared the SA Derby.

“He was a real speed freak… Once he hit the ground his pace was enormous,” Pryor said.

“But he damaged a toe and we decided to retire him… We didn’t want him to have an operation to remove the toe as he’d been good to us.

“However, canine chiropractor Mick Marlow fixed the toe and he returned after a nine month break to win the 1993 Shepparton Cup and finish fourth in the 1993 Melbourne Cup.”

And an amazing chapter in stud history closed with Head Honcho’s final mating before his death – Sporty Lady on November 15, 2001.

Not since the immortal Chariot Supreme have we witnessed a sire dominate the stud rankings, with Head Honcho leaving a lasting legacy on the breeding scene.

“At the time you don’t realise what you have until it’s over,” Pryor said.

“He was only serving around six dams per month for the first couple of years, but his first crop was an instant hit… The stud industry is very competitive and he’s had a big impact on the breeding scene.”

“I actually choked up when told he had been inducted into the Victorian greyhound racing Hall of Fame.”

“We didn’t just lose a champion stud dog, we lost a member of the family who was loved by all,” an emotional Phil Pryor said at the time.