GRV today released the names of another four of the 36 inductees – Chris Flint, Ken Carr, Henry Harrison & Lizrene. This brings the number of releases to six, with the remaining 30 inductees to be announced on July 12.

A top junior sportsman, Ken Carr was raised in Essendon and educated in Canterbury. His sporting loves were cricket and football – including lacing up the boots as a player for Essendon thirds in the VFL – and later tennis after relocating to Frankston with his wife Brenda.

Carr’s parents were greyhound racing enthusiasts and, in 1958, this led to his part-time employment with the then North Melbourne-based Melbourne Greyhound Racing Association. He was a MGRA gate attendant at Olympic Park from 1962-66 and part-time office copy boy until appointed club grader in 1966.

He was considered an icon in MGRA circles and was the club’s secretary-manager from 1971-89 before his appointment as Greyhound Racing Control Board executive director, a position he held until 1996.

Carr was totally dedicated to the sport and its progress, and sustained a high level of administrative excellence. 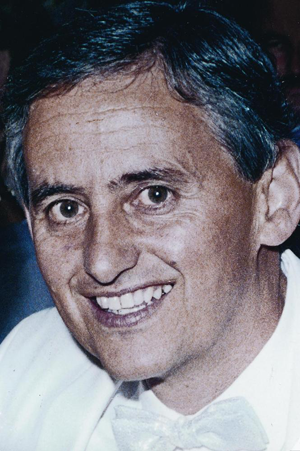 Greyhound Racing Victoria Board Member John Wardle, a close friend for more than 30 years, said Carr was an “innovator”.

“Ken recognised the need to market and promote the sport, to secure sponsorship,” Wardle said. “He always ensured there was a lot of razzmatazz surrounding the big events.”

The Ken Carr Medal is considered the highest award for excellence within the Victorian greyhound racing industry. The award, for special or outstanding contribution to greyhound racing, requires the recipient to clearly demonstrate four key qualities: skill, integrity, empathy for others and leadership.

“Ken would have been chuffed that the industry would recognise him in this way,” Wardle said.

Carr also lifted the profile of the Australian Cup – aligning it with the Moomba Festival. He also brought further glitz and glamour to Olympic Park with the regular appearances of models and high profile sporting identities.

As GRCB executive director, Carr was a proponent of central grading and telephone nominations. He also championed lighting upgrades and the installation of new starting boxes at all clubs.

Carr also knew how to win friends and influence people, including politicians, sponsors – and the media.

His invitations to industry scribes for ‘long luncheons’ in Chinatown was an astute public relations ploy that was considered more media management than manipulation.

Ken Carr will always be remembered as one of the truly great greyhound racing administrators.