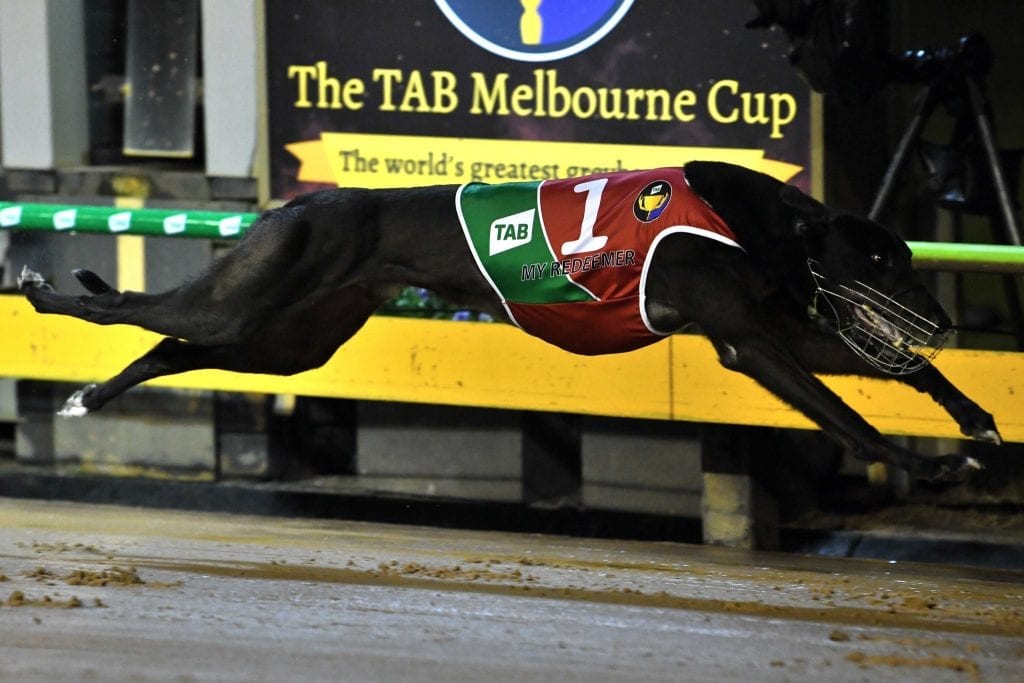 Drawn in box one in the $630,000 Group 1 final, My Redeemer used the inside draw to full advantage, holding the rail throughout the 515m feature to hold off previously unbeaten Black Opium ($3.00Fav) by four lengths with She’s Gifted ($6.50) third.

It was the second time Geall has had a runner in the Melbourne Cup, with My Redeemer’s older half sister Up Hill Jill missing a place last year.

“As a trainer we all just hope we can one day win a Melbourne Cup, but you never really think you will,” Geall said.

“My Redeemer is such a courageous dog. He’s a great little chaser and he’s so powerful.”

“I’m so proud of him. To breed a greyhound that goes on to win what is regarded as the world’s greatest greyhound race is so surreal.”

It was My Redeemer’s 20th win from 42 starts with the $435,000 first prize taking his career earnings up to $647,870 and putting him firmly in to 13th place on the all time greyhound prize money record list. Only Million Dallar Chase winner Mystic Riot stands ahead of him from the current racing pool of greyhounds.

It was his second Group 1 win after taking out the Harrison-Dawson at Sandown Park in May.

Barcali was bred in Warrnambool by Noel Mugavin, an uncle of AFL great Jonathan Brown.