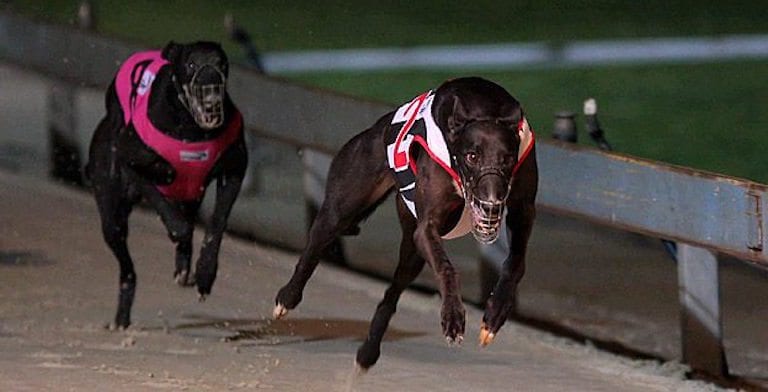 Where have all the stronger dogs gone? In NSW anyway?

Checking through some 500 races in a recent week in Victoria and NSW, it was concerning to see that 61% of them were run over 400m or shorter trips. (This discussion leaves out Healesville straight track races, for which there is no comparison in NSW).

But it hides a bigger story.

The short trip preference accounted for 48% of races in Victoria but a whopping 80% in NSW. That’s a new trend and it is spread over virtually all NSW tracks. From another angle it’s even more extreme, as 36% of all NSW races were run over the ultra-short 259m-340m distances.

The recent absence of Wentworth Park opportunities is not really relevant (although the prize money may be) because there are plenty of other tracks offering 500m-plus trips. In any case, prior to shutdown, Wenty was also bringing down the averages by offering regular 280m races – but why is that so? To say nothing about the Neds 280m series pushed by GRNSW last year, together with some very expensive newspaper advertising (the relevant costings and incomes of which have never been published). Nice try, but what did it gain?

What is more relevant is that some of those shorties have appeared from nowhere – new boxes suddenly popped up at Lismore, Grafton and Bulli – thereby soaking up funds from GRNSW to pay for the extra boxes. At Richmond, 330m races were once uncommon and usually confined to a yearly specialty event. Now there are more than a dozen every week.

The frequency of short races appears to have increased at The Gardens and Dapto. TAB newcomers Dubbo and Wagga, which traditionally have had a high proportion of short races, are continuing the practice despite their promotion to the higher prize money level. It’s everywhere, like the virus.

GRNSW has added fuel to the fire by scheduling top 5th Grade prize money for most of the shorts, including common rating Wenty 280m events with 520m races. They both pay the same.

Any prize money variations were small and only for higher-grade races, not for longer or arguably more important events. Again, that’s a function of GRNSW policies, although it is also a pattern adopted by GBOTA at its own tracks, starting with the time it took over the running at Bulli from the local club, after which 400m racing proliferated and later the 340m option emerged with the full $1,500 paid for graded races.

The excuse, if that is the right word, for the growth in short races is always the same: “It’s what trainers ask for.”

Perhaps so, but is it best for the industry?

One of the first answers to that question is that Victoria is not a party to it. Save for Cranbourne, where some three-quarters of all races are over 311m, the state has no racing below the 400m bracket. It used to, but no longer.

Second, it is arguable that 300m racing is not real racing at all, but just a test of jumping ability. First out, best dressed is the common pattern.

Third, while the current tote* betting scene is dominated by mug gamblers, the progressive disappearance of serious punters in two decades is one indication of a dissatisfaction with the product on offer. As well as decent pools, they want races where a broad range of greyhound abilities are tested. Were the trend reversed, it is arguable that betting turnover, state incomes, and therefore prize money could be improved.

Fourth, the more attention devoted to short races, the less prospective owners and breeders will worry about the breed’s strength and therefore its ability to stretch to 500m, 600m or 700m, where most of the premium events are hosted. The implied decline in overall stamina poses a serious risk to the long-term worth of the industry.

Fifth, short races discriminate against naturally moderate beginners, thereby making it harder to achieve reasonable economic results – a disincentive for the whole industry. Besides that, a strong dog thundering home adds to the spectacle of greyhound racing.

Sixth, the fans prefer a decent run for their money, not just a quick dash for the corner and downhill from there.

Seventh, (not my words but those of their brother trainers on blogs) many trainers cannot be bothered putting in the effort to have their dogs reach peak fitness and better handle a longer trip. Allied to that is a tendency to race a dog too frequently, reasoning that less trialling would be needed and a short race will not tax its reserves so much (as noted several times by Victorian stewards recently).

To conclude: we have a tiger by the tail. Without corrective action, the trend will continue its downward spiral.

Racing over 300m adds nothing while detracting from the industry’s present and future value. Why pay for top sires when you can get your money back in crappy short races?

Immediately, all sub-400m prize money should be drastically reduced and eventually eliminated.

Furthermore, prize money structures should be radically changed so as to pay more for longer trips and less for shorter trips.

Serious research is needed into the reasons for short course preferences, the apparent dismissal of stronger breeding lines and the ways and means to provide incentives likely to achieve a higher level of stamina.

I would re-emphasise my disclaimer about straight track racing, where different criteria apply to normal one-turn or circle track racing. In practice, racing over a straight 350m-366m trip can be quite demanding and serves other purposes than just to demonstrate speed.

*Note: There are occasional claims that big punters make use of fixed odds with Tabcorp or the corporate bookies, although rarely do we see any information on this as turnover for races and meetings is not published. In the main, these would involve short-priced favourites, often odds-on, where the average bookie would be happy to take a big bet as the fortunes are usually in his favour. Incidentally, a check of the above week for Sandown and Meadows races reveals that nine odds-on pops won and eight lost. Overall, 17 favourites won and 31 lost. I think that’s a loss on both counts.

Well try to find a 500 plus maiden that’s a big problem for strength dogs who can’t stay out of the early speed dogs troubles.
The answer is up the prize money for longer distance maidens.

the owners like them as it gives some return for there investment when there dogs cannot run 500 mtrs.also keeps a lot of dogs racing that otherwise would be lost to the industry,

Class of trainer these days compared to 30 years ago is obismal. Plenty of what I call “400m trainers” as very little skill involved. And very few checkers that have any idea. Therefore ALOT of injured dogs trained by unskilled trainers.