Greyhound racing is commonly referred to as the fastest sport on legs. So, naturally, you can expect an exhilarating rush when you manage to land a winner at 60 kilometres per hour.

While in theory the sport seems simple – eight dogs chase a mechanical lure around a circle – finding a winner can be anything but.

There are numerous strategies to consider when you decide to place a bet on a greyhound race and, while lucky numbers, funny names and omen bets work occasionally, you are far more likely to to succeed when you take the time to study the form and make informed betting choices.

Things to consider when betting on greyhound racing

Australian Racing Greyhound wants to help you find as many winners as possible, so we have devised a list of some of the key factors punters should be aware of before placing a bet on the dish-lickers. Knowing and understanding these elements of greyhound racing can greatly improve your betting strategy.

Box draw:
The box from which a greyhound starts in a race will significantly impact its chances. Some greyhounds race better when they are closer to the rail, while others like room to move and are better suited out wide on the track. Greyhounds are also affected by the dogs drawn alongside them – for example if a railer is drawn on the outside of a wide runner it can lead to a disaster soon after box rise if they collide.

Early Speed:
A greyhounds ability to ‘get out and go’ is another major factor in its chance of scoring. A dog that can jump swiftly and accelerate straight away it is less likely to find interference and more likely to get a clear, unimpeded run out in front.

Stamina:
Early speed does not mean much if your chosen greyhound cannot run out the distance of the race they are in. If your dog is suspect at the trip you will be relying on interference behind it in order for it to be able to get a big enough mid-race break to hold on and, while this may work some of the time, it is not a good habit.

Running style:
As mentioned above, some dogs like racing close to the rails, while others prefer room to move out wider on the track. A perfect dog will have the combination of both of these traits and will be able to go under and around dogs as required, but most will either be one or the other. It is a massive point to consider when having a bet – for example a railer drawn in box eight will need to begin exceptionally well in order to find the fence and have a winning chance.

Another trait to watch out for is whether your dog is a front runner or a back marker – some dogs need to be able to lead to win, whereas others will have no hesitation barging their way through the pack from behind. This is where your study of early speed and stamina will come in handy – if a dog has early pace and needs to lead to win its races but is drawn against a field with an abundance of speed, it is going to face an uphill battle to get everything its own way, particularly from a poor draw. 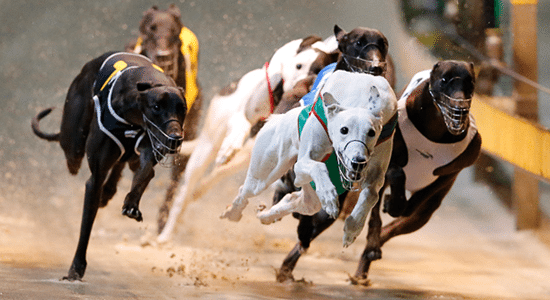 Tenacity: While it may sound harsh, some dogs just don’t have the heart of their canine competitors. While a dog may be the fastest in the race, it will be relying solely on luck it if does not like to get amongst the action in pursuit of the prize. Alternatively there are also dogs which would just about chase through a brick wall in order to find the front. Try and get an idea of what your dogs ticker is like before placing a bet by watching past replays and bet wisely. For example, perhaps hold off on the dog which doesn’t show a lot of tenacity if it is boxed badly.

Grade:
Good punters will take note of the grade their greyhound is racing in compared to its previous starts. For example, jumping from 4th grade to Free For All is a massive step up in class and it would take a good dog to be able to make the transition and come out on top. Similarly, if a dog is dropping in class on its recent runs it is probably going to find the race much easier and is likely to put in an improved performance.

Confidence:
Greyhounds tend to race well when they are high on confidence. If a dog has found nothing but trouble at its most recent starts, it is likely to be lower in confidence than one which has been getting luck in running.

Trainer:
Some punters prefer to back runners from well known kennels. A good trainer will get the best out of their dog, meaning it is important to pay attention to what names are getting the winners. 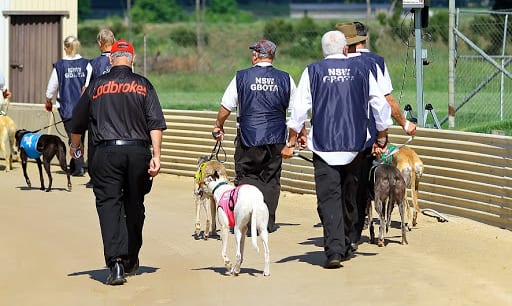 Track suitability:
Pay close attention to how your selected dog has performed at the track in the past – not all tracks are the same and, as such, will not suit every dog. For example, a large greyhound (say 37kg) is likely to have more trouble navigating its way around a tight two turn track than a greyhound smaller in stature. Of course, there are exceptions to this rule, so just check the form to ensure your greyhound is suited.

You will also be able to check your dogs best time over the track and trip and, while half a second may not seem like much, it equates to just over eight lengths in reality. Ensure your dogs personal times will place it as a genuine contender against the other runners in the event.

Betting moves:
Watch out for any late market moves close to the jump. If a dog’s price shortens dramtically at the top greyhound bookmakers someone has obviously had a large wager – indicating they may be privy to some information that the dog is expected to go well.

Recent form:
When assessing greyhound racing fields, recent form essentially relies all of the factors listed above. For example, if a dog has been racing up in grade, over an unsuitable distance and has been drawn badly, its form is likely to reflect poorly compared to a dog which has been well graded and well drawn at its favourite circuit.

Make sure you completely understand each point listed above and you can recognise how they all intertwine when it comes time for the race. If you can do this you will be on your way to greyhound betting glory.

Listen to the experts:
Finally, just like horse racing, there are expert form analysts out there who specialise in helping punters find some winners. Australian Racing Greyhound is fortunate enough to feature one of the best in the country, with Brad Bugeja’s daily tips sure to get you started on your winning way.

This is a simple greyhound racing strategy tip, but holding multiple bookmaker accounts can make a huge difference to your bottom line when wagering. For instance one bookie might have a dog paying $7, while other greyhound betting sites have got it at $6. On a $100 bet, this could equate to a $100 difference in the payouts, depending on the bookie you are wagering with. Tools like greyhound odds comparison services can be a great way to find the best odds on any given runner.