A win bet is exactly what its name suggests — to collect, punters must correctly select the winner of a particular race. But with up to eight greyhounds in each event, all of which can reach a top speed over 60 kilometres per hour, racing simultaneously around a tight turning track in the pursuit of a mechanical lure, things don’t always go to plan. Factors such as the dog’s box draw, early speed, strength, tenacity, race fitness, grade, ability and whether they are a railer or a wide runner all play a part in determining the result of each race. 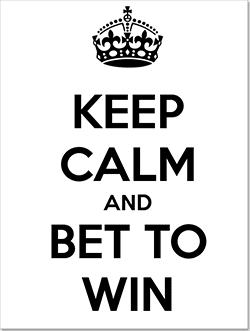 A punter’s job requires them to foresee how these traits are going to be displayed throughout the event and to select which runner will triumph at the finish and, with so many variables within each event, there is usually plenty of value to be found when placing a win bet in the sport of greyhound racing.

Despite often containing some value in each race, win bets are also one of the most simple forms of wagers to place as they only involve one runner, eliminating the need for numerous greyhounds to fill certain positions in order to return a winning dividend.

The downside to this is the payout is not normally as lucrative as a wager, such as a trifecta, which requires punters to correctly pick first, second and third in their chosen event. Nevertheless, win bets remain by far the most popular types of wagers with most greyhound punters as the odds of securing a winning dividend when placing a win bet is much higher than any of the exotic bets which usually pay more, but have a lower chance of being successful.

Another reason why win bets are so popular for fans of greyhound racing is they only require a minimal outlay to secure 100 per cent of the winning dividend. Just one dollar will see punters collect the full payable amount, assuming their chosen runner was successful, as opposed to exotic bets, some of which require a larger outlay to secure the full percentage of the win.

Example of a win bet

There is no right or wrong way to place a win bet. You are basically choosing which dog will win a race. The odds you get on a dog will reflect their current form, the track, the box draw and a number of other factors. If a dog has never raced before the odds will reflect the form in trials and the greyhounds breeding.

If the greyhound lost you would lose your money, there is no payout for second place when you back a greyhound to win.

Tips for placing a win bet

Get the best odds:
Have multiple bookmaker accounts and check the odds before you place your win bet. That extra 50 cents you may get on a dog could be the difference between winning and losing on the day.

Check the form:
It’s staggering, I know, but so many punters back a dog without knowing it’s track form. Meaning it may have a shocking record at Wentworth Park, despite having won five or six in a row at The Meadows. It’s just common sense.

Look for value: Is there value to be found on a short-priced favourite who has drawn awkwardly and will need luck in the running to
succeed? The reward often is not great enough to make it worth risking a large amount of money on a dog which may have trouble getting out of the boxes. If this is the case, look for a dog with longer odds who could benefit from the situation.

Follow a greyhound:
Often it can take a dog time to mature into everything it will be. If you see a dog with a startling turn of speed, but it loses. Mark it down as one to watch. This is how you can find some value in the market and maybe jag that big winner.