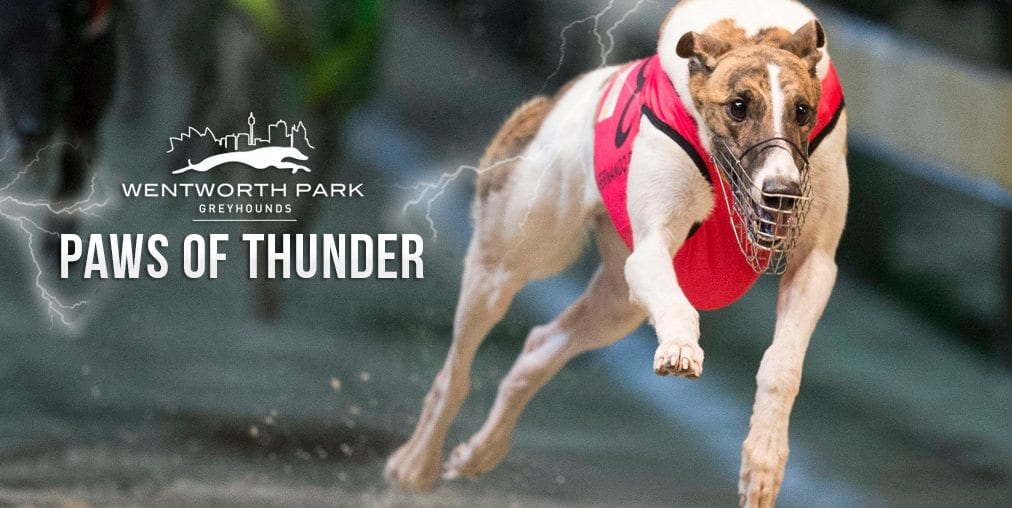 To quote one of our greatest ever greyhound callers “Strike me Pink” where does one begin to surmise the final of the 2022 Paws Of Thunder.

Every runner has a genuine chance as it should be in a group 1 greyhound final, they all had to win a heat to get here and I will give a brief rundown of each runner. But we do wish all connections good luck and hope that every dog gets around safe and that the best dog wins on its merits.

Box 1: Wicked Flash for Peter Ray was tardy away but used his class to find a few runs and drove through to come away and win well in his heat. Cannot afford to make any mistakes but box 1 will help.

Box 2: Do It, from the strong Jeff Britton kennel, has travelled all over the country contesting the best races. Began very well and ran a good sectional to lead all the way in good time. Only Bandit Ned went faster, He may give them something to catch. Is well drawn and will have improved by his first look at Wenty Park. Do it is paying around $4 with Australian betting sites.

Box 3: Irinka Riley for Jack Smith used box 8 perfectly in his heat to stay away from the trouble that claimed Aston Rupee and then swept to the lead in the back straight to race away. Cannot make any mistake in this field or be tardy away but has his chance at group 1 glory.

Box 4: Jungle Deuce is Jack Smith’s second runner and the peoples’ dog that represented NSW at the Phoenix without luck. Has come back in fine fettle, destroying quality fields in Brisbane recently although he may be looking for longer these days. If he gets an ounce of luck and a position through the first turn, look out… Has a personal best of 29.31 which is ridiculously quick and if he finds that form he wins.

Box 5: Wow, for Danielle Matic, is another superstar that deserves his shot. Wow has to deal with the tricky draw but has won 3 of 6 from the box and is going great guns at present. Should be thereabouts in the early stages, has a fantastic middle section and again with an ounce of luck may find himself on the top podium.

Box 6: Bandit Ned, for Jodie Lord, is another white hot chance and is a dog not as badly drawn as it looks. He has won two from two from this box including his PB of 29.47. Used box 1 beautifully in his heat and clocked the second fastest heat time. But if he begins he may just be adding the Paws of Thunder to a growing list of big races he wins.

Box 7: Where’s Rocky for Jason Magri is Unbeaten from this box. Gave Zipping Krygios a start and a beating last week but can be a touch tardy at box rise and has some classy ones under him but is still a rough chance if he does things right.

Box 8: Chase Me Honey for Michael Hardman is probably the surprise packet of the heats but did it extremely easy at the end, racing away from a good field to win by plenty. Is not well drawn out here and is probably only an each way hope.

Topics: Do It ,featured ,Paws Of Thunder ,Wentworth Park ,Wow