Wilberforce trainer Amy Bennett’s outpour of emotion after her charge Colt Rocket won a heat of the Group Three Dapto Maiden last Thursday night brought tears to many eyes, including the mother of his namesake, Angela Lovering.

Bennett developed a friendship with Lovering whilst visiting her mother, who works as a nurse. Unfortunately last year Lovering lost her beautiful baby boy Colton, with Bennett declaring that she would name a dog in honour of his memory.

“Amy made the sweetest gesture by saying she would name a dog after Colton. We got the second part of his race name from the little rockets that were on his socks the day he passed away”, said Lovering.

Colt Rocket was bred, reared and is now trained by Bennett, an offspring of her successful producer Sky Fly High and by proven sire Cosmic Rumble. Colt Rocket made his racing debut at The Gardens in a heat of the Group Three Laurie Healion Memorial Maiden, finishing in fifth position.

After an impressive trial at Dapto, Bennett was somewhat confident heading into his heat of the Group Three Maiden Series last week. Colt Rocket didn’t disappoint, exiting well from box two and rounding up the early leader in impressive fashion.

“Once he got to second I got really excited because I know he’s strong. It was beautiful to watch and straight after the race I spoke to Angela and everyone was screaming with excitement.”

Due to work commitments, the Lovering family were forced to watch the race on television, but that didn’t stop the celebrations that followed immediately after.

“We were all screaming and jumping up and down in front of the television, it was amazing. We are so happy for Amy and just really excited to see what he can do next. I was over the moon when he came fifth, but to win at his next start was amazing”, said Lovering.

Despite coming up with box six in his semi-final this week, Bennett is hopeful her chaser can improve his start and overall time.

“He’s a strong dog and I think he will run a bit of distance in the future. He’s still very young and once he matures, I think his going to be a handy dog.”

“It was devastating what Angela and her family went through, but they absolutely love this dog and I cried after winning on Thursday, it means so much to them”, Bennett added.

Bennett vowed before Colt Rocket’s first start to donate a percentage of the prizemoney to the Bears Of Hope foundation, who assist families with the loss of a child through an enormous support network.

“The Bears Of Hope foundation gives out packs to everyone who has lost a child, to help them find strength to overcome the pain. I’m glad to see Colton’s memory has been honoured in such a special way”, said Lovering.

In another beautiful touch to this story, Lovering is pregnant and due in November, giving hope to all families that fairytales really do come true.

Another fantastic part of this story is that the Lovering’s will be adopting Bruno (Colt Rocket) after his racing career has finished.

Anyone who can assist with donations to the incredible work performed by the Bears Of Hope Foundation can visit their website at www.bearsofhope.org.au. 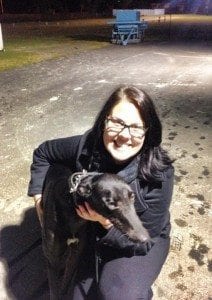 Ryan Silvester, did you see this? So lovely and warm.

yeah i did see that, great story

Congratulation to all concerned. Its so great to read good story. Hope to see you writing a story about him Winning.

Ryan Silvester, did you see this? So lovely and warm.

yeah i did see that, great story

Congratulation to all concerned. Its so great to read good story. Hope to see you writing a story about him Winning.