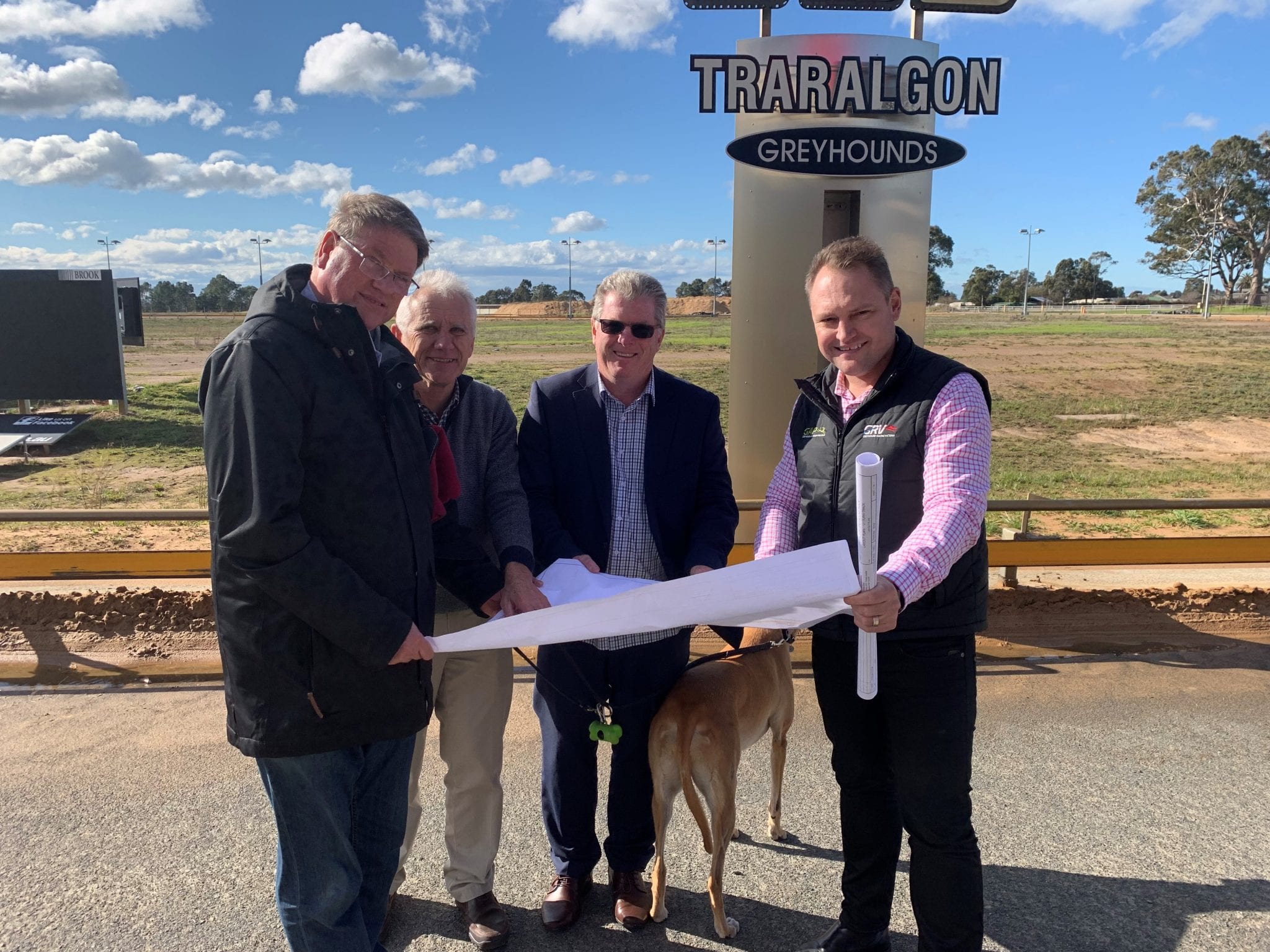 A reader asked what I thought about the “J-track design”. A good question for all of us, of course.

I guess he is talking about the upcoming Traralgon circuit, which I envisage as more of a boomerang. Either way, that is to be its shape, as dreamed up by the Allan engineering people and UTS. Actually, it’s not a circuit at all but merely a bent line. Revolutionary, to be sure, with a single 70m turn radius.

My sense is that the thinking was dominated by what amounts to a UTS obsession – safety, whatever the cost. In reality, it’s a Clayton’s version of a straight track. This is also why its advice to Greyhound Racing New South Wales (GRNSW) strongly preferred (cleaner) straight track racing and why GRNSW reacted like an automaton by immediately calling for expressions of interest from NSW clubs which might like to install one. Why they had not done this over the last decade or so is yet another good question. (As we speak, one is going in at Richmond over a distance of 340m to 360m – reports vary).

Well, fair enough, NSW badly needs some straight track options. The state, the breed and trainers have been badly served by the combined disinterest of GBOTA (at Appin), the former NCA (at Wyong) and various GRA/GRNSW groups over many years. Curiously, all three have pursued ultra-short trips around awkward, interference-prone turns, all of which continue untouched today. That bias is hard to fathom, especially as Healesville and Capalaba straight tracks have been flourishing in the two neighbouring states.

But does the Traralgon “boomerang” meet the needs? Well, partly, as it embraces a single sweeping turn which will hopefully reduce the chances of falls or interference – although perhaps less so over the 400m distance, where I would expect more bunching than over 500m.

At the same time, a best guess would be that the track will strongly favour big striding dogs and wide runners, rather than nippy railers. That constitutes a bias which normally should be avoided. Additionally, there is nothing longer than 500m so stayers are excluded – more’s the pity. However, you could say it is only one of many tracks and so could be acceptable as part of the package. Trainers with a certain type of dog can easily go elsewhere.

My preference would be for UTS and others to concentrate more on a variety of faulty features at existing tracks rather than trying to re-invent the wheel. Even so, I can’t really object to Traralgon, although I am suspicious of the motives for the radical design.

Primarily, my thinking is that the breed should develop with multiple characteristics, each of which can be satisfied better at some tracks than others. Variety is the spice of life.

On a related subject, did you note that some fancied runners came to grief in the Warragul Cup heats last week? Some of them were handy on the turn but found it hard to get across or move up and eventually retreated into the back half of the field. Favourites won only one of the six heats when Shima Shine ran straight to the front from the outside box. The track clearly favours leaders or those able to motor up on the rail as they come out of the turn.

The camber may or may not be a problem (needs checking) but I am more inclined to look at the turn radius where Warragul has one of the smallest numbers (54m) in Victoria. Horsham is only 50m but all the other one-turn tracks have 59m to 64m radii.

But turns are a two part discussion. What I would also like to find out is how much of that radius is in play and exactly how the transitions contribute at either end. By that I mean that you can have a wide sweeping 54m turn or a narrow 54m turn – that is, tracks where the two straights are wider apart or closer together, leaving more or less of the overall trip allocated to racing on the turn itself. Warragul looks very tight to me (both on site and on video).

To illustrate, consider that both Angle Park and Sandown have identical sprint distances (515m) and identical turn radii (51m). Yet the former clearly has more of the distance allocated to the turns and a little less to the straights. Wide runners often have difficulties at Angle Park and average race times (the freakish Brett Lee excepted) are significantly longer than at Sandown – by about two to three lengths. At the same time, Sandown (and Meadows as well) have a much higher fall rate and a higher interference rate than Angle Park. So the shape of the track can make a big difference.

Detailed surveys – regularly updated and published – would be an aid to explaining race performances. Meantime, the Warragul track could be modified but only at great expense. Note also that the GRV curator’s manual (or my copy) does not specify where changes in camber begin and end.

PS: Any expansion of the Warragul greyhound track would be hampered by the proximity of the trotting circuit (see also Albion Park, which has a similar problem).

Fascinating to note that stewards queried the betting on a failed $6.50 runner in Race 2 at Warragul on the same night as the Cup heats.

What was intriguing to see was that the Tab Win pools were only $3,773 (NSW) and $7,541 (Vic), much of which would not have been visible until very late. Equally, betting with the corporates (Fixed Odds or otherwise) would have been split up amongst several firms so the odds would have been erratic at the best of times, particularly for a mid-priced runner.

It is hard to see how such small figures could be construed as meaningful but good luck to the stewards. The dog managed only 3rd place anyway so the discussion kind of fizzles out. But why don’t administrations require the corporates to publish their betting volumes as a routine? Then we would all know what’s going on.

As the New Year opened up I happened to notice a string of Wheeler-owned dogs racing at Ballarat on a popular Friday – 18 of them to be exact, most in Maiden races. Going further, there were 12 more at Geelong, six at Bendigo and three more at Warragul. All these occurred on a single night and all were at the provincials in just one state. That’s a total of 39 dogs (for 4 wins) from a stud where, not so long ago, Paul Wheeler announced he would be halving his output because of the excessive rule-making in NSW. Some half!

Some complain about the Wheeler dominance but how would we fill the boxes without him? Partially fill, that is.

Note: the Dailly-Wheeler combo provided all eight runners and both reserves in a Maiden at Ballarat on January 13th. They also had three other runners, two of which won.

This must be a world record. On January 7 a semi-trailer load of Dailly-trained dogs competed in a five-heat Maiden series at Warrnambool, winning four of them. The fields were made up of 32 dogs from the Dailly kennel and just seven from elsewhere. Only 10 of the Dailly’s were Wheeler-owned.