ZABDON Ferrari stepped out of the shadow of his superstar kennel mate Thirty Talks with a brilliant win in a heat of the Group 2 Warragul Cup (460m) on Saturday night.

Trained in Queensland by Tony Brett, Zabdon Ferrari was having his first start on a ‘one-turn’ track, exploding to the front of the pack and stretching out to score by 3.4 lengths in a best of night 25.43.

“It was good to see him step out and show people what he can do,” Brett told Australian Racing Greyhound.

“It was an enormous effort. He hadn’t had a run since the Brisbane Cup final [on December 9] so I was expecting him to get a little bit tired, yet he kicked on strongly towards the line.

“He loved it. He jumped nice and once he hit the ground he got some room to stretch out and away he went.

“It was a pretty good field too so I was over the moon.”

The black speed machine will jump from box five in the $47,000 showpiece this Saturday night, with Brett hoping for a strong performance despite the poor alley. 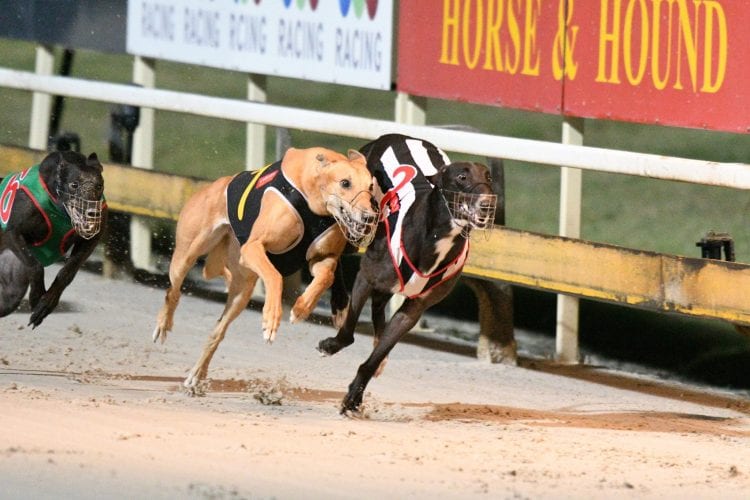 “There will be some improvement in him fitness wise, but in these finals the most important thing is the beginning.

“We have kept him fresh and the plan is to get him to the front from box five – that’s where he needs to be early in the race because there are a couple of strong greyhounds in the final.

“His first section was the equal best with Aston Bolero so he should be towards the front. Luckily we have drawn on the inside of Aston Bolero – but he still needs to come out like he did the other day and hopefully he gets some room to move.

“It is a hot field, so he has to do everything right, but he has pulled up well so we have to hope for the best.”

Zabdon Ferrari, who won the 2016 Group 3 Townville Cup, has had to settle for second in many of the feature races he has contested throughout the past year.

The son of Magic Sprite and Awesome Knocka was runner-up in the Group 1 Brisbane Cup, the Group 2 Ipswich Cup (both of which were won by Thirty Talks) and the Group 2 Gold Coast Cup.

Brett said a win in the Warragul Cup would be a fitting reward for his gun chaser which has been ultra-consistent at the top level of racing for the past 12 months.

“If Thirty Talks hadn’t been racing this year [Zabdon Ferrari] would have won a couple of group races, so it would be nice to see him get another big win,” he said.

“It would be pretty special for us too – we actually own him ourselves – so to go down and win it with him would be a big thrill.”

Meanwhile, there is more positive news out of Brett’s kennel, with Thirty Talks expected to return to the track after dropping a back muscle in the Group 1 Silver Chief Classic earlier this month.

The brindle flier was out in front in the $100,000-to-the-winner race when he went amiss, with initial reports suggesting the star greyhound would be retired.

“I am pretty confident we will get him back – you can never be 100 per cent sure – but he is coming along nicely considering the type of injury it was,” Brett said.

The Group 2 Warragul Cup race eight this Saturday night and is set to jump at 8:12pm.