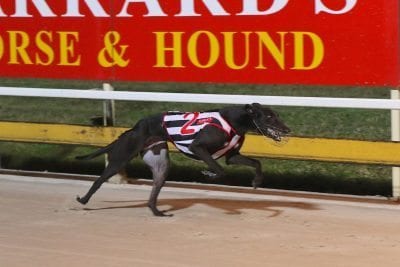 GREYHOUND racing in Queensland is regulated by the Queensland Racing Integrity Commission (QRIC) – an independent statutory body which oversees all of the integrity and welfare standards concerning the greyhound, harness and thoroughbred industries.

The QRIC began operation on July 1, 2016, after it was established under the Racing Integrity Act 2016. The QRIC reports directly to the Minister for Racing and is held accountable by the state government.

The QRIC was established after the Commission of Inquiry into the regulation of the Queensland greyhound racing industry in April 2015 which launched following the live baiting scandal.

The Commission was tasked with investigating the regulation of greyhound racing in Queensland and making recommendations to the government in regards to ways to strengthen and improve the integrity and welfare outcomes of the sport.

The Commission’s report, often referred to as the MacSporran report, recommended a number of changes including the separation of the commercial and regulatory aspects of the industry.

Subsequently, the Queensland government established the QRIC with the former control body, Racing Queensland, taking over the commercial and business sides of racing.

There are currently seven tracks operating in Queensland, four of which conduct TAB-meetings on a weekly basis. The remaining tracks hold country class, non-TAB racing.

The Sunshine State holds numerous feature events every year, three of which are at the highest level, group 1, with all three held at Albion Park.

There are also a handful of other group and listed races on the calendar, all of which attract the best greyhounds from Queensland and across Australia in pursuit of the big bucks.

History of greyhound racing in Queensland

The first official meeting of greyhound racing behind a mechanical lure took place at The Gabba on October 29, 1927, just five months after it was introduced to Australia.

The track was constructed by the Queensland Electric Coursing Association, with racing held over 550 yards and 825 yards.

The first meeting in Ipswich was held on the old Bundamba racecourse behind a mechanical hare on April 9, 1928. 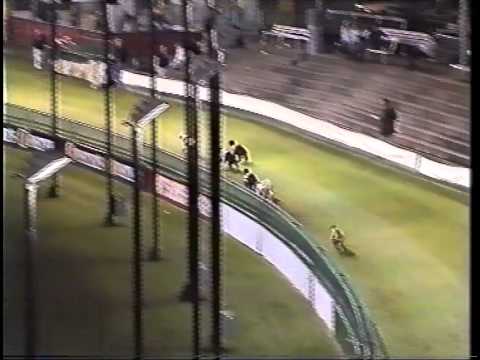 In August 1929, the Bundaberg Coursing Association held an eight-race card, with all events over 350 yards. Racing continued in Bundaberg until 1950s, with the current track opened in 1977.

Back in the 1920s, betting was not permitted, although illegal betting did take place.

In 1930, the Queensland government outlawed greyhound racing behind mechanical lures, with the void filled by live hare coursing over distances of around 300 yards.

The Capalaba Coursing Club Proprietary Limited was established in 1947 with the grounds used for racing belonging to John Federicks who leased it to the club. The first race took place on February 28, 1949, with the first prize money being just $10.

In 1950, a breakaway group of owners and trainers obtained a licence to build another straight track nearby to the existing Capalaba track, which held its first meeting in June 1951.

Both tracks at the time still utilised a live lure which was given a 200-yard head start, but if it stopped before reaching the escape pen, children with cans were tasked with making enough noise to get it moving again.

In the mid-1950s the government finally permitted mechanical lures.

In 1976, a new track built using a mechanical lure was built and opened at Townsville.

In 1987, the Capalaba Club moved and built a track at the current address on Tingalpa Creek.

The major revival of racing in the state was thanks to Alderman Clem Jones, who would later become Brisbane’s Lord Major, and John Hicks who was the press secretary to Deputy Premier Sir Gordon Chalk.

The two men became involved with the Gabba Greyhound Racing Club which was established in 1971 and successfully fought to have a track laid down at the Brisbane Cricket Ground.

The final meeting took place at the Gabba in 1993, with the Queensland Government offering the Club an incentive to relocate to the newly-established Albion Park track.

It is always divisive to talk about ‘the best’ greyhounds to have come out of any state, however we have hand-picked a few which we believe enthusiasts would find it hard to knock.

Where to bet on Queensland greyhound races

All of our recommended online bookmakers offer fixed odds and pari-mutuel betting on all TAB covered greyhound events in the Sunshine State.

Most bookies release fixed odds approximately 20 minutes prior to the jump, which gives punters plenty of time to compare odds from different websites.

You don’t have to be worried about security when betting with our bookies, with Australian Racing Greyhound only recommending the safest and most reputable online bookmakers to ensure your financial and personal details are always protected.

Additionally, all of our recommended online bookmakers feature a lucrative welcome bonus to help you get started on your winning way.