THE Temlee is a group 1 event which is run over the 525m trip at The Meadows and has grown in stature over the past decade to become one of the most sought after trophies on the greyhound racing calendar.

The Temlee is unique in that it does not have preludes or heats, with greyhounds selected by a panel to compete in the event based on their performances in the months leading up to the feature.

The most recent edition of the Temlee was won by Striker Light for Kelly and Brett Bravo – bringing up her third win at group 1 level.

Betting on the Group 1 Temlee

Being a group 1 feature, punters always take special interest in the Temlee, which features the best of the best from across the land.

Due to the increased interest in the race, all of our recommended online bookmakers offer fixed odds betting on the feature straight after the final field and box draw have been announced.

By releasing the odds so soon, punters can study the form and shop around for the best price about their selected runner – which means you can get more bang for your buck when having a punt.

Want to know more about our bookmakers and the bonuses which they offer? Check out our freebets page.

History of the Group 1 Temlee 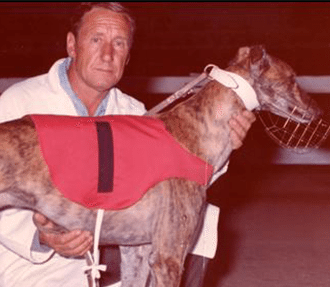 The Temlee is named after one of the best greyhounds the sport has seen who went on to become a champion sire, with his presence still felt in many top class bloodlines to this day.

All of his major race wins were at the now defunct Olympic Park, which was run by the Melbourne Greyhound Racing Association. With the MGRA now calling The Meadows home, it is fitting the race named in honour of Temlee is run at the Melbourne track.

The first edition of the Temlee was in 2003 when it was taken out by Excite Ability. Back then the sprint event was run as a group 3, with the son of Bearability and ReRun picking up $30,000 when defeating Knockabout Wok and Lindale Blue in 30.14.

The race was elevated to group 2 status in 2006 which it only remained at for a year, with the 2007 Temlee a group 1 feature won by Slater.