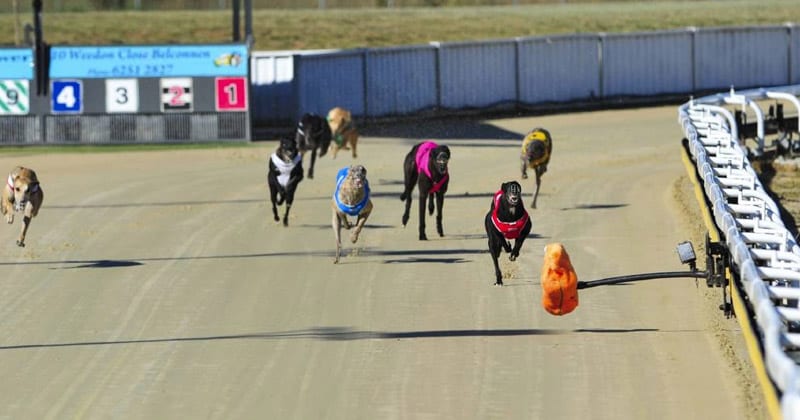 Racing at Canberra usually takes place on Wednesday and Sunday afternoons/evenings over 440, 530, 600 and 771 metres on a loam surface.

In June 1968 a public meeting led to the formation of the Canberra Greyhound Racing Club. After a feasibility study suggested a greyhound course would likely be financially successful in Canberra, a plan was drawn up and submitted to the National Capital Development Commission in 1972. Obtaining the funds to begin the work of track construction took until 1977. In November that year, the Department of the Capital Territory approved the lease of 10 hectares on Jerrabomberra Avenue in Narrabundah.

Construction work began in March 1978, but heavy rains delayed the completion until October.

The 461-metre circumference sand track held its official opening meeting on Sunday 28 January 1979 with 10 races, eight over 530 metres and two over 732 metres. A crowd of just over 5,200 attended the afternoon meeting with Ben Gurion (box 2), trained by Ken Howe, winning the first race, over 530 metres. Husky Fran won the feature event, the KB Cold Gold Invitation ($700 to the winner), over 732 metres, by four lengths from Little Vogue with Another Double a half length away third, in 46.03. Before that race Husky Fran’s litter brother Kawati Boy, the 1978 NSW Greyhound of the Year and a local product, was paraded before the crowd. Jack Snodgrass won a double, with Windy Probe and Fluent Top (who won the second 732 metres event).

The club hosts one Group race during the year: the Group 3 Canberra Cup, run over 530 metres. This was first run in 1979, and was raised to Group status in 2005.

The other major race held annually is the National Capital Distance Championship, run over 600 metres.