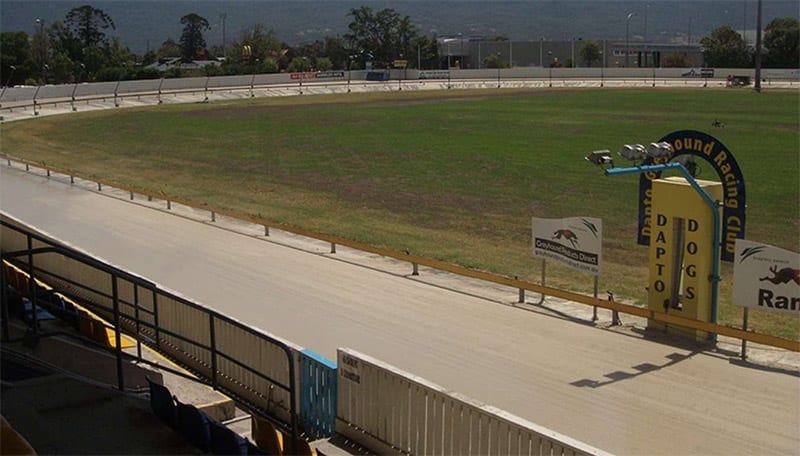 The Dapto Greyhound Racing Club was established in 1936 when run by a sub-committee of the Dapto Agricultural & Horticultural Society.

Work was carried out to enclose the existing trotting track to commence, with the first meeting at Dapto held on Thursday February 25, 1937, with nine races conducted over 480 and 660 yards.

The meeting offered £108 in total prize money, with the club approved to hold 40 meetings a year.

The opening race was won by Rocker in 28.4 (times were rounded to a tenth of a second), with Gold Sovereign and Bounty winning the next two sprints on the night.

The remaining three sprint races were taken out by All Chetter, Mirabilite (who won in a best of night time of 28.0 seconds) and Comerio’s Hope, while the final two events, over the staying trip, went the way of Jolly Chief (40.2 seconds) and Mandala (39 seconds).

In March 1942 the showground and associated buildings were seized by the Australian Army, which resulted in the cease of greyhound racing as the government paid a rental fee of £13 each month to use the grounds.

The Army vacated the showground in early 1944, with greyhound racing resuming with 10 race programs each Saturday afternoon.

On June 1, 1950, Dapto introduced reserves for the majority of its race meetings, with the premise that the reserves which didn’t gain a start would automatically be entitled to compete at the following Dapto meeting.

It was at this time the Club directors also made the decision to bank up the first bend after the 500 yard boxes as a way of reducing the amount of interference in sprint races.

In 1971 a decision was made to replace the existing grandstand including broadcasting facilities, judge’s box and the photo finish facilities.

The track was on of the first tracks in the country to be converted to loam when the old grass surface was ripped up in late 1991.

On July 6, 1992, the front office buildings caught fire after a loud explosion, with the fire believed to have been lit under suspicious circumstances. A transportable building was ordered, but, until it was built, the staff set up a temporary office in the tote building.

A new office block was finally built in 1993 in addition to a new bar area.

Further improvements to the bar and office block were made in 2006, with the betting room enclosed to create a new room adjacent to the bar.

In 2010 Dapto inaugurated the Dapto Megastar Invitational, with the event made a group 3 feature in 2011 when won by Oaks Road in 29.94. The Megastar was elevated to group 2 status in 2012 before becoming one of only two group 1s held on a provincial track when given the highest status in 2013.