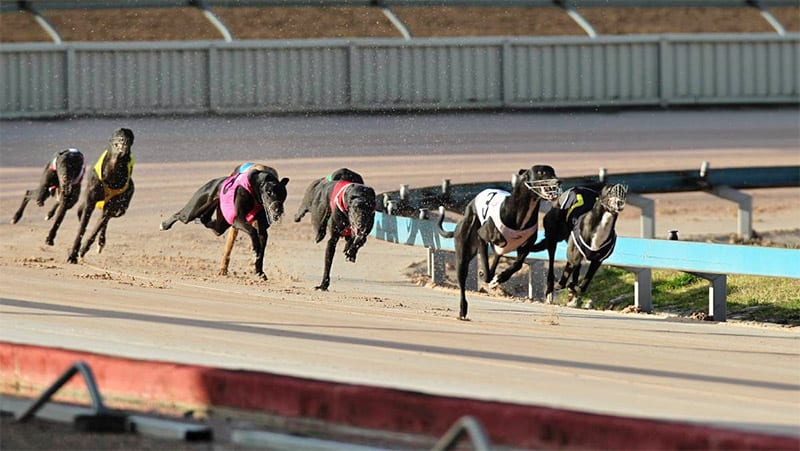 The Maitland greyhound track is the only one circuit track in the Hunter Valley. Based on Blomfield Street, 40 minutes from Newcastle and 164 kilometres from Sydney, the track is located at the Maitland Showgrounds and is constructed inside the harness racing track.

The site is owned by the Hunter River Agricultural Association with the New South Wales Greyhound Breeders Owners and Trainers Association (GBOTA) renting the use of the track from the Association. The Association purchased the land of the current site in 1873 which had previously been used as the Albion Cricket Club Grounds. Further purchases since then have increased the amount of land owned by the association at the site to 80 acres.

The buildings at the track are closely linked with the Pender Architectual firm. John Pender practised in the area from 1867 – 1908 and opened a job number for the Maitland Showground in 1880.

In 1905 works were performed on the grandstand at Maitland and again in 1920. These structures, although now largely run down, still remain at the site and are heritage listed meaning that there is little hope that the Maitland track will be home to some of the state of the art patronage facilities seen at other tracks around Australia.

Greyhound racing first commenced at the show grounds in 1927 racing on a grass track. Harness racing has also called the Maitland Showgrounds home since 1936 with both codes still holding meetings at the site to this day.

Greyhound and harness racing are not the only events to be held at the Maitland Showgrounds with town markets, music festivals, the Maitland Show (which utilises the centre of the track for Equestrian and horse eventing), Caravan and Camping Shows and Motor Fest also held at the site each year.

The Maitland Gold Cup is the track’s flagship race. The event was first run in 2003 over 457 metres, when won by Thread Prince, and held a Group 3 status offering $12,000 to the winner.

In 2004 the track underwent a conversion with the old grass surface converted to loam to allow for greater use and a more suitable racing surface in inclement weather conditions.

The track’s surface conversion also saw the racing distances change with the 400m trip the only one start to remain virtually the same. The 457, 575 and 684 metre starts were all removed and were replaced by two new distances, 450 and 565 metres.

In 2009 the Maitland Gold Cup was elevated to Group 2 status and was taken out by Julie Fletcher’s Magnifique. Since that time it has been taken out by some of the sport’s best stars including Elite Blue Size, Black Magic Opal and Paw Licking. The race currently offers $40,000 to the winner.

The Maitland track received further upgrades in 2010 after Greyhound Racing New South Wales (GRNSW) acknowledged what many enthusiasts had noted for some time, that the redesign of the track was flawed.

Since the conversion of the track to loam, participants had raised concerns about the high levels of interference on the entry point to the corner coming off the back straight, resulting in a higher level of falls and injuries.

As such, $59,000 in funding was provided for the installation of a transition turn to allow for safer and cleaner racing.

Maitland races every Thursday night in the twilight period.

Do you have any photos or information you would like included in this track profile? email us at [email protected]