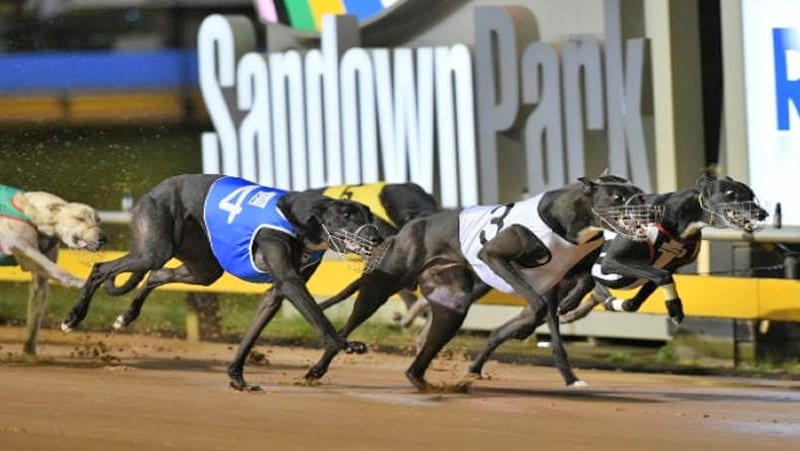 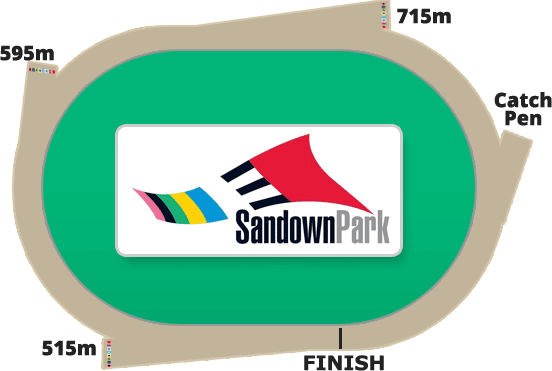 Sandown Park is one of two metropolitan tracks in Victoria and is located approximately 35 minutes south-east of Melbourne.

Without a doubt the most coveted prize to be run at the track is the Group 1 Melbourne Cup which has grown in stature since its inaugural running in 1956 and is now worth a massive $420,000 to the winner.

The story of the Sandown Greyhound Racing Track began at the Sandown Racecourse in 1935. Racing was under the control of The Sandown Park Coursing Club and continued at the site until 1952 with just a two year break during World War II.

Speed coursing, using a live hare, was then introduced and conducted at the racecourse and continued to run for three years until it ceased in 1955.

On Saturday September 8 1956, the Sandown Racing Club commenced mechanical hare racing at the current Sandown Greyhound Racing track site. The opening day saw a massive crowd of over 6,000 people attend with a staggering 53 bookmakers in the ring – a vastly different crowd to what is seen at tracks today.

The track was originally a grass surface, but due to the vigorous demands placed upon it by constant racing resulting in continuous maintenance works being required, a decision was made to convert the track to a sand surface in 1964.

Numbers at the track were declining due to the rising popularity of television at the time, providing a new source of entertainment for people in their own homes. This resulted in the growth of greyhound racing slowing, but it received a massive boost in 1966 when TAB betting was introduced.

In 1974 the sport received another boost with the launch of computerised tote equipment.

In 1982 plans were conceived to build a new grandstand at the track, with the works completed in 1986 with the opening of the Henry Harrison grandstand. Harrison was a pivotal member in the progress of both the Sandown Club and track as a chairman for 23 years and a committee member for 28 years and he was instrumental in securing off-course TAB coverage on metropolitan greyhound racing.

The grandstand still exists today and in October 2010 a multi-million dollar upgrade was made to it, ensuring the track now boasts facilities as good as anywhere in Australia.