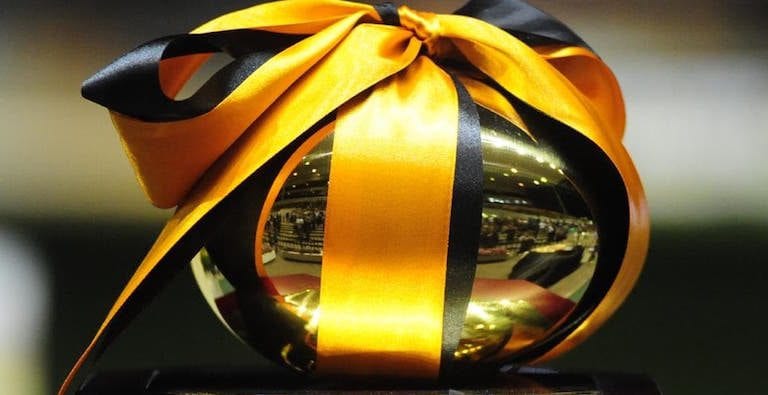 The Group 1 Golden Easter Egg is the biggest race on the New South Wales greyhound racing calendar and is held at Wentworth Park on Easter Saturday each year. The race is a three week series, comprising of heats and semi-finals on the two Saturdays prior to the decider, with greyhounds able to ensure a start in the heats through winning one of the Easter Egg Preludes in the weeks leading up to the opening round.

The first running of the Golden Easter Egg was held in 1990 when taken out by Ultra Sense, a fawn daughter of Acacia Park and Sense Of Joy, and has has carried Group 1 status since its inception.

While the event has always been run over 520m, the first three editions were conducted on grass before the track was converted to loam in 1993. It has remained that way ever since.

Each year, the Golden Easter Egg attracts the best greyhounds from right across the country, with a crowd of thousands descending on the Ultimo circuit on Easter Saturday to witness a truly spectacular night of racing. The series is open to the best 80 greyhounds nominated plus reserves.

A terrific support card is also on offer each year, with the Group 1 Association Cup, Group 3 New Sensation, Group 3 Magic Maiden and the Group 3 Ambrosoli also up for grabs on the big night.

In 2010, the Golden Easter Egg’s prize money purse sky-rocketed to a massive $250,000 to the winner, cementing it as the state’s richest greyhound race.

Betting on the Group 1 Golden Easter Egg attracts massive pools and there is always plenty of value to be found within the race, with most of the eight greyhounds sharing a realistic chance of snaring the prize.

For those punters skilful enough to spot the winner three weeks out, most online bookmakers also offer an all-in market for the final, offering some superb prices about some of the series’ leading contenders. This means you might get $15 on the eventual winner, which may start the race as a short favourite.

The benefits of betting with an online corporate bookmaker include the outstanding odds bonuses you can get with Australia’s greyhound betting sites.

Other benefits of placing your Golden Easter Egg bets at online bookmakers include specific race specials and other promotions that are legally allowed from time to time.