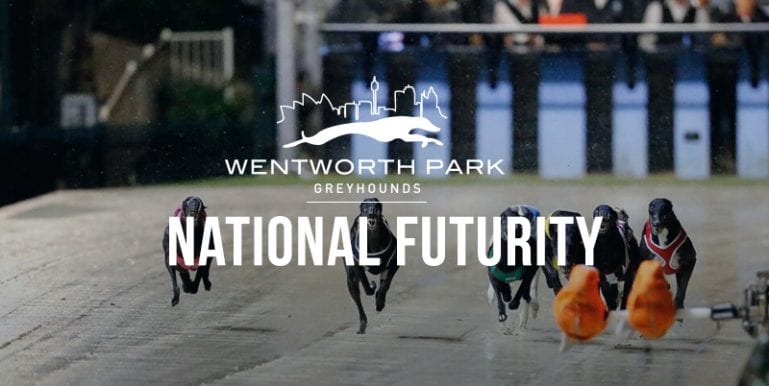 The National Futurity is an age-restricted event open to bitches only and is run simultaneously with the National Derby, a series open to male greyhounds, and is held at Wentworth Park.

The race has been run in NSW for more than half a century and has been taken out by some of the finest female competitors the sport has seen.

The 2018 National Futurity is a group 1 event, worth $75,000-to-the-winner, with the most recent edition won by Victorian bitch Blue Sky Riot.

Betting on the National Futurity

Because it is a group 1 race, there is always enormous betting interest in the National Futurity, with all of our recommended online bookmakers offering fixed odds betting on both the heats and final.

Most of the time, these odds are available once the box draw has been conducted, giving punters plenty of time to compare odds between sites and snag some value about their chosen contender.

Additionally, bookies such as Bet365 offer all-in markets, which include inflated odds prior to the heats wherein you are required to pick the winner of the final.

Whilst this can be tricky to land, it can be rewarding if you are skilful enough to find the winner, with odds normally much higher than those offered ahead of the final.

History of the National Futurity

The inaugural running of the National Futurity took place in 1964 and was run as the female complement to the National Derby which had been first run the year prior.

The first Futurity was held over 530m on the old Wentworth Park track, with the winner being Cultured Girl which clocked 31.6. The race was run at ‘Wenty’ for more than 20 years before being moved to the 457m trip at Harold Park in 1986 and 1987.

In 1988, the race moved back to Wentworth Park where is was run on grass until 1993 before the surface became loam.

The National Futurity continued at the metropolitan venue until 2009 when it was moved to the newly opened ‘The Gardens’, located in the Hunter Valley.

In 2015, the race once again headed back down the M1 to its rightful home in Glebe when it was won by Jason Mackay’s Zipping Midge.