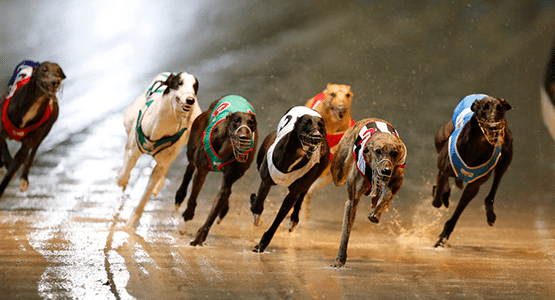 ONE of the most exciting events on the greyhound racing calendar is just days away, with the running of the Group 2 Shootout (515m) at Sandown Park this Friday night.

An innovative concept, four of the nation’s best sprinters have been selected to take their place in the $50,000, winner take all feature, which requires a combination of speed, strength and tenacity to win.

Topgun champion Dundee Osprey is the favourite to salute on Thursday night, with online bookmaker Crownbet installing him as the $2.50 top elect.

The son of Fabregas and Dundee Rose will step from box one and will be aiming to extend his stellar record over the track and trip, already boasting six wins and three minors from 12 appearances with a 29.11 personal best.

The Anthony Azzopardi-trained sprinter bounced back to the winner’s list last Thursday with a 29.40 triumph at Sandown and if he can get anywhere near his 29.14 best this week he will be right in the finish.

Outside Pass has only had three starts at the track for a win and a second, but she has trialled here in 29.10 which is the best official time of any of the greyhounds in this event.

The daughter of Head Bound and Tina’s Show recorded a nice win in a heat of the Melbourne Cup Prelude a few weeks ago and if she can get away to a clean start she could cause some concern for the two big guns either side of her.

Worm Burner represents the value of the field at $6.50, however he will be debuting at the track this Thursday which is some cause for concern.

The brindle dog is boxed beautifully on the outside and he did defeat all three of his opponents in the final of the Group 1 National Sprint Championship at Angle Park when clocking a mind boggling 29.17.

If he can bring his South Australian form to Sandown, he could cause an upset.

Odds to win the Shootout: $4

Odds to win the Shootout: $6.50 with Crownbet