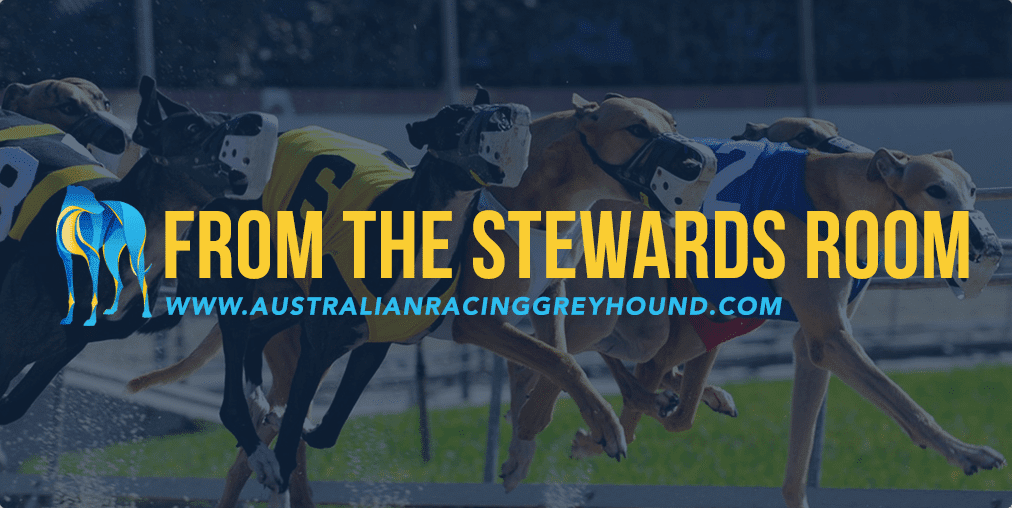 A NEW South Wales greyhound trainer has had his licence suspended pending the outcome of an inquiry after one of his greyhounds returned a positive urine sample to cocaine and its metabolites.

Morgan Fenwick-Benjes will not be able to train greyhounds in the interim after his dog Arlo Marlo returned the troubling sample when competing at The Gardens on December 23, 2016.

The sample was tested by Racing Analytical Services and was confirmed by the Australian Racing Forensic Laboratory.

Greyhound Racing NSW (GRNSW) stewards notified Fenwick-Benjes that the substance had been confirmed on February 21 and invited him to make submissions about why an interim suspension should not be implemented.

Fenwick-Benjes notified stewards that a suspension would have a detrimental financial impact and also gave evidence that he had been on vacation in the days leading up to the swab, supported by a receipt from the holiday resort.

However, stewards considered multiple factors including that Fenwick-Benjes had only been licenced since June 2016 and the seriousness of the matter.

Under GAR 92(5), Fenwick-Benjes licence was suspended.

The charge related to one of Foley’s greyhounds, Queen Taro, which returned a positive urine sample to amphetamine and benzoylecgonine when it competed at Wentworth Park on November 9, 2016.

Foley entered an early guilty plea to the charge, with stewards determining the positive sample was likely the result of inadvertent cross contamination during the transportation of the greyhound to the track.

Stewards took into consideration several other similar cases before handing down a 12-month disqualification, with six months suspended pending no further rule breaches within the next year.

The ban was backdated to the original suspension of Foley’s licence which occurred on February 14.

Stewards also considered special circumstances and altered the disqualification to allow Foley to continue to reside on the property providing that she does not train any of the greyhounds.

TWO trainers have been fined in NSW after being found guilty of breaching the prohibited substance rule when their greyhounds returned positive urine samples to arsenic.

Peter Simpson was fined $1,750 after his greyhound, Rapper’s Delight, returned its sample when competing at Casino on August 26, 2016.

Joe McFadyen was fined $625 after his greyhound, Legs Like Elle, returned a positive pre-race urine sample before competing at Wentworth Park on September 14, 2016.

BRUCE Peck has been slapped with a 36-week disqualification after being found guilty of presenting his greyhound Zali Magic to race when it was not free of a prohibited substance.

The substance in question was cobalt.

Peck entered an early guilty plea to a breach of GAR 83(2) with stewards considering multiple factors including that he had been licences since 1980 with no prior positive swabs.

Peck also produced the greyhound’s treatment records which helped stewards to conclude that the positive swab had resulted due to a significant husbandry failure.

The swab in question showed cobalt at a concentration of 960ng/mL – more than nine times higher than the 100ng/mL threshold.

Peck was subsequently disqualified, but has been permitted enter and remain at his current property under the condition that he does not train any greyhounds.

LEONE North was the subject of a recent GRNSW stewards’ inquiry after her greyhound Tee Kay returned a positive urine sample to to the substances lignocaine and 3-hydroxylignocaine when competing at Grafton on October 31, 2016.

North entered an early guilty plea and was suspended for a period of nine weeks.

The charges were in relation to the greyhound Dundas Boy which returned a positive sample to arsenic at a concentration higher than the allowed threshold when competing at Bendigo on July 15, 2016.

The stewards panel ordered the first charge to be struck out, with Keene pleading guilty to the second charge.

Evidence was heard that the swab may have arisen as a result of using products containing seaweed which were fed to the greyhound close to the event in question.

The RADB determined to impose a six-month disqualification, wholly suspended pending no further breaches of GAR 83 during that time.

The greyhound was also disqualified from the event on July 15, 2016.