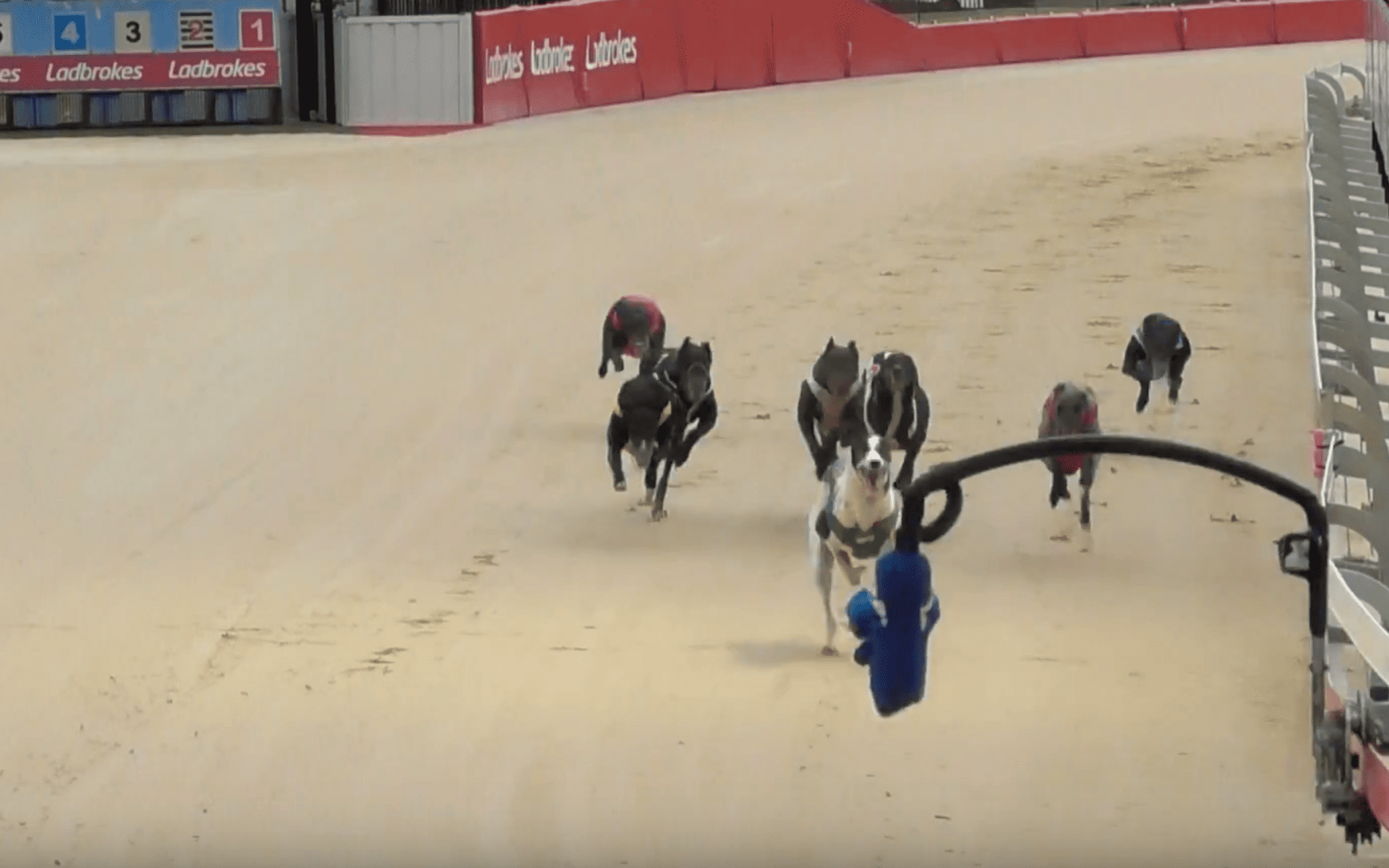 Readers may have noticed all the talk about the switch of 410m starts at Horsham from a conventional wide position to a close-in spot using drop-in boxes, therefore involving more expensive equipment and extra labour. This emerged from theoretical analyses by UTS, using lots of mathematical formulas and computer simulations. The track’s overall layout was improved at the same time, mostly in respect to cambers. So how did it go?

Well, if you had an each way bet on the project, you missed the winner but maybe ran a place and got your money back.

In 39 meetings over the last eight months there have been 23 fallers in some 200 races over the 410m trip – ie in 11% of all races – but only three fallers for the barely changed 485m trip, which is minimal.

Previously, the long term data for Horsham showed a 6.7% fall rate for 410m races (when starting from a wide position) and 4.3% for what were then 480m races.

The interim conclusion must be that improving the circuit – turn radius, camber etc – can be a worthwhile exercise but using tightly located boxes of whatever style shows no promise at all. Plus, the drop-ins are obviously an extra cost.

Drop-in boxes are now in use at Shepparton (385m). Earlier, they were tried at Bulli (400m) but were soon discontinued. Geelong (600m) also had slide-in boxes at but that was in a different context and they were eliminated when the track was rebuilt.

Looking closer at Shepparton, it turns out that falls during the same eight month period over the slightly shorter 385m trip were actually much higher than the former rate for a 390m trip – 10% versus 7.2% – while the 450m trip was in the same ball park – 4% versus 3.7%. Clearly, re-positioning the boxes using closely-spaced drop-ins most certainly did not improve safety and probably made it worse.

So far as we know, the box change at Shepparton was not accompanied by any significant attention to the circuit.

The differing results are consistent with racing logic in that boxes set close to the rail must deliver a more crowded field between the jump and the turn than a start where the boxes are widely located and the dogs can and do spread out more.

That principle is reinforced when, for example, you look at widely offset starts for 520m races at Ipswich and Bathurst on the one hand, which work well, but at Dapto on the other hand the reverse applies because the boxes are aligned with the running rail and the inside couple customarily move to the right at the jump, thereby adding to interference and promoting more winners than usual from outside boxes. (All this is quite separate to what happens on the turn itself).

Historically, the average fall rate in Australia is 5.5%. Individual trips vary from near zero to 15%. Of course, that involves all aspects of a track but in virtually all cases that rate is higher for starts close to a bend than it is for longer trips at the same track.

Easily the best on the list are Hobart 461m and Devonport 452m, followed by WA’s pair of Mandurah (all distances) and Northam 509m. (No tests have been done at re-built tracks at Gosford and Cannington (however the old Cannington track rated quite reasonably, although it did excessively favour hard railers).

Is a fall rate a good measure of a safe track? OK, it seems to be but if someone has a better idea, let’s hear it.

Sure, some falls would be track-induced, some would be due to clumsy dogs running into each other. (The vast majority of race falls occur when one dog tangles legs with another dog, or suffers the outcome of such a clash). Otherwise, injury numbers would be important but they also involve other elements than just the layout of the track. The type and positioning of the lure may also have an influence but there is no data to explain that.

But the main feature of fall rate surveys is that they never varied much at all. Every time we ran the check it spat out much the same result.

As for drop-in boxes themselves; they are a dud. An interesting idea which does not really work. The trick is that magical mathematics and simulations are all very well but they must be used in conjunction with racing knowledge and also be subject to later testing and verification.

Not Just The Boxes

Mind you, those comments could be applied to many structural changes introduced by authorities. The initial reasoning is usually cloudy or opinionated and detailed results are never published.

Elsewhere, the nation now boasts a wide range of lure types, periodically changing from one sort to another yet seldom have we seen reports of why those changes were made or what the respective types produced. (Queensland is a partial exception but its results were conflicting). Geelong has been experimenting with a follow-on-lure for ages but we have no idea of the outcomes. And so on.

What I am getting at is that the use of professionals such as UTS (or WDA – re live baiting) to delve into racing practices is a good thing. In both cases, the efforts were an initiative of the much criticised Paul Newson at GRNSW – a newcomer to the industry. But their processes and recommendations must be filtered through practical checks and reinforced by actual results. Transparency is not only a good principle; it is essential to understand what is going on.

(Basic data here is culled from official state records, which assume that reporting from clubs is accurate).

Maybe it’s not the starts but the distances ? The shorter the distance the more the falls ?

The above article contains inaccuracies. “In 39 meetings over the last eight months there have been 23 fallers in some 200 races over the 410m trip – ie in 11% of all races – but only three fallers for the barely changed 485m trip, which is minimal. Previously, the long term data for Horsham showed a 6.7% fall rate for 410m races (when starting from a wide position) and 4.3% for what were then 480m races.” The facts are: *Horsham conducted 352 races from the 410m over that 8 months with 23 greyhounds falling. Using the methodology in the article this is… Read more »