After relishing having all eyes on him before winning the Million Dollar Chase in September, McInerney will be thinking “bring it all on again” for his Melbourne Cup heat at Sandown on Saturday night.

Indeed, the three-year-old loves the spotlight of big race nights, according to his trainer Brendan Pursell.

And there is no bigger occasion in greyhound racing than the Melbourne Cup.

“It (running in Group 1 finals) doesn’t faze him and he doesn’t let it get to him,” Pursell told Australian Racing Greyhound.

“Having camera crews in their faces while they’re walking around, some dogs don’t like it.

“But that stuff doesn’t worry him.

“He’s just matured and he’s at the top of his game.”

Being competitive and ultimately winning his fair share of races in Tasmania, Sydney and Victoria has been integral to McInerney’s maturation process.

“I think he’s just matured. He came up from Tassie, won a lot of races there and got a lot of confidence,” Pursell said of his chaser with an excellent 23 wins from 56 starts.

“Coming back to Melbourne, his runs have always been good.

“He works really good and has no injuries. Normally if they’ve got ability, they’ll show it.

“Touch wood, he’s been very healthy. He travelled up to Sydney four or five times (for the Nationals and Million Dollar Chase), and that’s helped with his fitness.

“Everything’s good with him. We haven’t changed much with what we’ve done with him over the past six or seven weeks.

“It seems to have worked.”

McInerney has winning odds of $4.20 with Ladbrokes for Heat 2 at Sandown Park on Saturday night.

Starting from box four is probably why he won’t go in as the favourite, and Pursell admits it will be tough going for him from there.

“He’s drawn a bit awkward in a way. The five (Baby Jaycee) on the outside of him has got speed, and the three (Let’s Win Coin) goes out well, too,” he said.

“So he’ll need a bit of clear air to get going. I’d like him to get some clear air early.”

Steve Shinners’ young gun Amplified has box one and is the $3.30 favourite.

“He’s a Perth dog, so I don’t really know him,” Pursell said.

“But I’ve seen him race and he’s a very good dog.

“This heat itself, you could probably say it’s a weaker heat.

“And that’s not taking anything away from the other dogs, of course.

“But there are heats which are a lot harder. You just need a bit of luck early so he can get clear air.”

Pursell will always be grateful for the journey McInerney – with $1.173 million in prizemoney to his name – has taken him on.

“We’ve made good money out of him, and it’s been a really good ride with everything that he’s done,” he said.

“My son (Blake) had him in Tassie, and came over to handle him in the bigger races.

“And he’s got some money out it, too. So it’s been real good.

“If he happens to make the final, he (Blake) will probably come up.

“He’s actually on a cruise while I’m doing the work, so he’s living the life at the moment.”

Pursell singled out McInerney’s owner-breeder Noel Mugavin and his trainer son for their efforts in helping the sprinter enjoy an outstanding career to date.

“Being the owner, Noel is a great supporter of me and he’s given me a lot of dogs,” Pursell said.

“He’s very easy to train for, and we have a very good friendship.

“We try to send Blake some dogs in Tassie – Noel sends him a few dogs.

“He’s doing very well and he’s had a good couple of years now.

“He came over here when COVID was on after Tassie was shut down, and he went back and tried to copy that by training and feeding his dogs the same way.
“Since then, they’ve gone better.”

Pursell will also have Who Told Shorty lining up in the Melbourne Cup Heat 1.

The two-year-old is an $18 winning chance.

“He needs the fence really bad.”

“That was his first start for me. I got him from Warrnambool six or seven weeks ago,” he said.

“I put him in the Provincial Plate heats and the final is on Melbourne Cup Night. 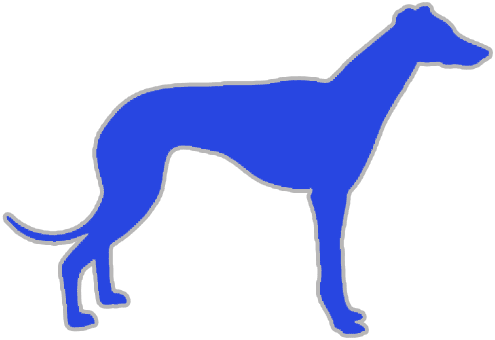