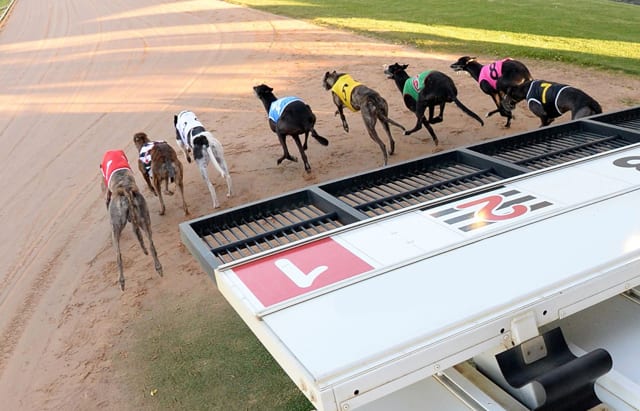 Are we killing the goose? Let me explain. Almost uniquely, GRSA is shortly to revamp its major circuit at Angle Park. Work will start next year with some positives and a major negative.

Rarely do major capital city tracks bother to attend to modernisation needs. Queensland never updates Albion Park although it regularly announces that a new South East Queensland complex is on the way. Sadly, that never happens. The Meadows was checking out a short trip at one stage but that seems to have died on the vine. Wentworth Park is occasionally being fiddled with but nothing seems to change in practical terms. NSW hears calls for straight tracks but even the one they have never sees proper racing and may fall victim to developers.

Hobart is okay (though distant), but Launceston continues on its merry way as a strongly biased track, mainly due to a badly designed first turn. Cannington had an enforced move (due to the landlord) and so has a brand new circuit which seems to be operating pretty well, bar the bend start for 600m races.

But Adelaide is progressing. The main 515m distance at Angle Park will increase to 530m which will ensure tougher measures will be needed to encourage more endurance from the local dogs. Cambers will also be increased to 10% on the turns. At the same time, what was once a 388m event is cut back to 342m; but still with a bend start. That’s a worry. So is the plan to play around with the “subtle” curvature of the rail in some hard-to-understand fashion. Time will tell there.

All of which brings to mind something I wrote here seven years ago (November 2013):

“There is an increasing trend to offer shorter races. The 390m/410m group in Victoria, involving seven tracks, is proving very popular, despite their disruptive bend starts. So, too, are the new trips over 388m at Angle Park and 400m at Gawler. Grafton has introduced a 305m trip. Albion Park added a 331m trip to the existing 395m. Oldies like Traralgon 298m, Cranbourne 311m and Dapto 297m sometimes occupy half the weekly effort. 302m trips are prominent on the Mandurah card. And, sadly, Wentworth Park has brought back 280m jump-outs which we thought had disappeared some years ago. At least the MGRA had the good sense to let Olympic Park’s horrible 311m trip fade away when it moved to The Meadows”.

If anything, today’s national picture is even worse than outlined there.

Richmond has hugely increased its 330m offerings, The Gardens at Newcastle has 272m races all through the week, Lismore has gone crazy with the shorts (259m). Gosford reduced its 400m event to 388m and Bulli added a 340m trip . Cannington routinely runs 275m and 380m races at its prime Saturday night meeting. And so on around the country.

Sub-400m races now cover over 60% of all racing, mostly with good prize money. How can this be good for the breed as a whole?

It’s of little use asking trainers as they are going to vote for anything with good prize money attached. Genuine punters will not be amused – if you can find any for these disruptive events. Gamblers may not even realise how long the race is. Administrators seem to do no more than count the cash coming in and then move on to the next race, even adding more races as they get the urge – all regardless of the flood of empty boxes being created. Excellence takes a back seat.

In short, nobody is worried about the trends of the last decade or where the industry might end up in five or ten years’ time. As it stands, that could include the near complete elimination of races longer than 500m, higher injury rates (from bend starts), more race disruptions to turn off intending fans and a general disincentive for the public to get involved; or just appreciate the worth of the breed and the industry.

“I want to modernise greyhound racing, to actually get people back to the track, to improve the accessibility in regards to wagering – I think the commercial opportunities are really strong and I don’t think they have been explored because of where the sport was at.”

While Covid has not helped, the remorseless push for shorter races has radically changed the product profile for the worse and cemented the industry’s reliance on money from mugs who have no idea of what they are doing. This certainly does not reflect the Mestrov objectives – quite the reverse.

Is The Considerable GRNSW Advertising Spend Getting Bang For Buck?

Similarly, while it has been good to see several full page ads in the Sydney Morning Herald (SMH) promoting greyhound adoptions, you have to wonder if this is putting the cart before the horse. Arguably, the big challenge is to first convince the general public that the greyhound is a fine animal with a great history and therefore worthy of their support for whatever purpose.

Indeed, those particular GAP ads could well have included little stories about the breed’s history to better inform the public – but that did not happen.

Oddly, that huge ad expense has come at a time when the SMH has completely chopped out greyhound racing from the paper – no fields, no tips, no results and no commentary. Not a good swap. The Australian, which GRNSW used to promote the Neds 280s; never talks about greyhound racing anyway. NSW folk have to rely on the Telegraph which caters to a large but limited sector of the population.

Otherwise, the Channel 9 live coverage of the Million Dollar Chase race was very good, but that was a once-off and will barely be remembered today. Advertising always needs continuity, which is what Mr V’Landys provides for the thoroughbreds.

GRV’s Thrill Of The Chase On Right Track

While on the advertising subject, Victoria should be complimented on the repeat runs of the Thrill of the Chase series on Channel 7Two at the moment – with one drawback. As with last year, the program has no sub-titles which means that crotchety older folk with hearing aids will have little idea what they are talking about. So I switched off. It would cost a bit more to include that but it is a standard feature of all popular current programs.

Such negativity . Massive interest in greyhound racing , reflecting in record after record wagering turnover Never a better time to own a greyhound . Never been as easy to get a run. Increasing Prizemoney. Safer racing with focus on improving safety and safety funding schemes in place if things do go wrong Assistance with retirement by way of funding dental and desexing costs where keeping your puppy yourself as a pet , and plenty of good Rehoming programs if wanting to find a home , with more focus happening in this area. Exciting group racing calendar . Time for… Read more »