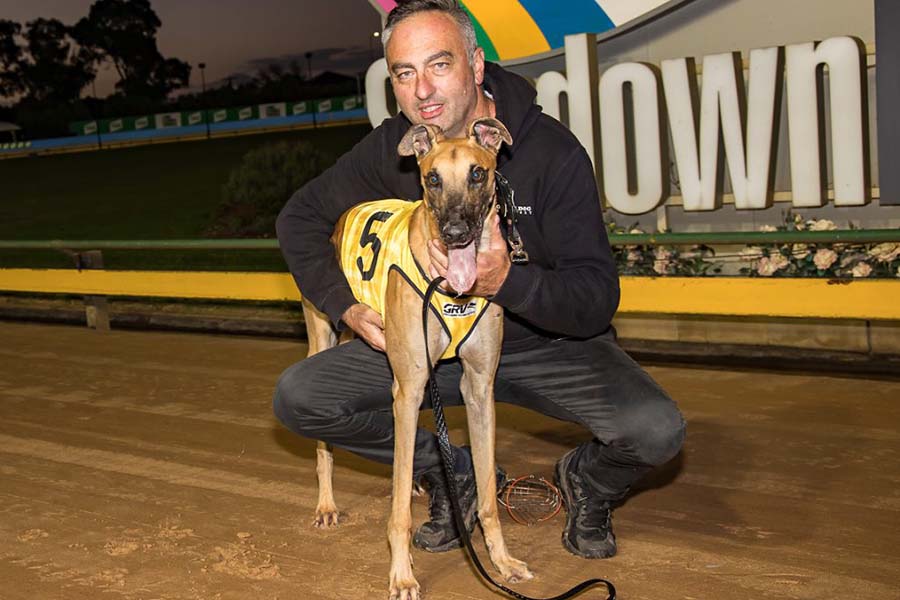 After a track-record breaking trial at The Gardens last Friday night over the 600m where he posted a ridiculous 34.10 performance on a severely rain affected surface, Zipping Kansas bounced back into the winner’s circle at Wentworth Park last night as the fastest qualifier for the Gold Cup final over 720m.

A clear start was the key for the talented son of Superior Panama and Zipping Katelyn and while he was tardy at boxrise, a clear pathway allowed him to sit in second position into the home straight on the first occasion. Holistic Key for Mark Davidson took up the early lead and battled on gamely to finish second, 4.75 lengths behind the winner, with Paris and Rome for Tom Rees in third and Hank The Hustler for Jeff Britton the fourth-placed qualifier. The Bulli 590m track record holder posted a slick time of 42.09, made even more impressive given the fact trainer Jason Magri admitted he needed the run.

“It looked like he missed the kick again, he probably needed the hit out, the blow out, as he got a bit tired, but I’m just happy he won to give him some confidence back.”

“We’ve sort of worked out what we’re going to do with him now going forward, which is good.”

While box draws haven’t done the 33kg chaser any favours in recent outings, he will have to contend with the squeeze box in next week’s final.

Super Estrella was the winner of heat one, posting a respectable 42.31, after stumbling at the start of proceedings. Exiting from box 5, the David Smith-trained chaser quickly mustered speed to take the lead approaching the first turn, keeping her rivals at bay by 6 lengths in the end. Ziggy Stardust finished second, with In Your Time for Barry Evans in third, followed by Micks Recall for Jamie Hosking in fourth. Smith was evidently pleased with the daughter of Fernando Bale and Esparza’s win, beaming as he spoke post-race.

“She did turn a little sideways at the start but did really well to regather and get around that dog, really proud of her.”

“She’s such an honest dog and just a joy to train. She always gives it her best that last little bit she usually gets tired but she pulled away tonight and I’m really happy with her and she’ll be better for the run next week.”