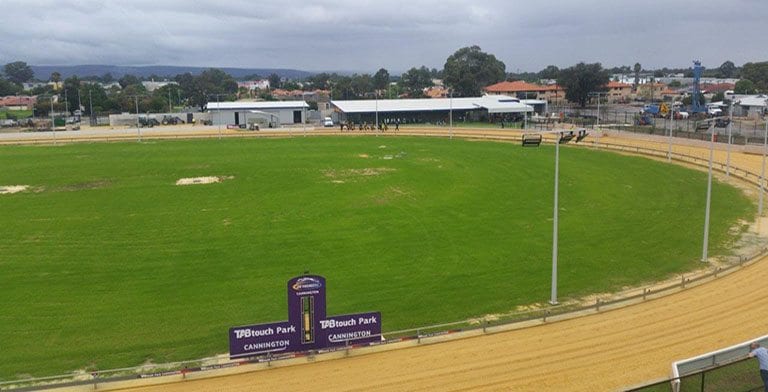 GREYHOUND racing is a prominent industry in Western Australia which was established in the early 1970s.

RWWA is responsible for governing the industry and is also in charge of off-course TAB wagering, with the Hon Colin Holt MLC, the Minister for Racing and Gaming, the minister responsible for overseeing the controlling body.

Meanwhile, the commercial aspect of the industry is run by the Western Australian Greyhound Racing Association (WAGRA) which manages racing at the three venues within the state – Cannington, Mandurah and Northam.

The first greyhounds reached WA in 1971 and were being held for auction by local vendors. The demand for greyhound racing was growing, with trials being conducted at venues surrounding Perth.

Work on the new greyhound racing site commenced the following year, with the first meeting attracting more than 15,000 when held on December 12, 1974. The eight race card generated more than $60,000 in TAB turnover whilst the on-course tote took in almost $120,000.

Greyhound racing was introduced in Mandurah in 1979.

The WAGRA Act of 1981 also saw the absorption of the Mandurah Greyhound Racing Association.

In 1995/1996 the WAGRA committee approved another greyhound track at Northam which was initially planned for the purposes of trialling and training. The first race meeting was held at Northam on September 30, 1996.

Since greyhound racing was introduced to WA during the 1970s, the sport has undergone numerous changes such as the conversion from grass to sand on all tracks, the change to an above ground lure system, the major redevelopment of Mandurah to include a 599m one-turn track, and a brand new track at Cannington which was opened in early 2016.

All up, six meetings are held in WA each week. 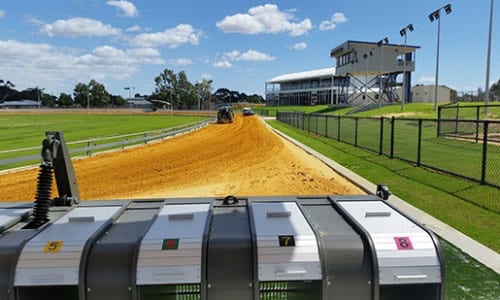 Mandurah: Mandurah greyhound track is the only one-turn track in the West and is located approximately an hour south of Perth. Greyhound racing is conducted at Mandurah on Tuesdays, Thursdays and Fridays, with racing held over 302m, 405m, 490m and 647m.

Northam: Racing is held at Northam on Monday afternoons from approximately 1pm from April through to October.

There are a number of feature races in the west each year, the main ones have been summarised below:

Where to bet on WA greyhound races

All of our top online bookmakers offer fixed odds and pari-mutuel betting on all TAB covered greyhound events in Western Australia.

Most greyhound betting sites release fixed odds approximately 20 minutes prior to the jump, which gives punters plenty of time to compare odds from different websites.

You don’t have to be worried about security when betting with our bookies, with Australian Racing Greyhound only recommending the safest and most reputable online bookmakers to ensure your financial and personal details are always protected.

Additionally, all of our top WA greyhound bookmakers feature a lucrative welcome bonus to help you get started on your winning way. These betting sites have got convenient bookie payment methods, have betting promos like freebets and have outstanding reputations in the industry.