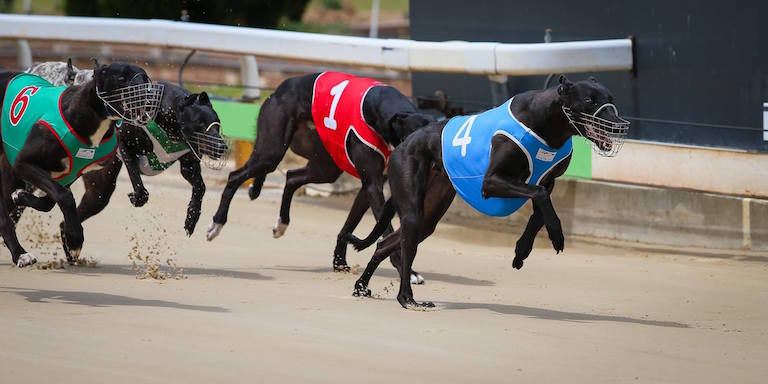 Former NSW Premier Mike Baird and former Racing Minister Troy Grant may well be seeing nature do what the voters refused to accept – a shutdown of greyhound racing.

Greyhound Racing NSW CEO Tony Mestrov is working furiously to put the NSW industry on an even keel in a very difficult time. That’s great, but where is it headed? For the moment, the Central Coast is getting a lucky reprieve as the de-listed Gosford club hosts transferred meetings after the failure of Maitland’s track surface. Others are not so lucky.

Just four years ago, following the live baiting and euthanasia sagas and board sackings, interim GRNSW boss Paul Newson (seconded from the Department of Racing) assessed that the industry’s big problem “was not welfare but finance”.

Today, horse racing has chopped prize money in light of reduced tote betting. Footballers will have to wear smaller pay packets, if any. Clubs will not return with the same number of staff. Tennis is in abeyance, but cricket is struggling for funds and fearful the Indians may not get here.

Happily, greyhound racing has so far managed to avoid some of the nastier side-effects of the COVID-19 crisis, even without access to all the usual betting outlets. Dog numbers are getting dangerously small, but that trend was occurring anyway. NSW has cut back meetings and deferred feature events, while Tasmania has shut down all codes for the moment. Other states are cutting both wages and prize money.

Three years ago, industry veteran Kevin Pitstock of Race Media (owner of this site and member of a family training greyhounds out of its Central Coast location) picked up the Newson theme and estimated likely industry profit and loss figures following the reversal of the NSW ban and the creation of a separate Greyhound Welfare and Integrity Commission (GWIC). That package included a government grant for track works spread over five years and also the requirement that GRNSW (the commercial arm) fund much of the GWIC’s ongoing costs.

That exercise came out some $24 million in the red. Using, say, a 2019 scenario, GRNSW would not be able to pay its way without further subsidy. The sums would be much worse today as coronavirus impacts hit home and more punters lose their jobs.

Some 10,000-odd NSW participants, including around 2,500 in the Central Coast and lower Hunter region, are struggling as racing opportunities fall away. A third of them are trainers, divided roughly into three groups: the well-off few; those just getting by; and those who did not really have much hope of making a profit anyway (hobby trainers). Only the first lot would have a chance of continuing in a tighter economic climate. The same fate would strike thousands of related businesses.

Owner/trainer/breeder incomes depend on two sources: capital transfers as they buy and sell stock, and prize money taken out of betting commissions. The former group depends on public confidence and a flourishing industry, the latter on punters, hopefully from re-opened clubs and pubs. But neither source is reliable.

In the medium term, prize money will be unsustainable and survival difficult without radical changes to the operating system. That demands big cutbacks in staffing and greater efficiency in how and where races are produced. Candidates will include:

* Cuts in subsidies to non-Tab country tracks – they are worthwhile assets for their PR value, but not at any cost.

* Greater reliance on large kennels where expenses can be spread over a number of dogs.

* Rationalisation of neighbouring clubs – for example, to run with both Casino and the nearby Lismore track is plainly irrational.

* Doubling up meetings on a single day (ie, two lots of 10 races)

* Stronger local marketing. Make clubs responsible for their own survival – ie, use it or lose it.

As Bill Moss, formerly boss at Macquarie Bank, recently told The Australian, “So, let’s say there’s something your business can’t do any more. You have to adapt, or it will be the end of you.”

Some participants might do well to get into breeding small dogs more suited to older couples, retirees, singles and sea change residents, all living in smaller houses and apartments. Like many farmers, they might even host school excursions or kennel tours with Devonshire Teas a couple of days a week. Whatever, they must adapt.

Alan Joyce at Qantas told the Sydney Morning Herald “it will take years to recover”, it will be “a different airline” and it will “shrink its fleet”, all in response to the same thing threatening racing – weak customer demand.

Some insiders are tempted to ignore the trends and hope for better times. Yet News Corp CEO Robert Thompson does not buy that, claiming, “There obviously needs to be a fundamental reset, the idea that things will return to normal this season is absurd.”

There are options, but more of the same is not going to be one of them.

Bruce Teague is a lifelong fan and commentator on aviation and greyhound racing. Has been published in both The Australian and SMH as well as contributing some 1,500 articles to greyhound journals over 30 years.

The article failed to mention the restrictions that were placed on breeding – each bitch had to be approved – each bitch could only breed three litters – bitches could not bred once they are over 9 yrs old. We have followed suit, but our numbers have not gone down the way they have in Oz. I know a couple of trainers who have gone from training or cut right down because of all the hoops.