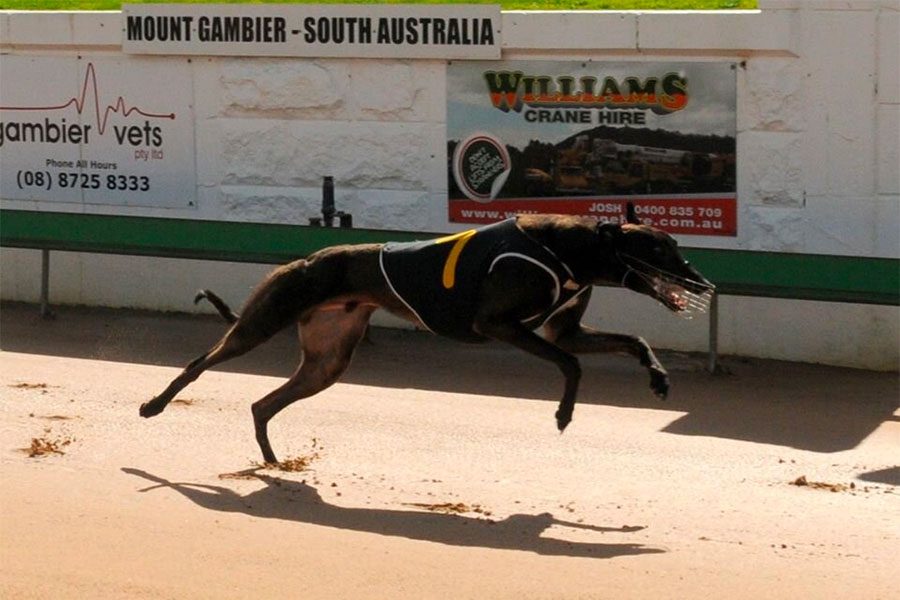 Angela Langton has one hand on the 2022 Mount Gambier Cup with the astute trainer having four greyhounds engaged in Sunday’s race.

She prepares Keep It Blue, Keep It Black, Weblec Ranger and Blazing Times in the $26,000-to-the-winner event.

Keep It Blue was the fastest of the heat winners, running 29.52 over the 512m, while Tracie Price, David Peckham and Jason Newman will represent the locals at Tara Raceway.

Daniel Gibbons prepares Quinlan Bale in the event and said despite the bad draw, he is still an outside chance.

“He has drawn terribly out wide with Langton’s three on the inside but you have to be in it to win it,” he said.

He has tipped a Langton runner to take the Cup, but said his chaser still had more to show in the coming 12 months.

“I had big wraps on this boy from his trial times and I still believe he hasn’t fully unleashed in a field yet,” the young trainer said.

“He is still a baby really but he has a strong future.

“I think Keep It Black is the best bet as it missed the corner last week and still won convincingly. If he can avoid trouble at the start then he is the one to beat.”

Blazing Times – Gets the gun draw but was the slowest heat winner last week.
Keep It Blue – Gets a good alley and did qualify quickest here in the heats.
Keep It Black – Got a little lost early here last time but has the talent.
Midnight Blast – Knows the track and if leads could be in this for a long way.
Whole Way – Strong greyhound but the lack of early speed is a concern.
Departure Gate – Is flying and did qualify second quickest, should get early room.
Quinlan Bale – Drawn poorly and may shift wide on first bend.
Weblec Ranger – Tough box to win a Mount Gambier Cup from. Risky.

We’ll keep it simple here and select KEEP IT BLUE on top, seeing as it qualified fastest here last week and has a super draw in box two. KEEP IT BLACK would make it a Langton quinella and it gets the nod as a second pick. DEPARTURE GATE can run third despite being drawn tricky in six. It has a slow beginner on its inside, which will help early.