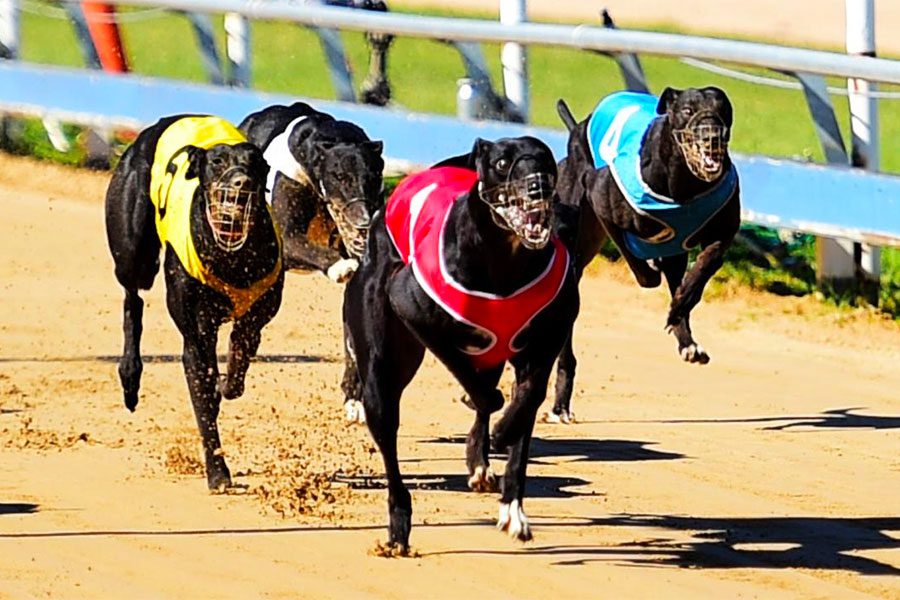 Rockhampton greyhound trainer Andrew Suli says he is losing sleep over the rules currently in place for positive cobalt tests.

Suli is currently on a stay of execution after receiving a 12-month suspension (six months suspended) for the banned substance which was found in two of his dogs – Lines and Rockstar Lincoln – in October last year.

He pleaded not guilty.

Suli maintains that both dogs presented with cobalt in their systems because it was in the packaged dry food he gave them named Winning Edge, which he believed would be free of any banned ingredients.

“I used to feed them Box 1 Gold. They stopped producing it. So I rang Greyhounds Australasia in Melbourne and asked them what they recommend, and they recommended Winning Edge because it’s made for the greyhound industry,” he told Australian Racing Greyhound.

“I’ll be laying in bed one o’clock in the morning and it’s all I think about at the moment. It just plays on your mind.”

Despite being super cautious on what he feeds his dogs, Suli believes it’s almost a case of Russian roulette with what ends up in their system – some packaged feeds can contain cobalt and others do not.

“I’ve done tests on dry food and Winning Edge. It’s got on the packet – food for greyhound racing,” he said.

“I presented it in the inquiry and it’s got no cobalt in it. It’s only got vitamin B12. B12 is not an illegal product to use.

“QRIC (Queensland Racing Integrity Commission) have banned cobalt salts. Well, B12 is not a cobalt salt.

“It has cobalt in it, but it’s not a cobalt salt. They brought it up in the inquiry – ‘you’re feeding them a product containing B12’.

“I said if you’re going to nail me for feeding a product that says it’s approved for the greyhound racing industry, you’ll nail every dog trainer in Australia.

“Because there’s B12 in everything. So do we just have to feed our dogs a glass of water now?”

Suli believes a number of factors can lead to greyhounds returning a cobalt reading higher than the 100 nanograms per millilitre limit they are currently allowed.

And after going over the limit pre-race, that reading can drastically drop post-race. But if a dog tests positive before racing and negative after it races, the trainer is still hit with a breach notice.

Stress or excitement levels while being driven to the track can also heighten cobalt readings in greyhounds.

“Ross Wenzel does all the testing on humans at the Royal Sydney Hospital because they have cobalt in implants.

“And people have to get testing done to make sure there isn’t cobalt poisoning. He’ll tell you that blood is the only medium to test for cobalt.

“They will not test a human being for urine because it can be multiplied 10 times.”

Suli said the Greyhound Welfare Integrity Commission (GWIC) in NSW has carried out its own testing on greyhounds after consuming Winning Edge product, and he was alarmed with the results.

“GWIC stewards did their own personal testing. And it was proven that after feeding the dogs Winning Edge kibble twice a day, they got readings of up over 500,” he said.

“Their own stewards have proven this.

“I don’t go looking up on the internet to find out if an approved product is going to return me a positive swab or not.

“When the body is stressed the urine is concentrated. That’s where you go positive with a pre-race swab.

“I went to the vet here in Rockhampton on the advice of Derek Major and Ross Wenzel. I just picked four random dogs out of my kennel feeding them meat and dry food twice a day.

“She scanned and microchipped them, and took blood and urine.

“She boxed it up and we sent it down to Ross Wenzel to test. Three out of the four came back positive 180-plus in the urine. It came back (a reading of only) three in the blood.

What has also left Suli scratching his head is how severe the penalties are for cobalt being found in greyhounds, yet more potent drugs such as painkillers are found in others.

And those trainers are not getting suspensions.

“What I’m dumbfounded with – I brought this up in my inquiry. There was a case where a bloke got done for nine positive swabs to an S9 drug and he got fined $1500,” Suli said.

“That’s a painkiller. I got caught for something I’ve proved was in my feeds and I’m looking at 12 months.

“I just lose faith in the industry when you can go nine positive swabs to an S9 drug and get fined $1500.

“How much cobalt do you need to use on a dog to make it performance-enhancing?

“(Wenzel and Major) will tell you – to be performance-enhancing in horses your level has to be way higher than our limit in greyhounds.

There has been a recent trend in greyhound racing for trainers to just plead guilty and cop their suspensions on the chin for cobalt.

Otherwise, they are looking at hefty legal fees to fight the charges.

Lily Monelli returned a 190 cobalt reading before her race, but then just 14 after her race.

Tzouvelis wanted to scale back his training and go travelling, so he did not legally challenge his suspension.

But not everyone will sit still while having their reputation blackened.

Suli wants to prove he did not know there was the presence of the banned substance in his greyhounds, and clear his name.

“They (QRIC) took ‘administering’ off the table and they charged me with ‘presenting’,” he said.

“But I’m not admitting that I presented the dog knowing it had cobalt in its system.

“I got Winning Edge tested by Symbio Laboratories and the batch I got tested was .77 micrograms of cobalt per kg.

“But that wasn’t the bag I fed them.

“I said I’ve gone through 60 bags of dog food – I’m not going to get every bag tested.

“Tommy (Tzouvelis) got one done and his was 2.2, which was 15 times higher than my bag of dog food.

“You should not be tested in pre-race swabbing.”

Suli lives and breathes greyhound racing, but he worries about its future because of the way it is so tightly regulated.

“I was born into the racing industry. I love it, but geez it’s getting ridiculous now,” he said.

“I want to know why some people can get away with stuff and others can’t.

“I said ‘well you still would’ve had to inject the dog with it. It’s still an S9 painkiller’.

“I mentioned that at my inquiry, and they just say ‘different circumstances’.

“And I say mine’s a different circumstance too – ‘I’ve proven it’s in my feed and you’re still going to nail me for it’.”

Suli believes cobalt is so common that it could be found anywhere, adding to the paranoia trainers now have towards being picked up for cobalt breaches.

“I sent my meat away to Symbio, I sent everything I feed. I even sent the grass and soil from my emptying-out yards,” he said.

“Everything came back positive to cobalt. But my dry food was the highest.

“I’ve spoken to a couple of stewards about it and I’ve asked them ‘how do we go about changing this?’ Because I was number 297 to go cobalt positive in the three codes since they brought in this rule.

“To race now, I cut out my dry food a couple of days before race day. And you’ve just got to battle your weight then.”