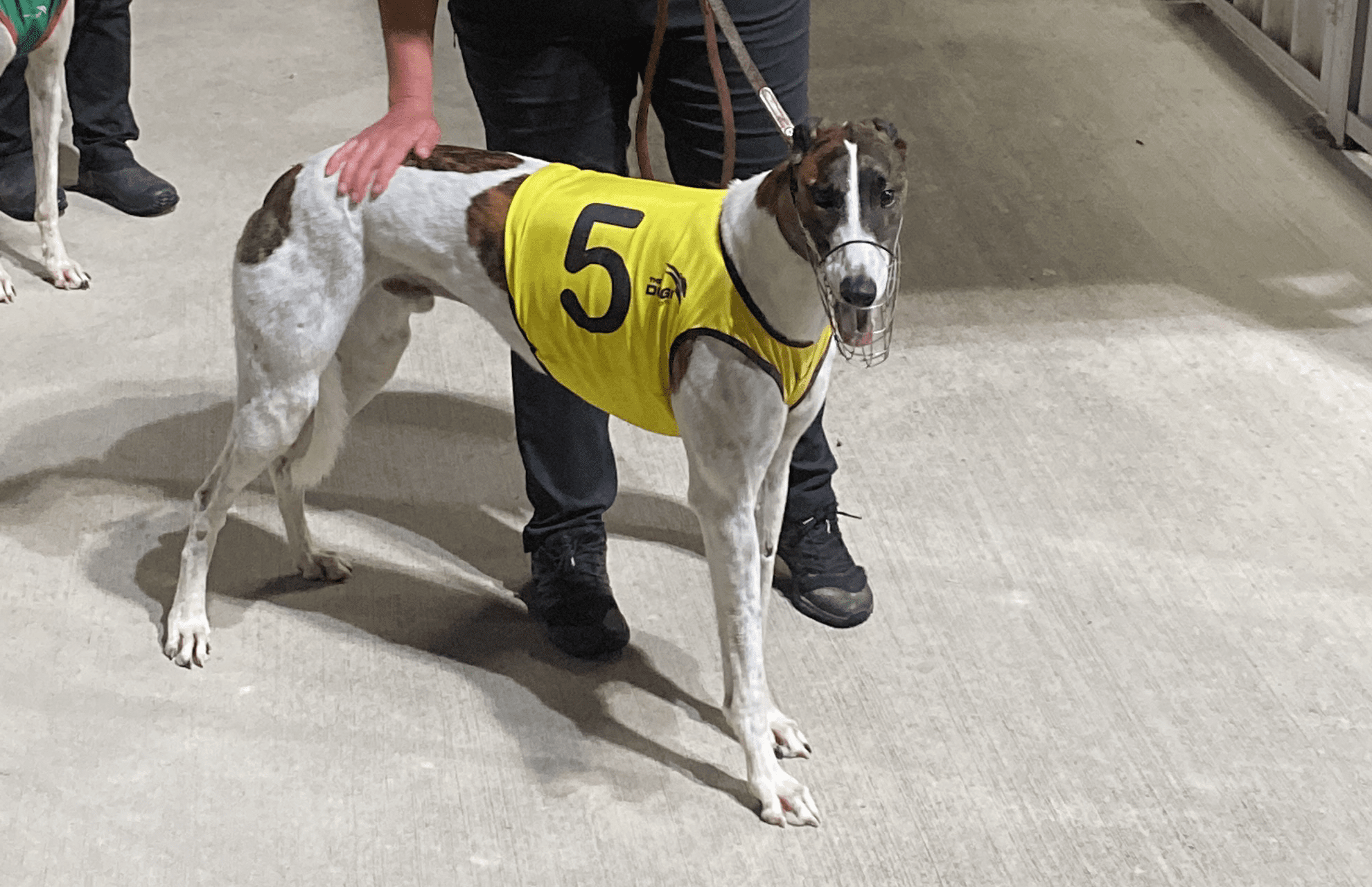 Star sprinter Wow has run his final race, officially retiring as a chaser and commencing full-time stud duties, much to the excitement of prospective breeders.

The son of Fernando Bale and Miss All Class, also affectionately known as ‘Bear’, gained a cult following throughout his career, which consisted of 58 starts, 32 wins and 18 minor placings and over $391,000 in earnings.

Commencing his career at Bulli back in December of 2019, surprisingly, it took the 32kg chaser four starts to crack his maiden victory, however once he did over the 400m at Bulli in a sizzling 22.24, the white and brindle chaser strung together four consecutive wins around the one-turn circuit.

Quickly stamping his authority as a star on the rise after carving out a slick 26.17 effort over the 472m.

His first taste of group success came less than a year after his debut, taking out the Group 3 Goulburn Cup Final in 24.33 over fellow litter mate, Ad Astra.

That was followed by a track record winning performance at Gosford in the Group 2 Gold Cup, clocking a blistering 28.88 in his heat win.

Wow was officially established as one of New South Wales’ star sprinters and many were declaring it was only a matter of time before he cracked that illustrious Group 1 win.

After being selected for the Group 1 Temlee at The Meadows to be run and won during February of 2021, he stunned the greyhound racing fraternity with a breath-taking performance from box five to salute by 1.75 lengths in 29.78.

Returning to what affectionately became known as his stomping ground at Goulburn, he strung together back-to-back Group 3 Goulburn Cup wins, taking out the 2021 edition, after setting a new track record over the 440m of 24.18 a few months prior.

In a glittering career that saw him attract a legion of fans, Wow’s demand at stud is starting to see him attract some lovely potential matings including She Zipper, Worby Music, Let’s Win Meisha and Classy Ethics.

Straws are available for $1,800 and can be obtained by contacting Ruth Matic.