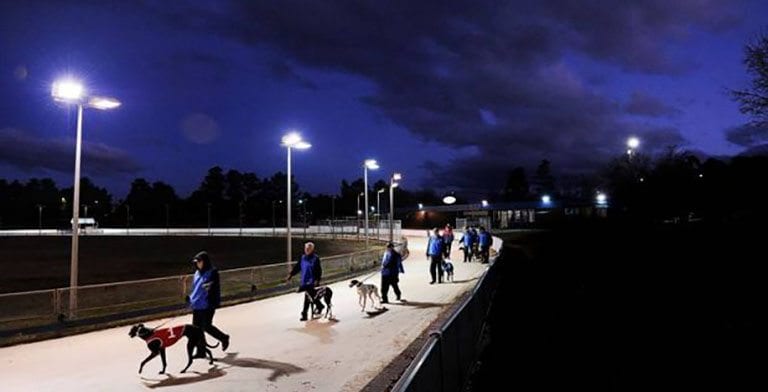 The rally will be held on Monday November 27, the day before legislation is expected to be debated and passed to ban greyhound racing from April 30, 2018.

People are asked to meet at the Canberra Greyhound track for a briefing at 11am and to be given shirts and signs before heading into the city at noon for a rally at the ACT legislative assembly, lasting approximately one hour.

Canberra GRC spokesman Kel Watt said a message needs to be sent to the government and the community about the effect a ban on the sport will have.

“We want to get as much public pressure on the government as possible,” Watt told Australian Racing Greyhound.

“We also want to make the public aware of the job losses, the impact on the economy and the community.

“We also want to let them know about the nasty parts of the legislation such as no compensation for anyone who loses their livelihood.

“And while its not going to be illegal to own and train greyhounds in the ACT, there are going to be huge new costs involved which will drive people out by stealth.

“It will cost tens of thousands of dollars to remain an owner and breeder of racing greyhounds and from the 30th of April even trialling greyhounds will be made illegal.”

The ACT ban was announced in July 2016 following the news of former Premier Mike Baird’s proposed ban on the sport in NSW. While public pressure eventually led to a backflip in NSW, in the ACT the Labor government, which has formed a minority government with the support of the Greens, has remained steadfast with its policy to end the industry.

The Canberra Club have previously slammed the government for maintaining its balance of power and ties with the Greens at the expense of sacrificing the greyhound racing industry.

Watt says the decision to ban the sport sets a dangerous precedent for other industries, particularly in states where there is a minority government relying on the support of minor parties such as the Greens.

“If this goes through the Greens will think they have the blueprint to shut down all codes of racing and any industry they don’t agree with,” he explained.

“It is particularly alarming because we haven’t done anything wrong. Every rule and regulation the club has been asked to abide by over the last 40 years has been adhered to.

“We have had countless inspections, inquiries and spot checks and it doesn’t matter if you are talking about animal welfare, racing integrity or even the person working behind the bar holding their RSA – we have got a clean bill of health in every aspect of our operations.”

Watt believes the majority of community support now stands with the greyhound racing industry, but said the industry will only get one shot and needs to work together to make the rally successful.

“This rally is vital. If we only get a couple of people here it gives the government the green light – we need hundreds of people here and we need to make a real fuss.

“The Canberra Club is prepared to cover the cost of petrol or bus hire if it means the difference between people being able to attend or not.

“We need to show this doesn’t just affect the staff members and the owners and trainers around Canberra and Queanbeyan.

“This is not just a fight to save Canberra, this is an attempt to stop the first domino from falling.”

Additional details: After the rally there will be light refreshments and the bar will be open at discounted prices for all supporters.

Please do not bring your greyhounds to the rally, if you wish to bring them on the journey as it fits in with your racing schedule please advise the club as they will have the race day kennels open. (which are air conditioned, secure & under surveillance).

Contact your local club if you wish to come on a bus, CGRC will be contacting them to offer assistance.