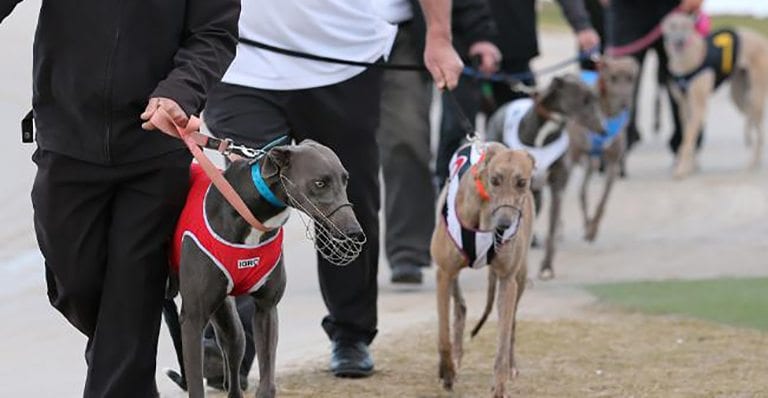 Good versus evil? Or the reverse?

At a time when the greyhound code is screaming out for strength through national cohesion, five events are pulling the rug from under its feet:

Yet, in that climate, much of the industry is reporting rising income. How is that possible? How can a string of negatives generate more cash?

More specifically, who is contributing the extra cash? The short answer is that we don’t know because nobody tells us. Any information that does sneak through is a result of a state authority issuing a media release about big bets but that is erratic and unusual. Alternatively, GRV tells us that the Watchdog’s big picks – normally very short – made a nice profit yesterday but forgets to mention it lost badly the day before.

Separately, however, we can interpret the outcomes from the independent data we do have.

Routine inspection of race markets tells us that favourites are regularly sent out at ridiculously short prices – more than half of all odds-on pops never look like winning. It’s not bad luck but just that the dogs do not have the form to justify the rating. This cannot be the doing of serious punters so the only possible conclusion is that mugs and tipsters dominate.

The Totes (ie Tabcorp) have been progressively dumbing down the betting product by pushing Mystery versions of Trifectas and First Fours, both of which are strongly biased against the investor and which distort true odds as a function of basic arithmetic. You will lose before the race starts.

State authorities don’t help either. The key formguide producers left (Ozchase and Watchdog) persist in suggesting prices that add up to 130% books or in tipping Boxed Trifectas which, like Mystery bets, are losers before the race starts. Why give the public poor information? No wonder corporate bookies are happy to offer “Best Tote” odds.

To classify this as a “mugs’ game” is pretty right, yet there are winners. The problem is that they are not customers but corporate bookies. State authorities are then left free to play around with all the windfall income (commission) and ignore any need to be more circumspect with their own expenses or staff numbers. They get first crack at the cookie jar.

Yet another beauty which is getting a good run is the state-bred prize money concept which is in place in many areas or soon will be. Victoria is the leader and has just announced big increases in Vic-bred prize money for eligible races – to a total of $3.1m this coming year. (Funny that Paul Wheeler is not a huge beneficiary as much of his progeny is whelped or served in NSW).

Of course, previous boosts in Victorian breeding bonuses (under Premier Napthine) were of no value at all as breeding actually declined after they came on stream. Apparently, lots of breeders did not get the memo.

In any event, why introduce a policy which arbitrarily discriminates against over half the nation’s racing stock? There is no upside there as without those boosts the local owners and trainers would get the cash in some other form anyway.

Experience has told us that statewide bonuses like these are not the key factors in raising or lowering breeding activity. Other elements are more critical to breeding decisions. Clearly, one was the 2015 live baiting saga, followed by the aborted attempt to ban the industry in NSW. That combination effectively halved breeding numbers while plaintive efforts amongst the states failed to uncover the real truth – or even to look for it.

All of which leaves us with an important query. How good would the code be if more effort were directed to ventures that produced real and provable results? Arguably, prize money would jump further, more tracks would be improved and more advertising mounted to pull in fresh customers.

Of the above five industry threats, three are completely in the control of state authorities while the other two – involving betting houses – attract very little comment from the same authorities or from GA. Indeed, those authorities are also in charge of everyday prize money allocations which might be used to more productively to better guide the industry to long term success.

At the same time, barring dramatic newspaper headlines, political influence is either unseen or non-existent. Obviously, state Racing Ministers are under little pressure to relieve the situation by taking a closer look at the national picture – despite the strong likelihood of their Treasurers achieving bigger tax benefits via a more efficient wagering regime.

Some years back, as the states were busy selling off their Tote businesses to the highest bidder, racing administrations accepted big capital payoffs from Tabcorp and others in exchange for their rights to effectively control the industry. Where once the Tote was simply a service provider to the industry, it is now its master.

Sadly, it’s not doing a very good job of it. Tabcorp lost $870m in 2020 while serving up rubbish trot racing from Timbuktu on multiple SKY channels. With some help from Covid, it is seeing its core market dwindle under the relentless pressure from Northern Territory bookies. Thoroughbred betting volumes will see them through but the big loser will be greyhound racing which did not have much to start with.

The current boost to wagering on dogs is marvellous but, for the most part, it is coming from mug gamblers who hardly know what they are doing. Can it continue?

Bruce has a unique view of greyhound racing, comming from a professional punter perspective. His views are often challenged and ridiculed by genuine greyhound racing participants. No doubt Bruce has some valid views however they are not all shared by the grassroots greyhound owner and trainer..

People r giving up,because the ridiculous rules in racing,u have to tell them everything u feed a dog,even if u add a vitamin,u have to have whiteboards and books with everything documented and this is welfare,they’re so hard on people that they find it’s not worth it,trainers r expected to produce race dogs but there’s no training facility to teach pups,trainers r fighting to get a trial at race tracks which many miss out,this is cruel not only to the dog but the trainer,everyone listens to activists and they’re rubbish which they have absolutely no idea about our industry,grv needs… Read more »

Never been a better time to own a greyhound and be in greyhound racing .

GA was formed in 1937 at a time when NSW had a near monopoly on ,technical hare racing. GA essentially was a National Body formed to aid trade in Australia and overseas. GA compiled the States stud books into a National Stud Book and decided rules at conference, It published minutes of conference including financials in its stud. GA acted with the various States making submissions concerning Federal Law. It represented greyhound racing g in the sales tax on greyhound food , and the provisions of GST. GA (ANZGRA) had a frosty relationship with the NSW Minister of Racing in… Read more »