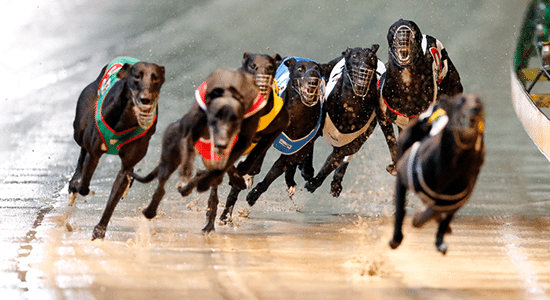 The Victorian Speed Star series is a nice addition to the ranks of quality races. Over a few months, the fastest eight dogs over each distance at The Meadows get to compete against one another in a final. A good feature is that individual dogs have the way clear to improve on what might have been an earlier unlucky run.

But the current listings – still open – reveal an interesting statistic.

Both 525m and 600m personal bests (PBs) show the leading times only three lengths or so above the track record. On the other hand, the best 725m time is some seven lengths above Space Star’s 41.93 track record. Sunset Bourbski, which has won seven of its last 10 long trips, has a 42.41 to top that list but the next few are another four lengths slower again.

Sprinters are doing fine but top stayers are really scarce. Why is that? I don’t accept it is all part of the cycle as it has been going on for too long. Even the occasional smart time is rarely repeated (Here’s Tears is a recent example) – something which is the true test of a top class dog. There have to be underlying reasons which need investigation.

Still on the subject of Victoria, its multi-page Facebook feature on the Healesville Cup was excellent publicity for those who dabble in social media. Well done. Personally, I don’t use social media but plenty do, despite is dubious accuracy.

But this one is hard to buy. The Geelong Cup will next be run over 520m on its inside track, not over the traditional one turn 460m trip on the outside track.

It’s hard to see the value there. The tighter 520m journey gets only occasional use and clearly caters for a different mix of dogs. Big striders and others like to make use of the roomier outside circuit, and have done so since the Cup was first run.

Besides, just down the road you have four meetings a week at The Meadows and Sandown which easily cater for the 500s (notwithstanding a shortage of dogs at the moment). Sure, the Western half of the state lacks a circle track but the Geelong Cup was always the premium one-turn event in Victoria. Sad to see that go.

In the same vein, but taking an opposite view, I would like to see the Bendigo Cup run over the 500m journey rather than the shortish 425m. Although the 500m has a slight bend start, it is a more desirable test of a dog’s overall ability, which is what the game is all about. 425m is a distance for weaker dogs although many quick beginners take it out.

Note 1: That 500m start at Bendigo could easily have been straightened out by pushing the fence out when they rebuilt the track recently. Also of regret is the elimination of the old 700m race in favour of a biased 660m trip which starts on top of the turn.

Note 2: Analysing performances of many thousands of dogs, you will find there is a distinct break between the 400s (or 425m) and the 450s bracket. Some can move up successfully but many can’t. The speed of the average greyhound maxes out at around 435m, after which it is slowing and strength comes to the fore.

Back in Sydney, the first full week of the absence of news items and field/price lists in the Sydney Morning Herald is now completed. Greyhounds have disappeared – nothing at all. The Australian never bothers so The Telegraph is all that is left.

Perhaps GRNSW has given away all its available cash by raising prize money a notch? That’s fine for some folks but it throws doubts on longer term fortunes. Businesses find it hard to prosper when they forget to spruik their wares.

“The Tele” is a good seller but it caters to only one sector of the population. As I mentioned previously, Harvey Norman is successfully thumping multi-page ads in the SMH, which is where the other half live, so there must be potential customers there. And the Million Dollars is in the offing.