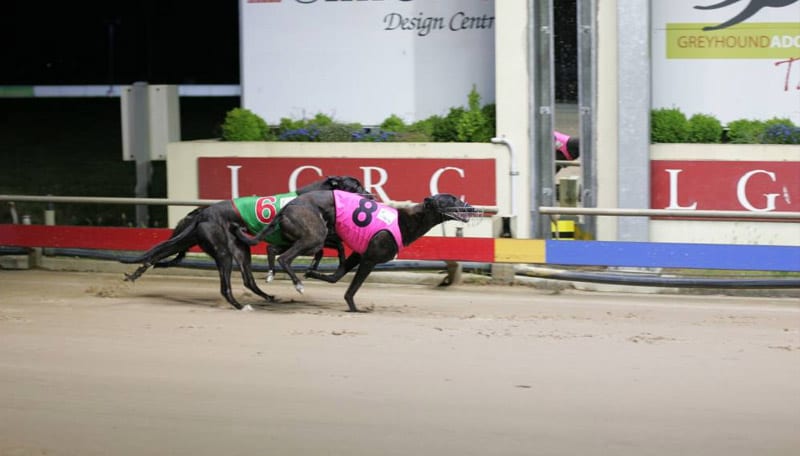 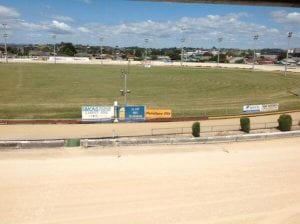 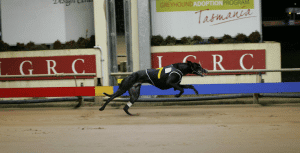 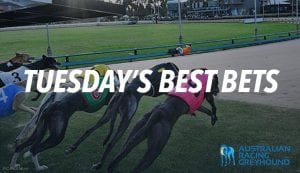 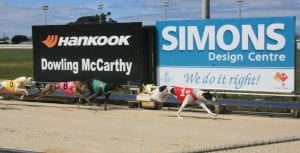 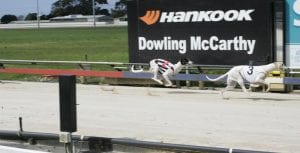 Englund’s duo ready to burn in Puppy Championship at Devonport

With Tasmanian greyhound racing already conducted at both Launceston and Hobart, a group of greyhound racing enthusiasts were keen to see the sport being run in the Devonport area and were the pioneers behind the track.

The first meeting, held inside the trotting track at the Devonport Showgrounds, was held on Thursday April 3 1952, conducting 10 races, all with 10 starters. The grass track raced over one distance, 465 yards. The winner of the first race was Franken Boy (box 3). The first feature event was held on the same night and was called the Rainbow Cup. It was won by Glentude (box 2) the 6/4 ($2.50) favourite.

Eventually a 573 yard distance was added some years later.

Tasmanian Racing does not own the land on which the Devonport Greyhound and Harness Meetings are held, instead renting off the Devonport Show Society.

The track surface was converted to sand during the 1980s. This greyhound track currently races over 452 and 580 metres with the boxes virtually in the same starting position that they were all those years ago.

Until the early 1980s, Devonport had a four-month hiatus during the winter months with racing not conducted between May and August each year. Since then, the Devonport track has held regular meetings every week (usually on a Tuesday) to support both Hobart and Launceston clubs which also race once a week.

Since the turn of the century, the track’s facilities have undergone renovations which have seen a refurbished grandstand and a brand new kennel block for spectators and participants while the site is still shared with the harness racing code. 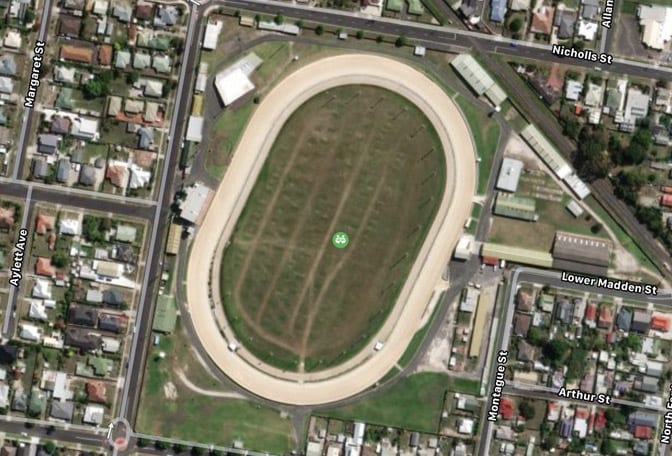 The race was run twice in 1996. The first running was in January with the winner being Ginger’s Charm. The second running was in October when it was taken out by High Tech Boris. The race was moved to October partly for the reason that it gave chasers a good lead up to the state’s biggest race, the Hobart Thousand. This happened until 2003 from which time it has always been held in January.

Amazingly, despite the relatively small pool of greyhounds in Tassie, only two greyhounds have won the Devonport Cup and the Hobart Thousand in the same year. The first was Shantung Tiger in 1997 followed by Black Caleb just four years later in 2001.

The 452-metre track record was one of the longest-established in Australia at one time. Lilli Pilli Lad ran 25.13 on July 7 2000 and that time was not bettered until Sing The Song scorched around the circuit in 25.01 on May 6 2014. It is very rare for a record to stay untouched for almost 14 years.

How to bet on Devonport greyhounds

Devonport greyhound racing club hosts many TAB meetings throughout the year, which means you can wager on the events that take place at this Tasmanian track. All of the best greyhound bookmakers have got markets available for meetings at Devonport, although there are few races that have futures betting available on them held here.

Tasmanian greyhound racing is also held at Hobart and Launceston tracks, with these courses probably regarded as more prominent than Devonport. All of these venues hold a decent standard of racing and all can be wagered on right across the globe.

With the global nature of greyhound racing betting in 2022, it is possible to wager on events from Devonport outside of Australia. Much like in Australia, you can bet on greyhound racing via mobile (including via betting apps) and on things like your computer or anything with an internet connection and web browser.

Betting on Australian greyhounds, including meetings at the Devonport greyhound track, is popular in places like the United Kingdom (best UK greyhound sites), New Zealand (best NZ greyhound betting sites) and the USA (best USA greyhound sites), with it legally possible to wager from these locations and many others.