The Black Top is the flagship event held annually at The Gardens greyhound racing track in the New South Wales Hunter Valley, carrying group 2 status and a $40,000 winner’s cheque.

The series is run and won over two weeks, with greyhounds competing in heats, with winners and second place getters (depending on how many heats are held) progressing through to the final seven days later.

Best bookmakers for betting on the Black Top

Being a main feature on the NSW provincial greyhound racing calendar, the Group 2 Black Top always attracts plenty of betting interest as the best of the best flock to the Steel City for a crack at the riches on offer.

Subsequently, all of our recommended online bookmakers offer fixed odds betting on the final once the heats and box draw have been conducted, giving punters the opportunity to shop around and snag the best prices available.

Many of our online bookies also offer fixed odds betting on the heats of the Black Top, with some, such as Bet365, also having all-in markets on the winner of the final prior to the qualifiers being held – perfect if you think you can spot some value prior to the series kicking off.

Some of our top rated bookies to bet with are as follows:

History of the Black Top 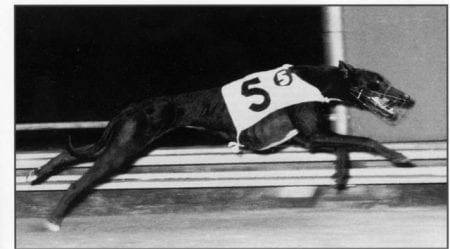 The race is named after one of the best greyhounds to have ever graced the track, Black Top, who was whelped in February 1961. The son of Top Linen and Classy Jane was bred by Edna Hanson in the suburb of Birmingham Gardens, the town in which The Gardens greyhound track is now based, and was trained near Newcastle by Frank Holmes.

The black powerhouse raced in the early 60s, facing the starter on just 20 occasions from which he managed 17 wins and two second placings. His stakes earnings of 5,352 pounds saw him retire as the sport’s highest earner at the time and he entered the stud scene with a record 65 pounds’ stud fee.

While he was a great racer, Black Top was an even better sire, serving 1,326 bitches and siring 6000 puppies, with some of his best offspring including Cheltenham Lass, Zoom Top and Milimsimbi.

Fittingly, when The Gardens opened its doors to racing, the NCA, who were in charge of running racing at the track at the time, named the club’s feature race after the immortal chaser which was inducted into the Greyhound Racing Hall of Fame in 2008.

The first edition of the race was taken out by Doreen Drynan’s Buddy Rich in 2005, with some of the best greyhounds from the area and across the country having won it since including group 1 stars One Tree Hill (2007) and Cindeen Shelby (2009).

Facts about the Group 2 Black Top

As mentioned, The Black Top is named after one of New South Wales’s greatest sprinters and certainly one of the most pre-potent sires in history. Black Top raced just 20 times for 17 wins and two seconds before being retired in his prime in August 1963.

He had a race named after him called the Black Top Trophy, which was conducted on the old Newcastle track (Beaumont Park) between 1972 and 1978.

Inaugural Running
The first Black Top took place over 515m at the Gardens on November 4, 2005 and resulted in a victory by the well-performed Buddy Rich, who defeated Arica Belle by almost six lengths and ran 29.41, a time which was not bested until 2010. The Doreen Drynan-trained sprinter collected $20,000 for the win.

Distances
The race has only ever been conducted over the 515 metres distance at the Gardens.

Only Reserves To Win
None.

Biggest Winning Margins
Buddy Rich’s inaugural win, by five and three-quarter lengths in 2005, remains the widest margin to date, followed by One Tree Hill (2007) who won by five and a quarter lengths and Cindeen Shelby (2009) who scored by four lengths.

Closest Winning Margins
All the winners have been clear-cut with Pantera Nera the closest to date, scoring by half a length over Maja Mahi Mahi in 2016. A year earlier, Uno Suzie won by just three-quarters of a length.

Most Successful Trainers
Jason Mackay won the race with Snozz (2010) and Mister Twister (2017).

Additional Notes
The Black Top was granted Group 3 status in 2006 and Group 2 status a year later. In the first 12 runnings the winners have come from a wide variety of boxes; indeed, every alley has supplied at least one winner. The best boxes so far have been box eight with three winners, and boxes three and seven with two winners apiece.

Trainer Jason Mackay, who won with Snozz in 2010, provided five finalists in 2013 but could only snare the two minor placings behind Billy Buzzard.

Trainer Robert Smith went from disappointment with seventh and eighth places in 2007 to winning in 2008 with Lochinvar Prada.