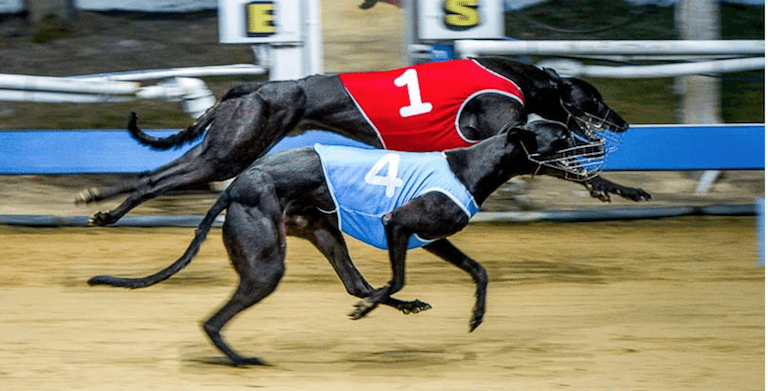 We have got the arithmetic wrong.

Sometimes circumstances can produce unexpected results. Across the country, racing patterns are being affected by three overlapping influences: less breeding, more empty boxes and rules designed to make more use of all members of the litter.

The latter change has introduced less competent dogs into the system, usually via preset schemes such as Tier 3, Grades 6 and 7, or Class C events. To a large degree, these are inspired by what authorities see as welfare improvements – that is, helpful aids to whole-of-life care and the reduction of euthanasia temptations. All quite true and worthwhile in the narrow sense.

But what has it led to?

We have held on to or increased race numbers, using a declining dog population, which immediately empties out some boxes and mixes up quick and slow dogs. Consequently, the average standard of the remaining fields drops. There is no other option. Following that, race distances start to shorten (the new dogs can’t run very far), starts are rougher as they are often on a bend, some slower dogs filter upwards through the system, and fewer long trips are scheduled.

Serious punters are not amused and wander off to other fields, leaving income in the care of the traditional mugs in pubs. There is nothing wrong with their money, but they haven’t got much of an idea what they are betting on and whether the price is right. Amongst other things, favourites will be over-bet, further discouraging sensible investors.

But nothing stays still. The remorseless trend to smaller fields has now produced an almost automatic extension of nomination deadlines, coupled with (in SA in particular) dedicated six-dog race programs. Even then, scratchings are plentiful, leaving punters with even smaller fields and the degradation of many betting pools and dividends. The betting picture is not helped by the secrecy attached to corporate bookmaker activity.

But what happens when appeals ring out for more starters? Why were the extras not entered in the first place? Were they still recovering from niggling injuries? Was there not a suitable distance? Did the trainers just forget, or did they want to wait for the dog to recover from an earlier race?

Or how about this one?

An odd thing happened on Bendigo Cup night last week. In a supporting race, stewards “discussed the frequency of racing for Yondu” with the trainer. During a 97-race career, mostly over 400m-450m, the three-and-a-half-year-old dog had run long successions of races with only a two (five times), three (38 times) or four (40 times) day gap between each. It has managed only eight wins, all in moderate time, and is still eligible for Tier 3 racing. Omitting a lengthy injury break in late 2019, that’s an average of 4.0 days between races. That figure would have been even tighter had it been promoted from the reserves on five other dates.

We can only guess what might have happened were the runs better spaced.

Whatever was said, stewards just “noted” the conversation. Indeed, what else could they do? There is no rule preventing this practice. Except perhaps common sense? Or asking the welfare department?

Greyhounds Australasia rules (R21A) and state guidelines do no more than ban racing twice in two days, with the exception of coursing.

On much the same subject, a comment on June 30 by trainer Dave Burnett about the brilliant Simon Told Helen was quoted by the Recorder, “It’s not an excuse, he was fairly beaten, but I think running the 29.11 at Sandown the week before may have flattened him a bit. How often do you see a really fast run not backed up the following week?”

The short answer to Burnett’s question is quite a lot, particularly over longer trips. Indeed, vet Dr John Kohnke has emphasised the same “flattening” nature of an LAW “gutbuster” on a dog’s system. GA has several times declined to answer queries about this contentious rule. Since the GA office possesses little or no racing experience itself, this would suggest one or more of its state members are not interested in the subject.

These are not isolated examples. It’s not the first time Victorian stewards have queried a dog’s racing frequency. They occur frequently but attract relatively little comment. Good news is preferred.

Anyway, the invariable reaction is that “the trainer knows best”. Unfortunately, proof of that theory is absent, as is the impact on the broader industry. In my previous article on June 4, and in a broader one in the Greyhound Recorder a couple of weeks ago, we saw that the trend is continuing and it is national in nature. The proportion of races at or below 400m is increasing by the week – now passing 60% – just as a virus spreads through the community, and aided by top prize money being awarded to 260m-350m winners under state policies.

This does not bode well for the industry. The breed is losing strength through some combination of parentage, training practices and prize money. The racing product seen by customers has long been in decline with too many competitors shortening stride at the end of the 500s while longer trips have been partially saved only by the relative popularity of the 600s – albeit often for dogs that were unsuccessful over shorter distances.

Even then, to take the example of the last big distance race – the 715m Sandown Cup – the finishing order was almost identical to the order at the first marker of six seconds or so. And the winner managed only an average 41.87 overall. Not much heavy staying prowess there.

GA is about to engage in a big review of national racing rules and, supposedly, will invite comments from all. What a great opportunity to go back to scratch and construct a sport geared to modern times. Mind you, COVID-19 will encourage that anyway.

Greyhound racing is a spectator sport, but it is also a business, so start with the customers and work backwards from there. GA is responsible for the basic rules about racing frequency, although the states have to implement them. But only the states can do much about prize money.

blah blah blah how many dogs you trained or owned ??

One more piece of diatribe to add to your mantle Bruce …

GA will not involve the actual owner/trainer/participant by the very virtue of their closed constitution. They do not have to involve those that handle dogs, and they never will. They have never apologised for their damaging document put out by Scott Parker quoting the made up figure of 17,000 dogs killed every year, which the anti’s republish nearly every day. Until GA apologise for that and make a statement saying that number is wrong, they are just another administration sitting in an ivory tower. Their waffle about a new strategic plan, concocted by sacked QLD CEO Elliott Forbes, is another… Read more »