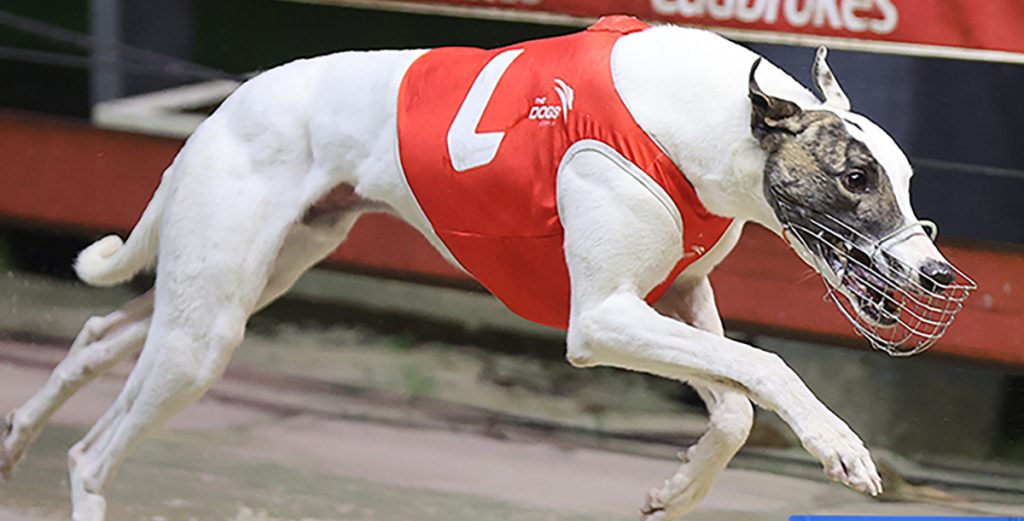 But that’d be a small inconvenience the Bendigo trainer would welcome, and there’s a good chance he might be left with that slight headache.

That is because Flight Risk and Red Reactor were strong winners in their heats last Saturday night and, as a result, are respective $7 and $4.80 winning chances with Ladbrokes for the $100,000 feature over 520m.

The rain did not deter them last Saturday, but Pell isn’t exactly hoping for the same miserable conditions again this weekend, either.

“I think they’re both good each-way chances. Flight Risk will have to begin as good as he did last week, or even a bit better, which he can do,” Pell told AustralianRacingGreyhound.com.

“If he does that and leads he’ll be right in it. And Red Reactor’s got a real good brain.

“So if he can find the fence by the first turn he can be right in it, as well.

“I was rapt with both their runs. They’d never been there before and they weren’t fifth-grade races.

“At Group 1 level they went super.

“It (the conditions) makes no difference. We educate them as pups whether it’s rain, hail or shine.

“They’re used to the rain and sun – it doesn’t matter.”

Pell – who’s lived and breathed greyhounds from a young age thanks to his late father Tom and mother Bev – had no shortage of congratulatory messages to read straight after qualifying both Flight Risk and Red Reactor into tonight’s final.

“When Flight Risk won last week, by the time I’d hosed him down and cooled him off and put him away – it was 15 to 20 minutes and I could feel my phone going off in my pocket,” he said.

“I think I had 58 messages – from the manager and president at Bendigo, right through to Anthony Azzopardi sending me well-wishes.

“It ranged from hobby trainers to multiple Group 1 professionals. The congratulations came from everywhere.

“That was just in the first 30 minutes, and I think I got another 30 after that.”

Along with the camaraderie, Pell – a former groundsman at Bendigo Greyhound Racing Association – loves everything about being a trainer.

His late father has the Tom Pell Memorial at Bendigo named in his honour, and Pell won that race with Let It Rain on April 14.

Both are also life members at Bendigo Greyhound Racing Association.

“I train dogs because of them. I was born into it – I just love dogs and all sides of it – the breeding and rearing and the break-in, and the hope of getting the next superstar,” Pell said.

“I’ve trained dogs since I turned 18, but Mum and Dad had them when I was little.

“Fingers crossed, if we happen to have the right luck it (Vic Peters Memorial) will be our biggest win, for sure.

“Having dogs all your life, I’ve been far and wide to every track in Victoria, and three-quarters of the ones in New South Wales.

“They keep me active and keep me moving, and they’ve been really good for me.”
More greyhound racing news