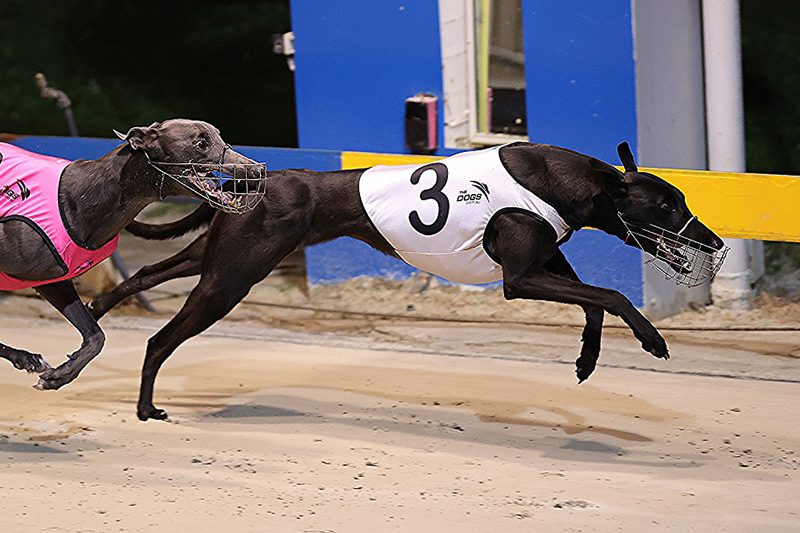 Good Odds Cash might have been defeated by the best greyhound in Australia in their past three match-ups, but trainer Frank Hurst still believes she can win the TAB Million Dollar Chase Final.

They were his thoughts after his two-year-old bitch won her semi-final at Wentworth Park last Friday night, saluting in an impressive 29.67 seconds over the 520m journey.

Hurst feels she’s still got some improvement left in her, and she will need to display that at the Glebe venue on Saturday night.

That is because Golden Easter Egg champion She’s A Pearl won her semi-final in a Fernando Bale-like time of 29.30 seconds. The fellow two-year-old has beaten Hurst’s star chaser the past three times they’ve met.

And if she runs that time again on Saturday night it will eclipse Good Odds Harada’s Million Dollar Chase Final record time of 29.34 seconds, which he ran for Hurst in 2019.

But Hurst believes Good Odds Cash can build on her semi-final effort against her arch-rival.

“I thought she’d go a bit better. She had 10 days between runs, and she was probably a little underdone.

“But she probably should’ve had another run during the week.

“I expected her to find the line a bit better.

Adding intrigue to the MDC final is the fact She’s A Pearl (box four for Jodie Lord) and Good Odds Cash (box five) will line up against each other in the middle of the pack.

Hurst was stunned at She’s A Pearl’s incredible effort in her semi-final last week.

“She’s sensational. She’s the best bitch in Australia, by far,” he said.

Meanwhile, She’s A Pearl owner Joe Lannutti said the atmosphere at the historic Glebe racing track could be even better than when his star bitch won the Golden Easter Egg Final on April 9.

The two-year-old’s supporters went crazy as she found an ideal inside lane to hit the front at the first turn.

She wasn’t headed from there.

“It’ll be a good atmosphere. It could be bigger.”

She’s A Pearl is the $1.45 favourite with Unibet to win the 2022 Million Dollar Chase Final.

Good Odds Cash has been given generous odds of $7.50.