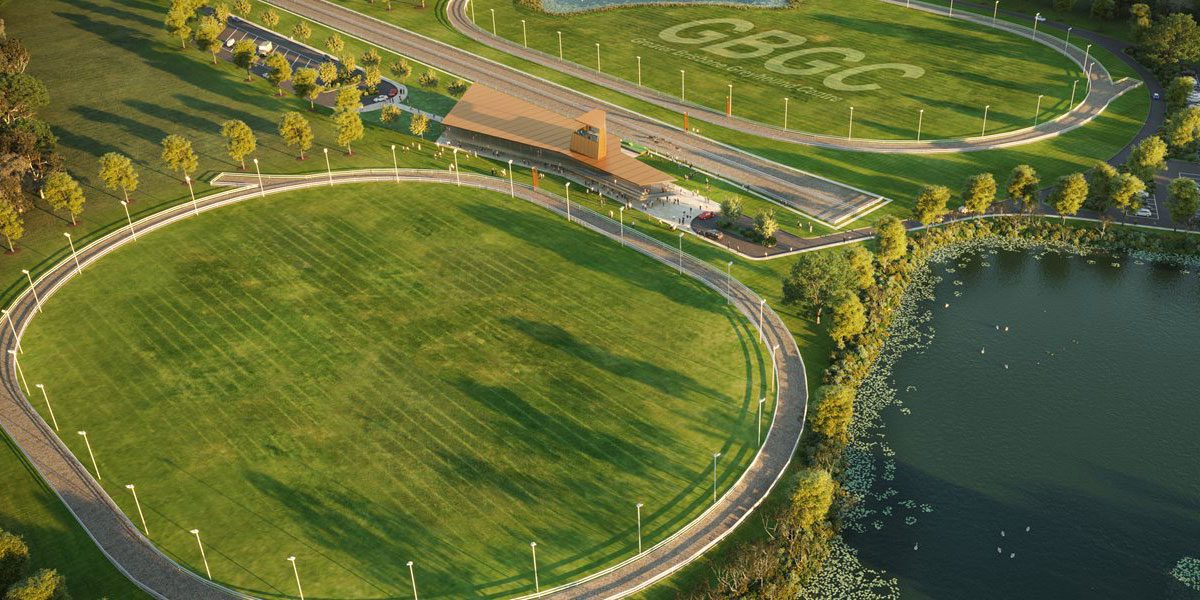 Queensland greyhound racing prizemoney is set to get a modest $1.7 million boost under the Queensland Government’s Racing Queensland’s Investment Growth Plan released yesterday that notably made no mention of the Greater Brisbane Greyhound Centre (GBGC) proposal.

The announcement comes as a result of the Queensland Government securing a two year 35% Point of Consumption Tax (POCT) deal which is expected to deliver $41.3 million in taxes to the government from punters pockets. The racing industry will receive $28.9 million of the expected tax windfall.

The taxes raised are expected to be distributed among the three racing codes according to the following formula:

There was no explanation as to how the distributed figures were calculated.

Racing Minister Grace Grace yesterday released the Racing Queensland’s Investment Growth Plan noting that “an increase of $4 million in grassroots thoroughbred racing will see a rise of $2,000 for every maiden race at TAB meetings and a rise in minimum prize money to $8,500 for all non-TAB races. There is also an increase of $1.7 million in grassroots greyhound prize money and nearly $1 million for harness racing”.

The $1.7 million boost to greyhound prizemoney will be allocated as:

Remaining funds will be allocated to

There was no detail with regard to the “investments in greyhound care” nor the “critical racing assets” that require repair.

“It is important that we provide all participants with the confidence to continue to work and invest within the Queensland racing industry,” he said.

“As a result, we are providing strategic funding for our three codes, with a strong emphasis on commercial competitiveness at the grass roots and making Queensland attractive for all participants.

Racing Queensland CEO Brendan Parnell said the investments were being staged across two financial years, having experienced revenue pressures due to the conclusion of the Queensland TAB minimum payment guarantee last December.

“We want to give Queensland participants the confidence to invest longer term in our racing and breeding industries as we strive to be more competitive with other jurisdictions,” he said.

Later in 2008, Ipswich greyhound track came under threat with a similar hospital proposal that did not eventuate but did demonstrate the fragility of the greyhound industry more than a decade ago and long before the live baiting dramas that began in 2015.

Border Park which was officially a New South Wales track located at Tweed Heads but was right on the New South Wales and Queensland border, and was at one point highly utilised by South East Queensland trainers; but the gates there were closed for the final time in 2016.

The latest proposal was for a Greater Brisbane Greyhound Centre (GBGC) at Purga near Ipswich, but that plan seems to have stalled. The project has now been in a “stakeholder and community feedback” stage for over a year with the latest step being a community engagement and consultation survey which is earmarked to close on August 6th 2021.

Ominously, all mention and reference to the new Purga greyhound track on the Racing Queensland website now redirects to an external website: https://haveyoursaygbgc.com.au/.

There was significant noise from anti racing groups when the latest GBGC greyhound track proposal was announced, so with yet another “engagement” process being undertaken by Racing Queensland, industry participants have genuine cause for concern that any negativity resulting from the consultation could be used by Racing Queensland and the Queensland Government to yet again step back from the commitment to a new greyhound track for South East Queensland.

The “on again off again” nature of Queensland’s new track has a long and murky history. Previous proposals for new Queensland greyhound tracks at Deagon and Logan have both died on the vine.

Logan was first touted as a potential site for greyhound racing more than 12 years ago, with Greyhounds Queensland commissioning a survey of Cronulla Park back in January 2009. Logan’s Cronulla Park had been the rumoured site of a new racing facility since the greyhound track at Beenleigh Showgrounds closed in 2003.

Queensland Racing Chairman Bob Bentley in 2010 said the Logan option for a new greyhound site was dead in the water.

In 2011 RQ then launched an elaborate infrastructure review which took several months and looked in detail at three possible greyhound locations. One of these was Deagon, north of Brisbane airport, which was eventually selected in late 2011 and became the subject of very expensive planning work by engineering consultants with plans for a multi-code development at Deagon. Dogs and trots were to move from Albion Park, thoroughbred trainers would be forced to move their training facilities elsewhere. RQ presented an elaborate and expensive plan from consultants to the public.

But RQ Chairman Bob Bentley announced in February 2012 that RQ had officially withdrawn from the Deagon proposal to pursue Loagn again saying that “There has been increasing angst, particularly within the greyhound racing industry, that the legal action surrounding the sale of Albion Park and uncertainty over the Deagon development application was delaying vital projects for simply too long,”

“Greyhound racing in South East Queensland is in desperate need of a new home. Logan will be more than a home, it will the premier greyhound racing facility in Queensland, if not Australia.

“RQ will have the business case for Logan completed next week with construction to start before the end of financial year.” Mr Bentley said. Bentley went on to say that “Brisbane City Councillors made it clear they were unwilling to consider the Deagon application based on merit. We’re fortunate that there is an alternate site at Logan that is ready to go and has the strong, unified support of the greyhound industry and Logan City Council.”

At the time Bruce Teague writing for Australian Racing Greyhound noted “RQ is already under fire for failing to adequately consult participants on the proposed multi-code development at Deagon, to the north of the CBD, where it is still well short of obtaining necessary planning approvals. An alternative development at Logan to the south, which had been expensively researched and planned, was also canned without notice or consultation.”

In 2012 Bruce Teague noted that the Racing Queensland approach to future planning for greyhound racing was at best confusing, writing that “A year or so ago RQ claimed that the previous decision to move from Albion Park to Logan, SW of Brisbane, was no good and wiped it from the books. Tens of thousands of dollars in preparatory costs went down the drain, to say nothing of confusing the civic fathers in Logan, who had put their shoulder to the wheel”.

By 2013 very little had happened so RQ felt the need to recommit publicly to the project issuing press releases to say that Logan greyhound track was back on the books. RQ Chairman Kevin Dixon said that “The Gold Coast Greyhound Racing Club will have a $12 million new home at Cronulla Park in Logan which is set to include the construction of a one-turn track with additional kennels, patron facilities and car parking”. At the time Dixon added that “the project has been on and off the table for many years and finally the time is right to progress”.

By 2017 and with no further progress made, the Logan greyhound track proposal was yet again shelved, this time forever. Queensland Racing Minister Grace Grace confirmed that the location would never be considered for greyhound racing again moving forward saying that “As Racing Minister I just want to confirm that Cronulla Park will no longer proceed as a greyhound racing track”.

Nothing substantial eventuated for over two years until 2019 when the current Greater Brisbane Greyhound Centre (GBGC) Purga greyhound racing precinct was proposed.

The GBGC Purga proposal was for a three greyhound track precinct that would replace both Albion Park and Ipswich greyhound tracks and co-locate the two greyhound clubs in the one precinct. It was originally proposed to be race ready for 2023, but the gates are now not officially scheduled to open until 2024 at the earliest.

With very little concrete progress having been made since 2019, and the proposal still stuck in planning or enagagement stage; Queensland greyhound racing participants are justifiably sceptical the gates at Purga will ever open.