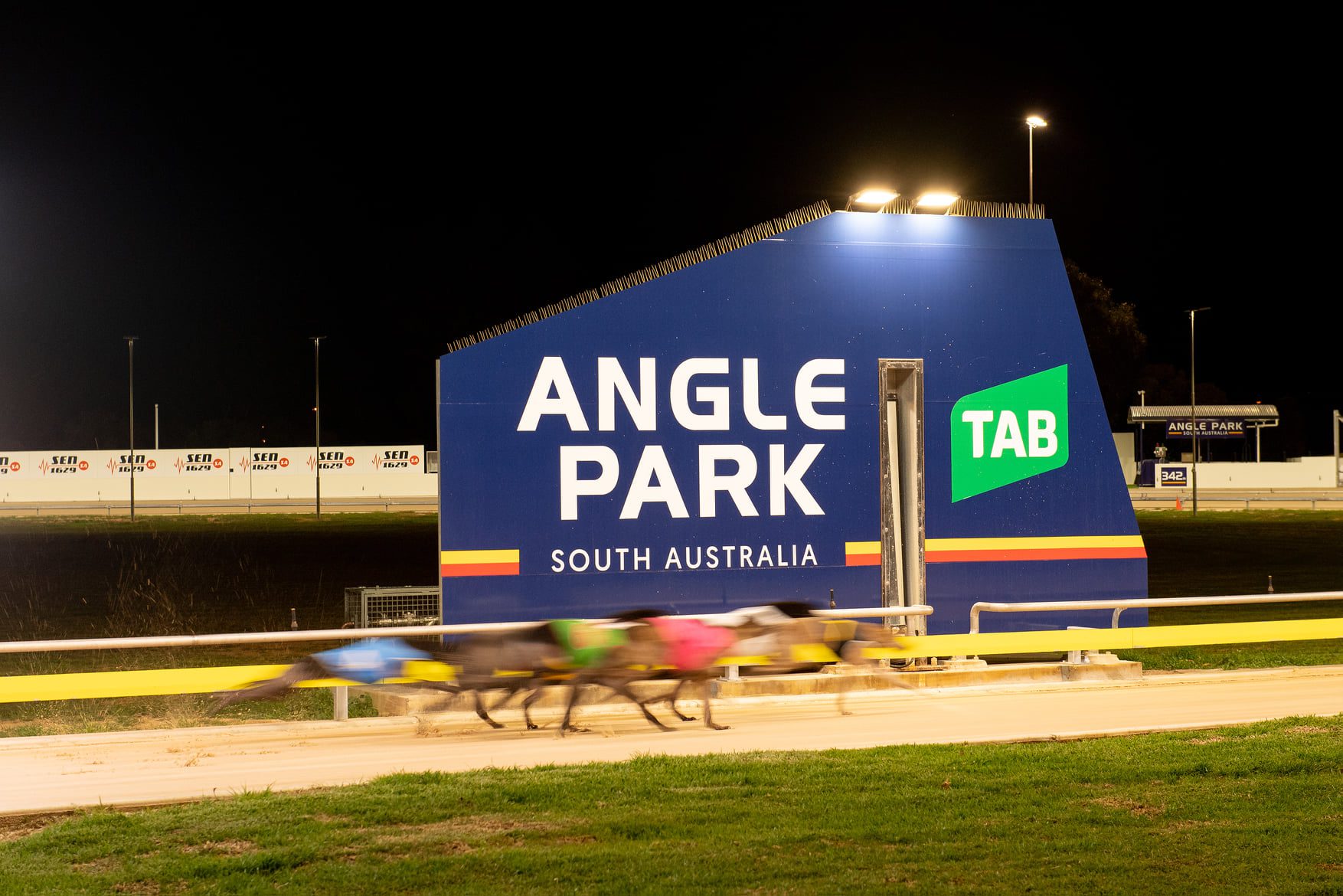 The highlight of last Thursday night’s racing at headquarters in South Australia was the running of the Group 3 Howard Ashton final at Angle Park, which saw a wonderful field of locally bred sprinters assembled with Springvale Max trained by Gavin Harris charging home late to claim the $25,000 first prize.

Springvale Max was sent out a clear second favourite from box six with ‘hot pot’ He’s All Purpose starting a short priced favourite with online bookmakers from the inside draw.

Both greyhounds have been in terrific form and many believed they would fight out the feature classic which is how the race panned out.

As the start was affected He’s All Purpose began brilliantly as expected and led clearly to the first turn with My Mum’s Value for Robert Barclay moving up strongly into second.

Springvale Rex for Gavin Harris, Black Cobra for John Sargent and Mo Slater for Wendy Sebastyan were all in a line challenging for third while Springvale Max was looking to slot in just behind this group along the rails as they left the front straight.

Into the back straight and He’s All Purpose was leading by just under a length from My Mum’s Value who was sticking with him while Springvale Max and Black Cobra battled out third however Springvale Max had found his way to the rails and began to make good ground along the paint.

Off the back straight and He’s All Purpose finally snuck away from My Mum’s Value who was doing his best however the big danger loomed with Springvale Max running to a clear third with the leader well in his sights.

Turning for home and as most thought it developed into a two-dog race with He’s All Purpose trying to hold of the charging Springvale Max who was railing hard.

Into the front straight and the run came for Springvale Max who charged through to claim a brilliant win in a flying 30.42. He’s All Purpose was brave in defeat ¾ length away with Springvale Rex getting home well for third just ahead of My Mum’s Value.

Springvale Max is by Barcia Bale out of Springvale Bryne and is owned & bred by Gavin Harris who has now won 19 races from his 38 starts including 10 minor placings and prizemoney around $58,000.

Howard was instrumental in the professional running of Greyhound Racing in South Australia for many, many years as an Administrator of the Industry.

He started his journey at Angle Park where he managed a number of roles locally along with positions nationally as the Executive Officer of GCA.

South Australia has only 2 other inductees in the Hall of Fame, Brian Johnstone and Doug Payne, who also have races named in their honour.