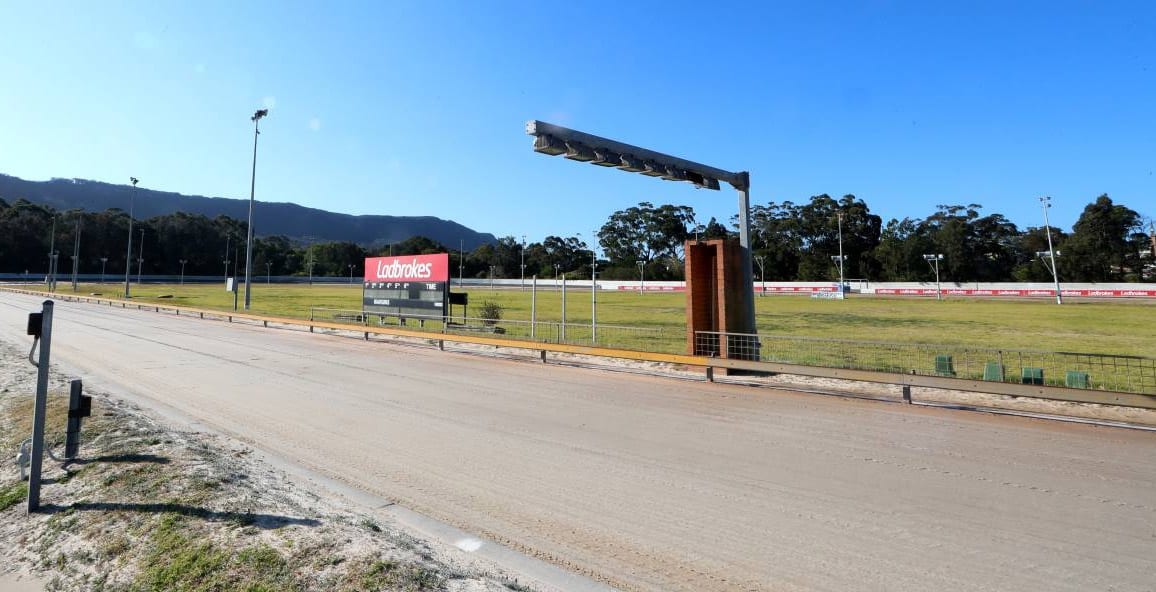 In November 1948, the Chief Secretary advised the Woonona Sporting, Trotting and Racing Club the government would grant a licence to the club to race at Slacky Flat (Bulli Sports Ground). On February 22, 1949, a greyhound racing club was formed.

The first meeting, held on a Saturday afternoon, took place on November 4, 1950. A crowd of just over 2,300 people attended the 10-race meeting with events over 500m and 700m yards on a grass track.

Tumble Turn annexed the second event, by six lengths, in 27.8.

The first 700-yard race was won by Prince Min (box 3) who won by six lengths in 39.0 seconds. Among the first-day winners was Gwydir Boy, who later became a star at Harold Park.

The first night meeting took place on September 22, 1952. Delayed from the previous Friday, the club opened the meeting on the Monday night as free for patrons. Heavy scratchings because of the delay meant some races had only five or six runners. Ten races were run, with the first winner being Fair Gay. The last event saw The Scorcher equal the 700 yards track record of 38.5, for the second time.

The flagship event to be run at Bulli is the Cyril Rowe Gold Cup, named after a former chairman of the NSW Greyhound Breeders, Owners, Trainers Association, over 472m. The feature was elevated to group 2 status for the first time in 2015, having been run as a group 3 event in previous years.